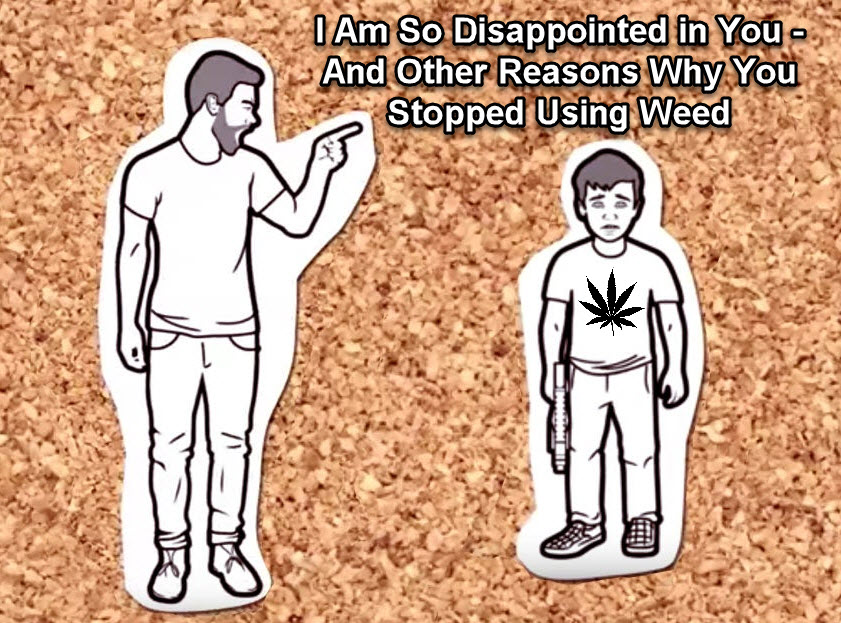 Did you stop using cannabis for a time in your life, if so, why?

I am so disappointed in you.

The parent’s nuclear weapon option, to be used only in situations when you need drive home a major life event or lesson to a child.

As a child it is the worst thing to ever hear from your parents.  Your parents can yell at you, call you stupid for doing something, shake their head, roll their eyes, call you moronic, but when the disappointed line comes out it is a kick in the gut that a child never forgets.

“I came home one day and it was just my Dad, sitting at home, waiting for me to come in the door. He sat me down and said he understood why my brothers who were jocks were boozing and smoking weed, but why me?  I was a good student, going places in life, why are you smoking weed and doing hash?  I am so disappointed in you.”

Dad used the nuclear phrase, at least to sons, of being disappointed in him.

“It still sticks in my head to this day.  I use cannabis now and I grow and recommend it for my son who has had numerous concussions, but I stopped for a long time because of my Dad saying that.”

“I was a football player and my son grew up wanting to be like me, I am his Dad.  So I felt somewhat responsible for his concussions and getting him on cannabis has done miracles for him.  That is why I am involved in cannabis; I have seen first-hand in my own family how much it helps.  Is there some fatherly guilt?  I wanted him to feel better and get better and he totally is now.”

Why did you stop using cannabis for a certain time?

The conversation today brings up a powerful question.  Was there ever a point in your life that you were using cannabis and then stopped?  If so, what was the reason?  Some people may say it was funding and running out of money for weed at a certain time of their lives.  Maybe some people moved from an area where it was easy to get cannabis to an area where it was much harder to find it and just kind of gave up trying to get it.  Some people have said they got “tired” of how cannabis made them feel or “clouded their brain”.

Others expressed that they had to stop for a job or job change.  A drug test or job that required frequent testing could cause someone to give up the plant for sake of employment.  Does becoming a parent make people stop using pot or joining a different social group?  The stigma around cannabis use was MUCH different 30 years ago if you were a Mom smoking week or you changed social groups to a group that frowned upon drug use while enjoying wine and beer.

Father-son and mother-daughter issues over the plant are the most memorable as they leave indelible marks on the soul when there is disappointment in letting your father or mother down.  Our parents came from a different generation.  My grandmother forbid us from getting a tattoo let alone smoking weed, so with each new generation we seem to becoming more liberal in our kid’s expectations and social orbits.

Have your ever had to stop using cannabis for a time period in your life, if so, what was the reason, tell us below!

PARENTS AND WEED, READ THESE..

CAN YOU BE A GOOD PARENT AND SMOKE WEED, CLICK HERE. 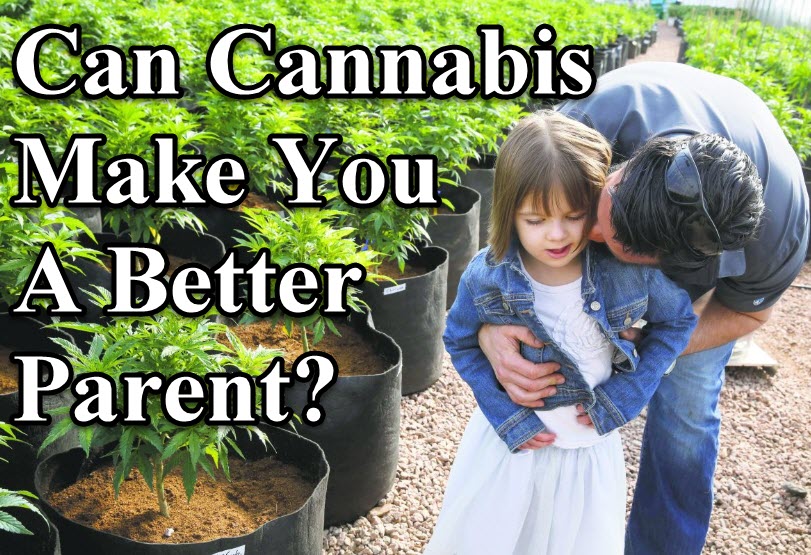 CAN CANNABIS MAKE YOU A BETTER PARENT? CLICK HERE.