Is Cannabis Paranoia a Real Thing?

Is Cannabis Paranoia Really a Thing? 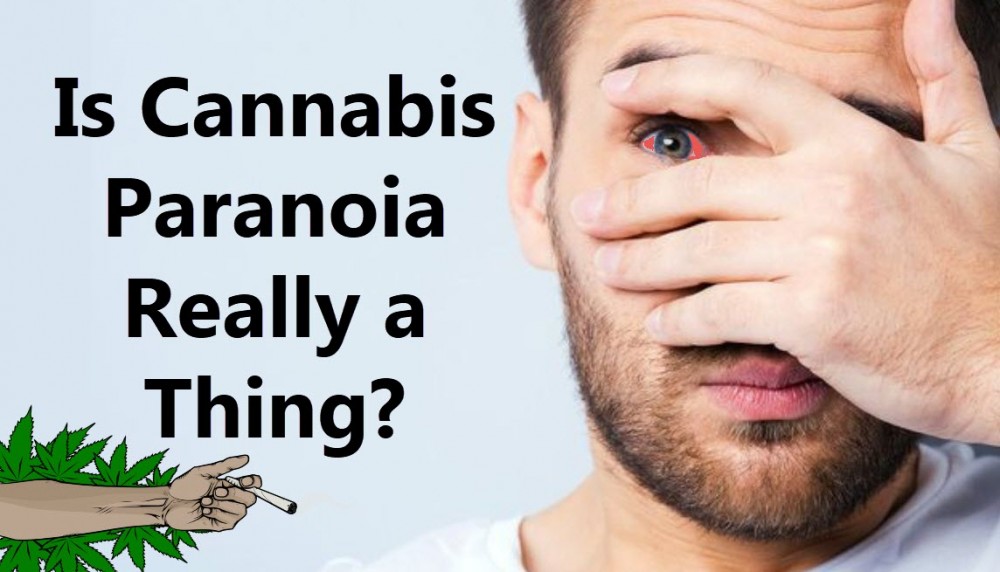 Rockwell’s 1984 song, “Somebody’s watching me” probably captures the essence of paranoia the best. According to Prof. Daniel Friedman from the University of Oxford describes paranoia as, “excessive thinking that someone is trying to harm us.”

The way they figured this out was to inject half of their subjects with THC intravenously, while the other half received a placebo. Their results showed that 50% of those who took THC did have elevated signs of paranoia, compared to 30% of the people who took the placebo.

Of course, this isn’t definitive results due to the fact that it only sampled a small population of people, but it does give us insight into the question; “does cannabis induce paranoia”.

I for one, am not totally on board with this assumption. While I have experienced cannabis induced paranoia personally in my teen years, it has been nearly two decades since I experienced paranoia even remotely.

So what changed? Why do I no longer experience paranoia? What are the triggers for these “extreme thoughts of people wanting to harm us?”

I have a theory.

Some Reasons why you can get paranoid

Paranoia is not fun. It doesn’t simply come and make you think someone is trying to harm you. It also produces anxiety, fear and reduces your ability to think rationally. To reflect on my past, and in the attempts to identify the causes of my paranoia, I need to travel back to a time before the acceptance of cannabis in society.

Of course, in most places, the laws haven’t caught up with the idea of legalized cannabis yet, but the overall acceptance globally of the plant cannot be denied. It’s quickly becoming a part of society in a legitimate light.

Nonetheless, when I smoked weed there were a couple of factors that contributed to my paranoia.

All of these factors created a hostile environment that created a risk factor – “getting caught”. Getting caught would mean dire consequences. Perhaps not of physical harm, but it would have had serious implications if I was caught stoned.

This state of existence obviously made me more aware of the “what if” scenario, meaning that in the back of mind I was always watching and observing my surroundings. Suddenly, you hear a ‘noise outside’ and think, “oh shit, I’m busted!”

In fact, every single time I felt paranoid when smoking weed, it wasn’t because of the cannabis, but the fear of getting caught. And this is where I think “cannabis-induced paranoia” comes from. It’s actually induced from “prohibition” itself.

In my personal story, whenever I went to the mountains away from society, paranoia would never visit me. However, smoking in my parents’ house at age 15, easily triggered a paranoid spiral. In other words, where you smoke matters a lot.

If you’re in a safe environment, a place where you feel comfortable and in control. You’ll never really experience paranoia. However, smoke in a place with some risk, like a public park or while driving…and suddenly that changes.

You hear sirens in your favorite rap song and you’re checking the rear view mirror for cops, cold sweat dripping down your forehead. Why? Because getting busted would not be good.

This is where I think scientists failed to see the connection between prohibition and paranoia. The “extreme thoughts of someone trying to harm us” might not be a physical harm, but rather a legal one. Back in the day, cannabis laws could ruin your life. Get a conviction, and you can say goodbye to loans, good jobs and you’d essentially have to dig yourself out of a legislative hole that would keep you suppressed for years.

In the case of cannabis consumption, at least back in the day, the paranoia was justified. Getting caught = serious harm.

In many cases, the paranoia is heightened by the cannabis. You see figures walk, and you think it’s an undercover cop. The car standing suspiciously in the corner, could be pigs waiting to take you down.

The point I’m trying to make is that when you remove these potential “risk factors” from consumption, paranoia vanishes from the cannabis consumer.

How to climb out of a weed-induced paranoia spiral

However, let’s not be ignorant and think that paranoia and cannabis could never happen. The fact of the matter is that at times, people can get paranoid under the influence of weed.

So what do you do when you’re feeling paranoid after smoking cannabis?

I personally think that adults, would hardly experience cannabis-induced paranoia these days. Especially under a legal system. Teens that smoke weed, might still experience these issues because they are still at risk of getting caught.

Perhaps I’m missing the mark here, but I don’t think so. The fact that I haven’t felt paranoia with weed since I became an adult gives me the indication that our environment plays a much bigger role in triggering paranoia than cannabis does. 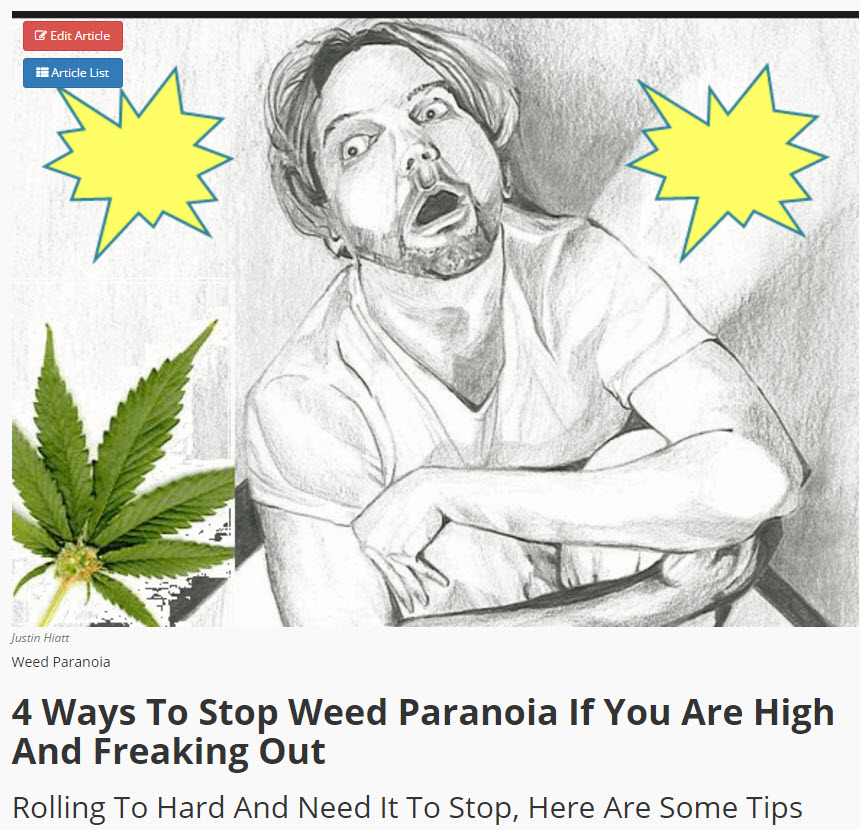 WEED PARANOIA AND HOW TO STOP IT, CLICK HERE. 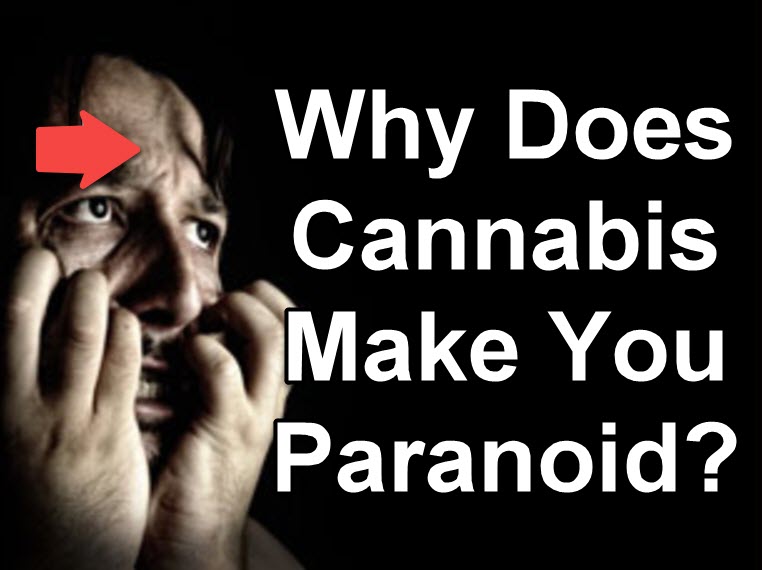 I TRIED WEED AND GOT WICKED PARANOID, CLICK HERE.