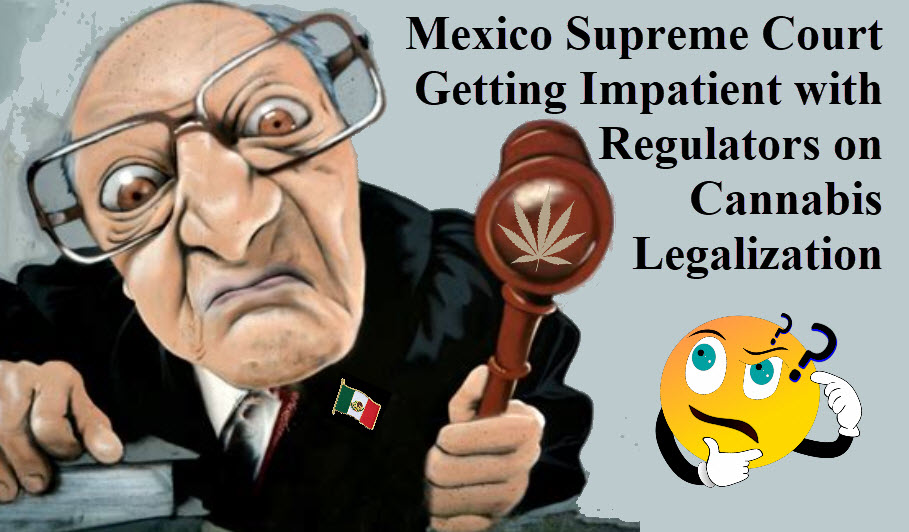 In 2017, Mexico legalized cannabis on a national scale – sort of. As opposed to the United States, that is legalizing cannabis on a “state-by-state” scheme, Mexican cannabis activists took their battle all the way to the Supreme Court.

Within the Mexican Constitution, if the Supreme Court rules on five different occasions on a particular “thing”, then it would become constitutionally amended to become law. This is exactly what happened with cannabis in Mexico.

On five separate occasions, the Supreme Court ruled in favor of cannabis rights for its citizenry. The final nail in the coffin was a declaration that the Mexican Constitution grants protections such as “the right to express your personality”.

Advocated rightfully argued that cannabis is not just a plant, but there is an entire sub-culture associated with the plant. For anyone who feels that cannabis helps them express their personality, the constitution essentially protects citizens from the law when growing and consuming cannabis.

While on a “technical” level, cannabis was legalized – Regulators are taking more than two years to create the framework. There have been a few suggestions laid out and the Health Minister did do some investigation, but no final date was established.

Andres Manuel Lopez Obrador, or AMLO as the locals refer to him, was meant to create a “new regime for the people”. He won the previous presidential elections and vowed to “get rid of corruption and violence” in the country.

One of the things he hinted at changing was the draconian approach to marijuana enforcement, citing that it would be a powerful weapon against organized crime (if legalized). However, since he came into power, he hasn’t done much to change things on the cannabis front.

Rather, he’s been advocating creating an airport (which sparked a lot of controversy over the cancellation of the previous one [which isn’t technically canceled either]) as well as trying to build a refinery in Mexico for a third of a price estimated by international contractors.

Since he came into power, Mexico only grew by less than 1%, and virtually all foreign investment has ceased to flow into the country.

While he is making some significant changes to certain aspects, like gutting programs that support the arts, environmental protections and trying to establish a “national guard”, he hasn’t said much about the reforms in terms of drug policies.

The Supreme Court Had Enough

The Supreme Court doesn’t answer to AMLO though. They are their own entity within the government and since their ruling, they haven’t seen much progress. Recently, the government held public hearings on cannabis reform and now are compiling data.

According to news sources, the Supreme Court is mandating that by October of 2019, the legal framework for cannabis must be implemented. They claim that medical patients are currently in limbo with the law until this is done.

While the attorney general did send a mandate to local and federal judges to “not prosecute” any cannabis offenses, the memo didn’t quite make it to the police yet.

While it’s defacto legal in Mexico to possess and consume cannabis now, cops will still arrest you and haul you down to the station. In most cases, they’ll try to extort a bribe from you, but in the case that you do land in front of a judge, they would not prosecute.

This makes it difficult for consumers to continue with their cannabis activities without the fear of corrupt police officers trying to shut them down.

Will October be the Official Time for Mexico to Legalize?

In all likeliness, Mexico will be only presented with the framework, however full implementation of the framework will only truly happen in 2020. Nonetheless, many activists are gearing up for the new system establishing clubs and increasing educational efforts within the country.

Under the proposed initiative, Mexicans would have the right to grow up to 20 plants per year with roughly a half a kilo designated for personal consumption (also within the period of a year). However, what most people are interested in is the licensing.

Who will get to grow, sell and transport cannabis is where the real money is. Digitally, there has been an increase in cannabis-related domains in Mexico. This shows us that there is a definite interest when it comes to establishing the Mexican Cannabis trade.

For now, we’ll still have to wait and see, however in all likeliness we’ll have much more clarity by the end of this year when it comes to Mexican Cannabis. Once the regulations are in place, it should take approximately two to three years for the trade to be ‘export ready’, which will open a new chapter in North American Cannabis Trade.

Mexico stands to be a significant player in producing raw materials for companies in Canada and the US. Canada is currently relying on countries like Jamaica, however, in terms of sheer landmass; Mexico’s potential is far more significant. 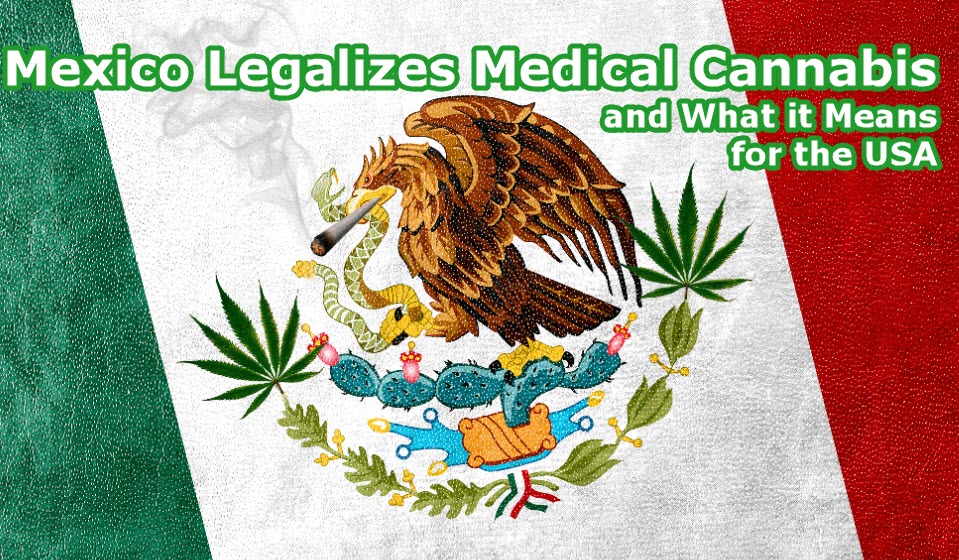