Home Marijuana News No, Marijuana Did Not Kill Your Son

No, Marijuana Did Not Kill Your Son

No, Marijuana did not kill your son…

A recent article in USA Today was about the loss of a US Veteran who took his own life. Except, that the title read; “There’s nothing funny about today’s highly potent marijuana. It killed my son.”

Obviously, a grieving mother tries to find answers to something as horrific as a person hanging himself. But blaming cannabis and the cannabis industry is a stretch.

According to the story, Andy who served in Iraq with the Army’s 82nd Airborne Division, he became addicted to pot via a medical marijuana card. He claimed that he wanted to quit, but simply couldn’t. He left this world with a suicide note that read;

“I want to die. My soul is already dead. Marijuana killed my soul + ruined my brain.”

He then hung himself.

Is weed to blame?

Of course not. According to the story, Andy was hospitalized in five mental health hospitals and did two court ordered mental health treatments as well. They don’t specify why he went to mental health facilities, but it’s quite obvious that previous to his marijuana use…Andy had issues.

Perhaps it was PTSD related due to his time in Iraq, or perhaps there were other underlying issues that needed to be addressed, however to say that “weed” made him do it…is not accurate.

But what about his suicide note? He specifically said that “marijuana killed his soul and ruined his brain”, but if that was the case, going to a rehab center would have fixed that issue. We have plenty of studies that show that when people stop smoking weed, the physiological effects wear off within a period of 90 days. In other words, it completely leaves your system.

If weed did kill his soul, he could have recovered it by simply going to one of the many available rehab centers.

Suicide is a mental health issue. The individual perceives the problems in their lives as ‘too big to handle’. Anxiety, depression, traumas and lack of purpose can all be factors in making someone think that ending their own life is the best answer.

However, in most cases, people aren’t cold and calculated when they end their own lives. They enter into a state of disconnect. A psychotic state where inflicting self-harm seems plausible. While high amounts of cannabis can affect people with mental disorders differently, we cannot blame marijuana as the culprit for motivating the decision to kill oneself.

I understand that Andy’s mother wants to make sense of what happens, and his suicide note seems to be pointing her in a particular direction. However, by analyzing the nature of the suicide note, it’s somewhat obvious that Andy was depressed to the point where ending his own life was the only choice he saw.

When a Soul is Dead

What does it mean when someone says, “My soul is dead”? It means that they lack purpose. They don’t have anything to live for. They don’t feel like people care enough about them. They feel lost, hopeless and empty.

When we work in “soul sucking environments”, we don’t feel complete. We feel like we “waste our time” and are doing meaningless activities that don’t help us grow as individuals.

In Andy’s case…he claims that Marijuana killed his soul. However, I believe his overall depression was the main cause, cannabis was merely a Band-Aid on a psychological disorder. It didn’t solve the problem, it merely helped alleviate some of the symptoms.

Yet, who was there to talk to Andy about his soul? Who was available to see the signs of suicide? Why did the five mental hospitals not pick up on the suicidal tendencies of the patient? Why weren’t there regular follow ups?

The Problem is Bigger than Cannabis

It’s not about cannabis, it’s about the importance of mental health in our society. Depression is one of the major cost factors for international commerce costing hundreds of billions of dollars per year. Yet as a society we tell people to “toughen up”.

People are primarily left to their own devices to deal with traumas, psychological disorders and other mental health issues. Usually, only when shit hits the fan, do we begin to seek help in this sector.

Ideally, we should incorporate mental wellbeing into every facet of society. Within schools, businesses, the government and even in the public space, mental health is being neglected and as a result, people end up doing things like committing suicide.

While I’m not saying that cannabis didn’t play a role in Andy’s decision, I believe that the issue is far deeper than “weed killed my son”. Rather, depression and mental health issues motivated your son to take his own life.

Nonetheless, the pain is real and for any grieving mother, finding someone or something to blame will help them deal with it. However, let’s rather look at the real reasons and see if we can prevent it from happening in the future.

MORE ARTICLES YOU MAY ENJOY… 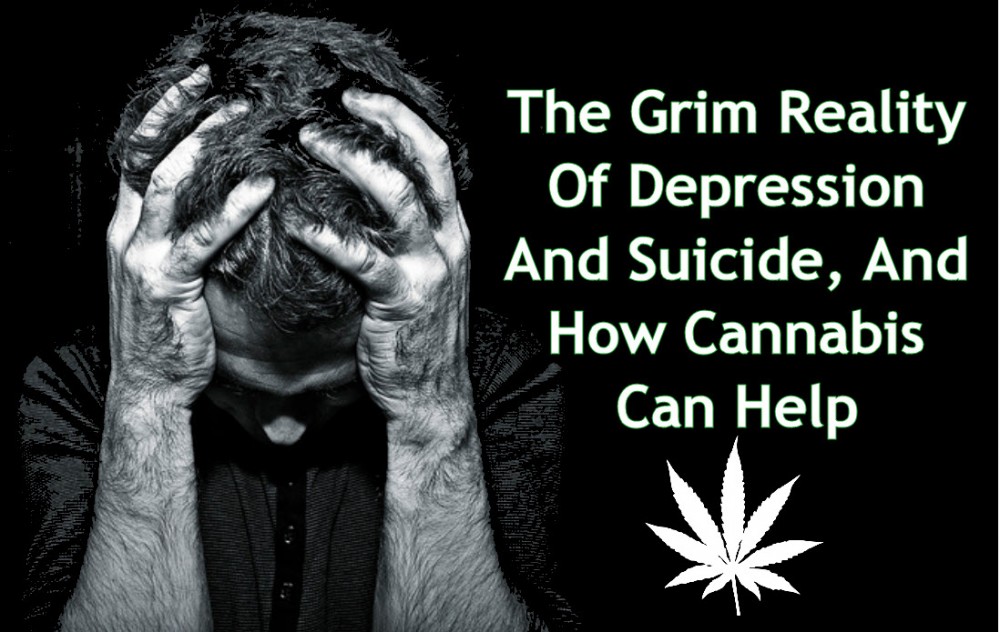 CANNABIS AND SUICIDE – HOW IT CAN HELP, CLICK HERE.