Home Marijuana News What if the US Government Adopted the New NFL Marijuana Policy?

What if the US Government Adopted the New NFL Marijuana Policy?

Is the NFL Maturing in their Drug Policy & what does this mean for the US? 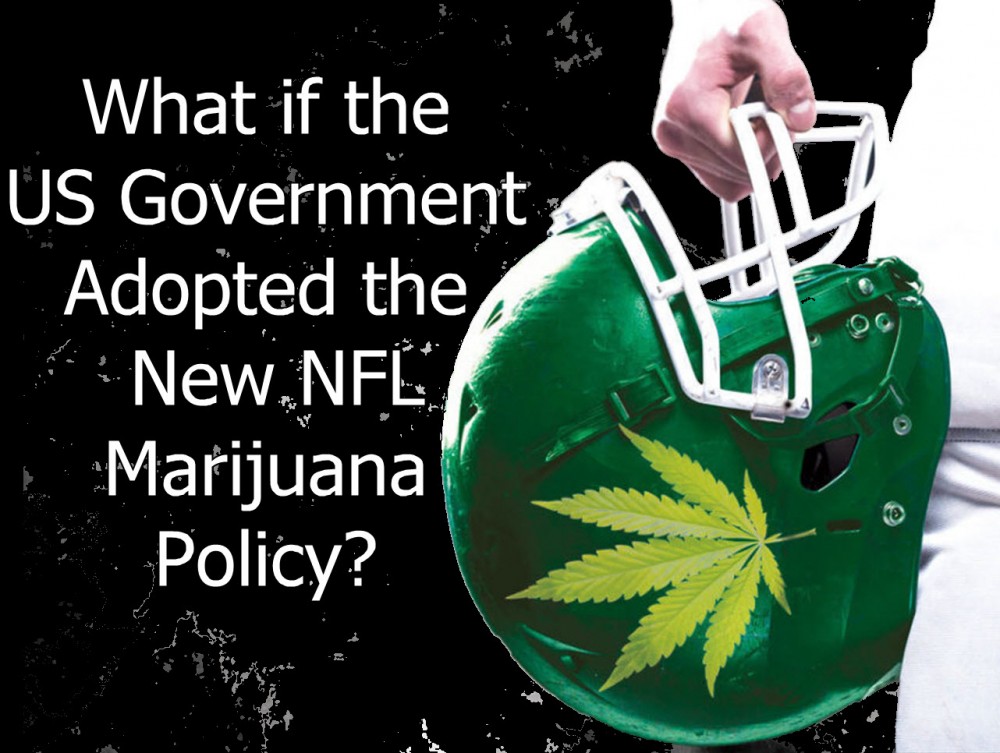 This past Saturday – 14th of March 2020 – the NFL voted to change their policies on cannabis. According to several news outlets – the NFLPA voted on a new collective bargaining agreement in a very narrow vote – only passing by 60 votes.

What this agreement ensures that for the next decade there will be “labor peace”, the regular season will now be 17 games and playoff field has been increased from 12 to 14 teams.

However, the most important thing – at least for us here at Cannabis.net – relates to the changes in cannabis policy. There will be NO SUSPENSIONS for testing positive for cannabis. Additionally – the testing period has been limited to the first two weeks of ‘training camp’ and the threshold has also increased to test positive from 35 to 150 nanograms of THC.

There were rumors that the NFL might have removed all game suspensions for testing positive for any drug however, I still couldn’t confirm as of writing this article. I’ll make an update once I know more.

HOWEVER, when it comes to the cannabis side of things I do have a bit more information. Specifically, that there would be “fines” for testing positive for cannabis ranging from a half a week’s salary to up to three week’s salary depending on the frequency of the offenses.

Nonetheless – it’s pretty good news when one of the largest American institutions are changing their tune on drugs.

With “The Great Orange One” sitting at the helm in the US and “Cotton Head Grampa” sitting on the Mexican throne and a slew of “political agents of shit-fuckery” running countries all over the world – we might question our maturity as a society.

If we really were mature – why elect these imbeciles to rule us? If you are an adult…Why have rulers at all? Shouldn’t we have “collaborators” as opposed to Leaders? But I digress…

The NFL policy change is good news for us all. The fact that these, once puritanical organizations, are willing to change their outdated policies to take a “Clinical” approach as opposed to an “enforcement” approach – it means we’re changing.

If the NFL removed ALL drugs [excluding performance enhancing] – as is rumored – then we’ve made a giant leap forward for progress.

We have seen that Colorado recently decriminalized all drug use/possession – taking a humanitarian approach to drug consumption over attempting to “arrest their way out of the problem”. MLB also completely removed cannabis from their banned substance list. I mean – you can smoke weed and be a professional baseball player.

Now – with the NFL also playing ball with these changes – are we seeing a shift occurring on a national front? Federal?

It’s also important to understand that the NFL isn’t endorsing cannabis. They are simply become less rigid about things. They are coming around to the fact that cannabis doesn’t “enhance you” and at most, “helps their players” and thus – it’s counterproductive to suspend players for testing positive – especially if they live in a cannabis-friendly state.

Players still won’t be able to be endorsed by cannabis companies [yet] mainly because its illegal on a federal level and the NFL ‘don’t play like dat!’ This will probably change after cannabis is federally decriminalized or legalized following 2021.

The Puritanical Nature of Sports

In virtually every sector of society – utilizing technology, innovation and scientific exploration – we enhance our processes. We always try to make ourselves – faster, stronger and better.

For sports, we have this idea that in order to be “good at sports”, you cannot rely on any technological or nutritional boosters. Why? To make a level playing field? To make the competition “fair?”

While it’s true – and completely unfair – that someone on steroids has an advantage physically over someone who does not. If there’s one thing we’ve learned from prohibition is that ‘banning stuff’ doesn’t work.

Some players – regardless of the rules – continue to use performance enhancing drugs. Do you honestly want me to believe that the big beasts of the NFL got that big solely by natural means?

Of course not! They use muscle builders, protein powders and a slew of other “performance enhancing substances” yet are barred from “steroids” because for some reason – that is bad! There isn’t really too much science to show that if used responsibly – that it is bad. Rather – the evidence shows that strategic steroid use could actually benefit players, help them recover and protect them from high velocity impact.

Similarly – the use of THC has a beneficial effect on protecting players from obtaining brain damage. Yet, under the puritanical approach of the NFL – how many players had to suffer life-altering accidents in the name of “purity”?  How many of the “non-steroid users” got mauled by the “secret steroid users”?

Perhaps – it’s time we discard all of these ideas and make different categories for sports…make it more diverse.

While this last bit is slightly more idealistic in nature – we can commend the NFL for making these policy changes which will undoubtedly benefit plenty of players in the future. 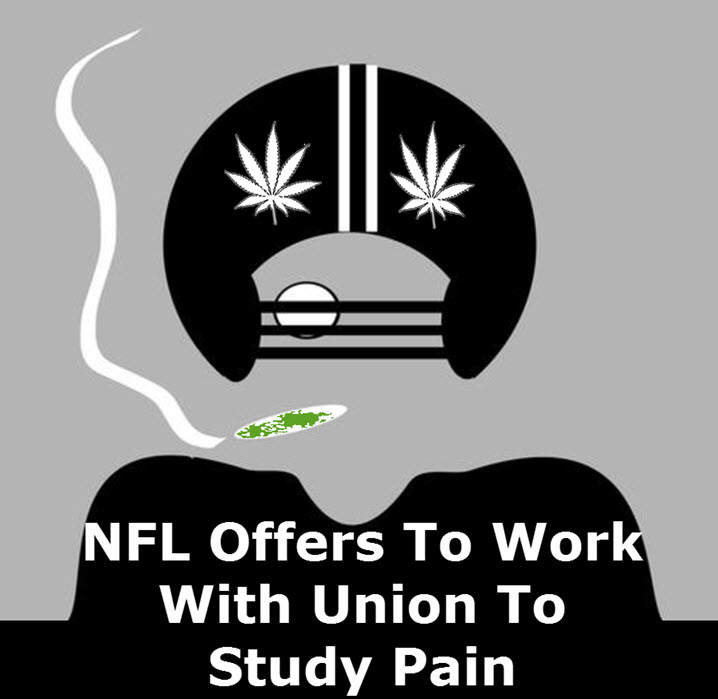 WHY THE NFL SHOULD NOT CARE ABOUT PLAYERS USING WEED.