Home Marijuana News Why are We Destroying Illegal Marijuana? There is a Better Solution!

Why are We Destroying Illegal Marijuana? There is a Better Solution!

Why are we destroying illegal marijuana? There’s a better way! 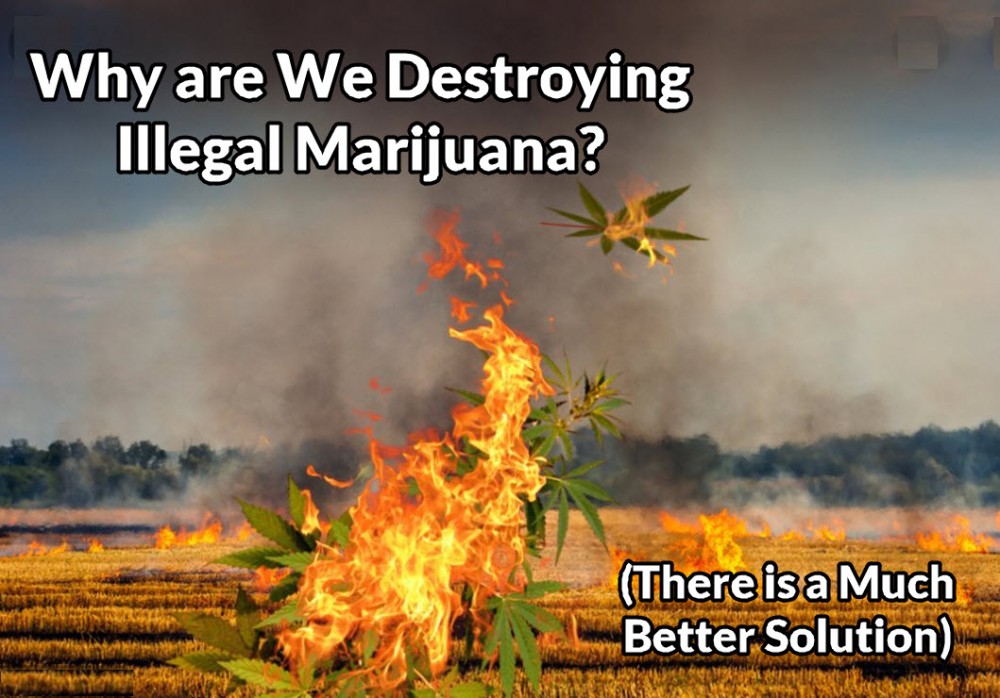 Every now and then I read headlines about the police finding “illegal marijuana” grows and subsequentially burning the crops. This got me thinking, “WHY?!?”

I understand that in order to maintain the industry, it’s important to weed out the mass-scale illegal grows. Especially those on public lands and forests. However, does this mean that we need to simply burn this product when encountering it?

I’m sure there are plenty of growing collectives, patient collectives, and dispensaries that would love to get their hands on the product. This could even be an additional revenue stream for the police, helping them cover the costs of finding these “illegal grows”.

While I personally don’t have any reservation about illegal grows, the government does. For me, let everyone grow as much weed as they want and sell it (or trade) to whomever they want, as long as they are adults.

However, for the government and especially law enforcement, they are 100% against “illegal grows”. For them, the idea that people could be making money “out of the system” is a direct assault on their authority.

While cannabis is becoming legal across many state lines, the fact of the matter is that anything outside of the “sanctioned rules” is counterproductive to the expansion of the industry.  This is because the government wants their slice of the pie in terms of revenue.

So they send their armed goons to eradicate any competition and destroy any product they find along the way. The problem with this approach is that it is so shortsighted that it is actually missing the opportunity to monetize their eradication efforts.

Energy, Material, and Time (up in smoke)

You see, the moment you burn any crop, you’re also burning all of the efforts that were put into the crop. This “effort” translates to money, energy, resources, time and so forth. Not only is the government efforts costing them money to “find” these grows by employing personnel, keeping helicopters in the air and so forth, it also distracts them from real crimes.

This reasoning makes the government seem like a bunch of goons who don’t have any foresight into using their resources to the fullest. Squandering economic opportunities derived from illegal activities.

Of course, this could also create a further problem where the police actively search for illegal grows only to turn a profit, as is the case with Asset Forfeiture. However, irrespective of how you look at things, the grown cannabis is a “good” that could serve the community.

Imagine, instead of burning the crops, they were to sell it to grow collectives, dispensaries or even send it patient collectives who need access to cannabis for medicine. Wouldn’t that be a far more ideal way of getting rid of illegal cannabis, simply reintroducing it to the marketplace at a cheaper price.

The Cops already do something similar

This goes in line with the asset forfeiture scheme the police has been implementing for many decades now. Whenever the cops raid a criminal enterprise, they seize the property and goods of the alleged criminals.

Once they stock up on these “illegal goods”, they often create auctions where the public can buy these goods in order to “get rid of the stock” and to “create an additional revenue stream”.

It wouldn’t be too much of a problem to add in cannabis into the mix.

The reason why the cops don’t do this

The major reason why the cops won’t do this (now) is because of the illegal status of cannabis on the Controlled Substance Act. This prohibits the police or any law enforcement from “selling cannabis” as they would be breaking a federal law.

As we know, law enforcement cannot operate outside of the law and thus, as the current status of cannabis remains, they will not have this option.

However, even in this case the cops can have a workaround. Instead of “selling” the illegal cannabis, they could simply open up the option to legal players to come and collect the cannabis on their behalf. This would already reduce the economic impact of raids by outsourcing the “eradication” back to the marketplace.

I’m certain that plenty of dispensaries, grow collectives and patient collectives would willingly offer up their time to gain access to a crop of cannabis plants. Not only does it increase police/citizen cooperation, it also serves as providing more material for the marketplace, which would in turn result in tax revenue once sold.

The current, “let’s burn the world” approach by the government is nothing more than an antiquated and shortsighted approach to a problem that can only truly be dealt with by the cannabis market. We have seen that prohibition doesn’t work, so instead of continuing in these draconian policies, we could implement smarter strategies that would provide more benefits to everyone involved.

Let’s stop burning weed, and let’s rather start claiming it for the public. 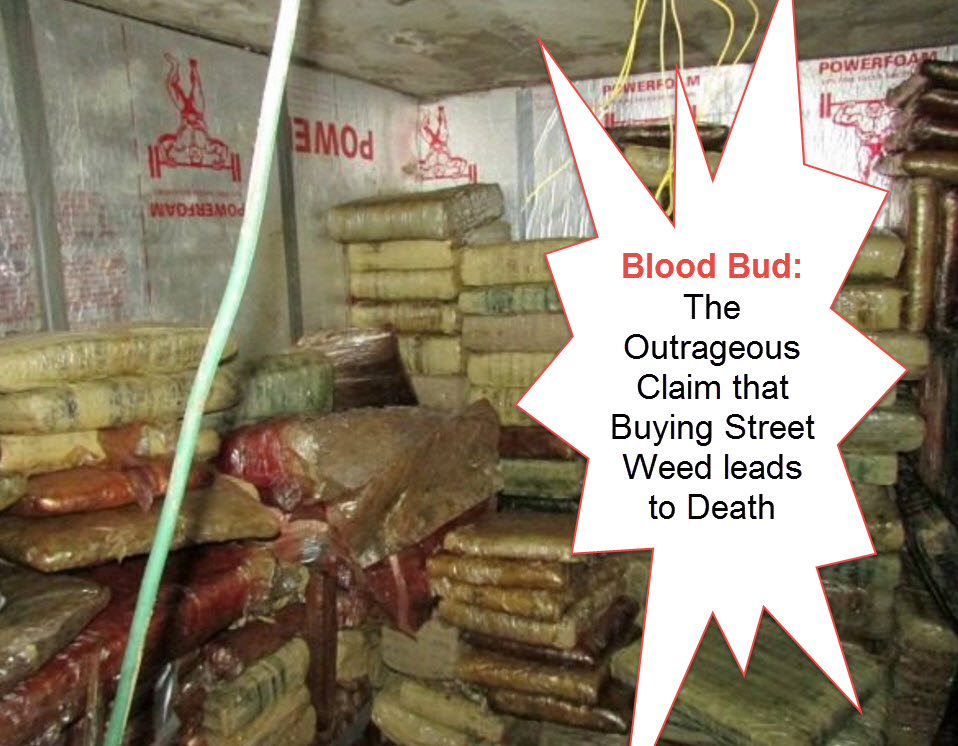 BLOOD WEED, HOW CAN WE STOP IT OR GROW IT, CLICK HERE. 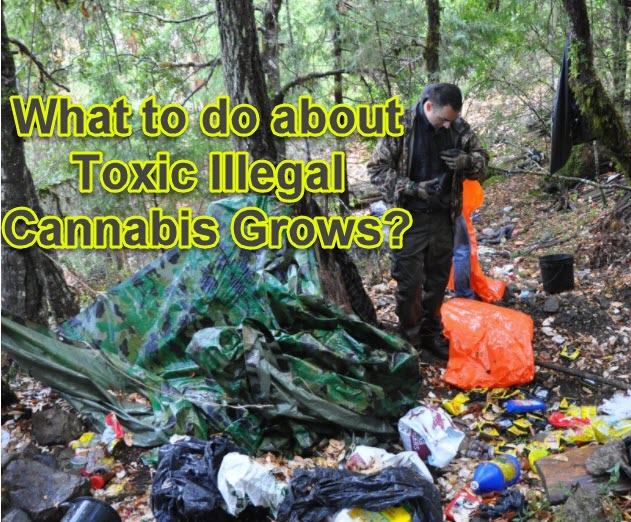