Why Isn’t the Media Writing Honest Headlines about Cannabis Studies?

Can we get honest headlines about cannabis studies?

Time and time again we are subjected to highly dubious and very misleading “cannabis studies”. These are typically presented in such a way to make you believe certain things were “discovered” when in reality no new evidence has actually been presented.

Let’s take an example from Vox (who isn’t the epitome of unbiased journalism) with one of their more recent headlines that read; “A New study found marijuana legalization leads to more problematic use” – Source

To be considered “problematic” a patient would have to have several symptoms as listed in the manual;

Under this criterion we can assume that the vast majority of consumers have a “mild to medium problematic consumption”. However, as consumers, we know that we do not have a “problem with cannabis use” even though we may check 3 or more of those “symptoms”.

And here lies the problem with all of this “government intervention”. The definition of use is based on the model of abstinence. We live in a society that projects a belief of “drug abstinence” when in every other aspect of life – we utilize drugs to enhance our experiences.

For instance, we use anti-inflammatory agents after a work out because we know that the lactic acids in our muscles will build up, inflaming the tissue and causing discomfort. When we use drugs, with a purpose – it’s acceptable drug use.

However, the moment we utilize a drug that is outside of the definition of “sanction drugs”, then suddenly any type of use becomes “problematic”.

The definition of “marijuana abuse disorder” in the DSM-V was created not by consulting users, but by researchers “making assumptions” based on physiological data. They draw conclusions on aspects that they themselves have never experienced and cannot possibly have an objective assessment of the situation.

Unfortunately, these books are the “standard” and the “medical go-to literature” when we’re dealing with mental disorders and substance abuse.

And it is because of these loose definitions that headlines like the one in Vox gets the time of day.

But what did the Study actually say?

The Study essentially claimed that after legalization, there seems to be a trend of “more consumption” that “MAY BE problematic” depending on the definition of “problematic”. Essentially, people consume more cannabis, specifically in the age group of 26-yrs+.

However, once again, this is only because this is what the data – which is collected from surveys – and by no means should be considered “scientific” by any measure, they get to create “click-bait” headlines like “Legalization leads to problematic use”.

The fact of the matter is that people age 26+ are typically in a period of redefinition. They have finished college or have been in the workforce for a few years. They now are on the dating scene and probably have a lot more free time than, let’s say, a family of four.

This is but one example of what the data could mean, however the “researchers” of this particular study rather concluded that it’s “problematic”.

But once again, “problematic” according to who?

Why these studies are a waste of time

The study in itself wishes to paint a clearer picture post legalization. I can get behind getting an accurate picture of what legalization really means. However, defining use as “problematic” so loosely creates a problem with data collection. Common use gets mixed up with “problematic use” and in turn policies are shaped to address fringe cases as opposed to the status quo.

Rather, we should figure out what “problematic use” really is. I agree, some people shouldn’t be smoking weed. It isn’t a substance that is void of risk. Some people simply don’t react the way the average person reacts to weed – that’s okay. But we need to have a clear definition of what “problematic” is in comparison with the “average consumer” if we’re trying to educate the market, as opposed to sounding like 1980s government D.A.R.E propaganda. 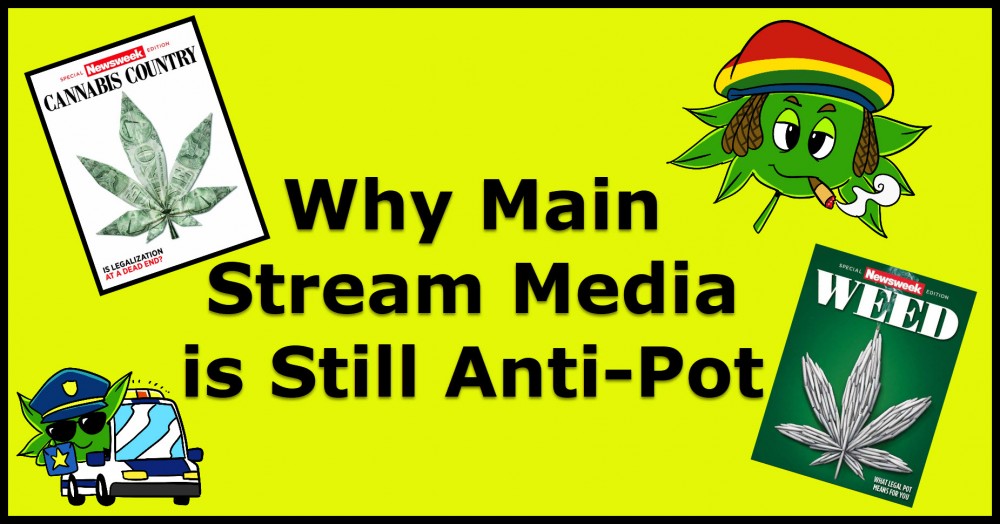