7 Mental Illness That CBD Can Treat

7 Mental Illness That CBD Can Treat 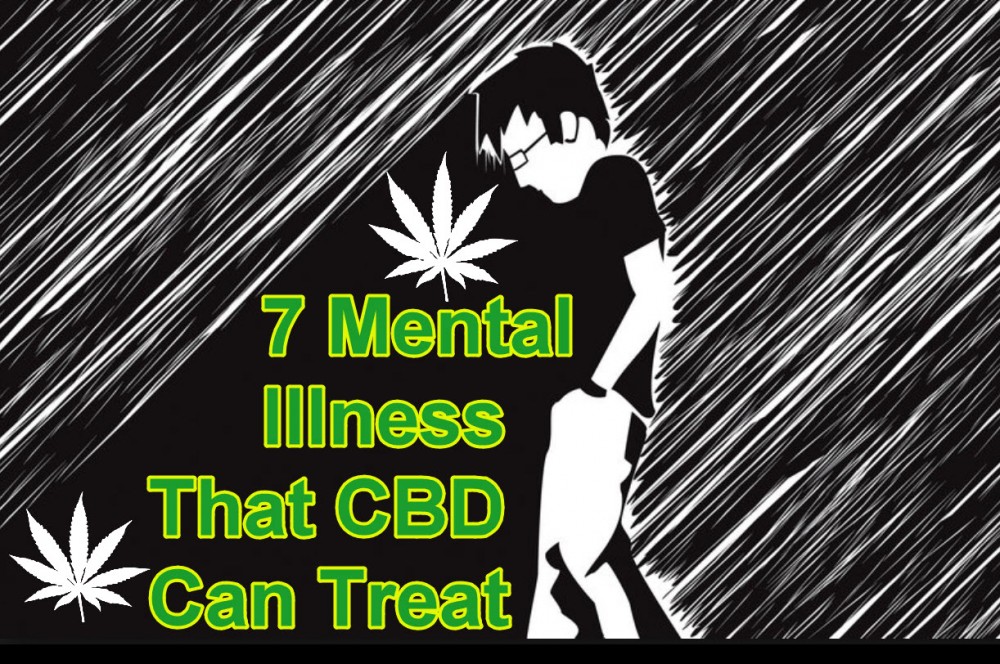 Mental illness is a silent disease that plagues much of our society today. With around 1 in every 5 adults in the United States suffering from mental illness each year, there’s no doubt that it threatens the very fabric of human relationships today.

Suicide is also the 10th leading cause of death in the United States, and each day around 18-22 veterans die from suicide.

These statistics may be alarming, but Big Pharma has capitalized on these long ago. It’s time for cannabis to pave the way for natural, safer treatment for those plagued with mental illness.

Here’s how cannabidiol (CBD), the non-psychoactive compound in cannabis, works in your body to treat mental illness.

OCD is a type of mental illness characterized by constant obsessions and compulsions. People with OCD manifest behaviors that make it difficult to live a normal life; it makes it challenging to keep jobs, focus on school and career, or maintain healthy relationships. The compulsions and obsessions associated with OCD are so time-consuming and can oftentimes go on for more than an hour a day, so it’s no surprise that it can affect both your personal and professional life.

Around 1.2% of the American population have OCD, although it affects more women than men. Common obsessions include losing control, contamination, unwanted sexual thoughts, fear of getting harmed or harming others, religious obsessions, and perfectionism. These are manifested through unhealthy mental compulsions, obsessive washing and cleaning, frequently checking and rechecking things.

Studies show that CBD can help treat the symptoms of OCD. The findings revealed that even at low doses, CBD is effective in reversing OCD symptoms, suggesting that its effects on the CB1 receptors are beneficial in this field.

OCD symptoms are heightened when people are faced with stressful situations, and this is also another area where CBD can help.

Anxiety is one of the most common mental illnesses that CBD has been well-documented in treating. Anxiety affects 18% of the American adult population, that’s around 40 million people living with this crippling disease. The symptoms of anxiety include difficulty sleeping, unexplained uneasiness and panic, inability to stay calm, constant worry, shortness of breath, nausea, dry mouth, and palpitations. But while a high THC content in cannabis has been shown to induce or worsen anxiety in some people, CBD on the other hand has piqued the interest of the scientific and medical community because it does just the opposite.

CBD affects the brain in many positive ways that enables it to effectively counteract the impact of THC and anxiety. For one, it improves signaling in serotonin receptors; the very same mechanism by with SSRI’s (selective serotonin reuptake inhibitors) made by Big Pharma work – but without the unwanted side effects. Some of the side effects caused by SSRI’s include fatigue, sexual dysfunction, dry mouth, nausea, diarrhea, drowsiness, dizziness, nervousness, and insomnia. Two, CBD also aids in neurogenesis, or the proliferation of new neurons in the hippocampus, a part of the brain that is responsible for functions such as cognition and memory formation. Patients suffering from anxiety and depression often have a smaller hippocampus due to the lack of new neurons.

CBD can also help with other forms of anxiety such as panic attacks. Panic disorders are characterized by sudden extreme nervousness and fear, accompanied by cold sweats and racing heartbeat. Other symptoms of panic attacks include feeling faint, feeling like you’re about to die, shortness of breath, chest pain, and intense feelings of dread among others. Studies show that CBD has tremendous calming effects on people suffering from panic disorders; reducing discomfort and cognitive impairment associated with the condition.

Social anxiety disorder is another form of anxiety. People who suffer from social anxiety experience a real sense of threat when they have to be faced with other people, something that seems so trivial and normal to the rest of the world. But social anxiety is no joke: it affects around 7% of the population, making it the third most common mental disorder.

Symptoms of social anxiety include distress and fear when introduced to other people, fear that they are being observed or watched, fear of speaking in public, and they have difficulty being the center of attention. These are characterized by physical symptoms such as excessive sweating, a racing heart, trembling, blushing, high stress and fear levels, dry mouths, and muscle twitches. Sometimes, social anxiety can be so debilitating that people have to go through therapy just to cope with it.

Studies show that even at low doses, CBD is effective in reducing anxiety and cognitive impairment in individuals who were asked to endure a simulated public speaking test with the intention of trigger anxiety. Research also shows that CBD, given its nature as an anxiolytic (anti-anxiety), works in the brain by reducing aversion in the periaqueductal gray matter part of the brain. CBD also works by enabling neurogenesis, or the growth of new brain cells, which helps to treat anxiety.

PTSD is a mental illness that occurs after an individual experiences a life-threatening event. Because vets have to work in military combat, they are the population that is prone to suffering from PTSD the most. However, PTSD also occurs after people experience a natural disaster, survive a serious accident, witness a terrorist incident, or are victims of sexual or physical assault either in childhood or adulthood.

Surviving traumatic experiences makes it difficult to return to a normal way of life. People with PTSD sometimes have stress reactions that don’t go away on their own, or may even worsen as time goes by. Symptoms of PTSD include flashbacks, nightmares, feeling estranged or detached, have difficulty sleeping, and more. It’s not uncommon for PTSD symptoms to be so severe that it can significantly impair one’s quality of life.

CBD can naturally and safely help PTSD patients regain control of their lives by reducing the notions of fear. It also effectively reduces hypervigilance, or the stressful state of constantly being extremely alert.

Schizophrenia is a mental condition wherein the individual suffers from hallucinations, delusions, difficulty thinking and concentrating, and the absence of motivation. Contrary to misconception, schizophrenia patients don’t experience multiple personalities or a split personality. Other common symptoms of schizophrenia include the loss of ability to speak and express emotions, confused thinking and disordered speech, and impaired cognition. In general, schizophrenia patients have difficulty maintaining hobbies and activities because of these symptoms.

Although there is no known cure for schizophrenia, CBD has shown to be promising. Current research shows strong evidence that CBD improves attention span, and improved auditory stimulation; two functions of the brain that are compromised when an individual has schizophrenia. Studies also show that CBD is beneficial in reducing artificially induced symptoms of psychosis.

Bipolar disorder is a common mental disorder, affecting around 5.7 million of the American population. Also referred to as manic-depressive disorder, this mental illness includes symptoms such as sudden and unusual changes in mood, manic episodes or an emotional high characterized by impulsive behaviors that are often self-destructive. These self-destructive activities may include drug and drinking binges, unprotected sex, and spending sprees.

Depression is a serious mental illness affecting around 16 million adults. Depression can be so debilitating, that it’s already considered a leading cause of disability. Big Pharma has cashed in on this fact; developing dozens of different addicting medications for depression that has caused deaths due from addiction and overdose.

CBD works for depression by affecting serotonin levels in the body. Serotonin is a neurotransmitter that plays an important role in mood, memory, social behavior, appetite, digestion, and sleep. In other words, CBD mimics the functions of SSRI’s in the body, in the same way that it helps treat anxiety. When you medicate with CBD, it helps improve serotonin absorption in the brain so that there’s much more serotonin going around, improving communication within neurotransmitters in the brain which then reduces the symptoms of depression.

Studies also show that CBD stimulates the hippocampus and through neurogenesis, CBD helps mitigate symptoms of depression. Last but not least, another way that CBD aids in the treatment of depression is by improving quality of sleep. Many depressive patients have difficulty sleeping, which only wreaks more havoc on the body especially due to the lack of serotonin. 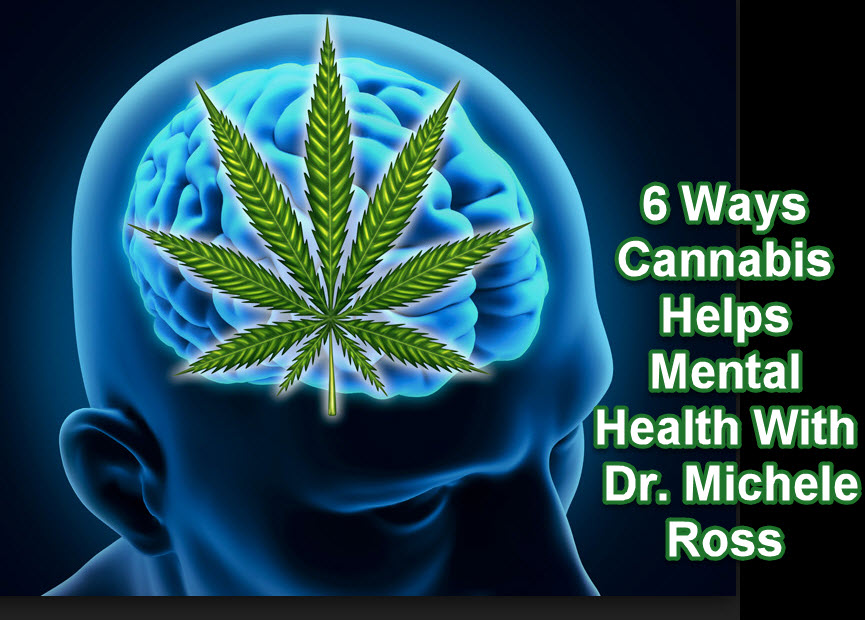 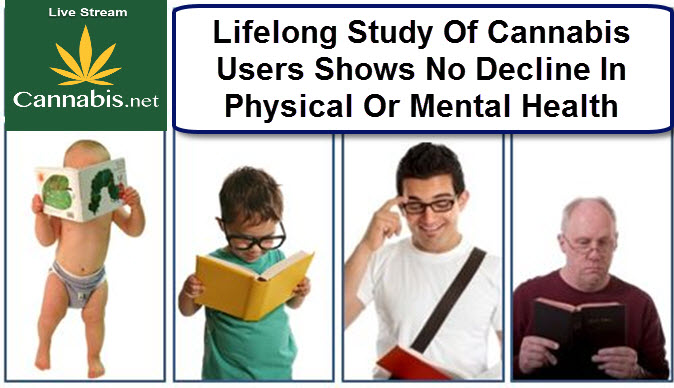