A Response to “The Dangers of Rationalizing Teen Cannabis Use”

A Response to “The Dangers of Rationalizing Teen Cannabis Use” 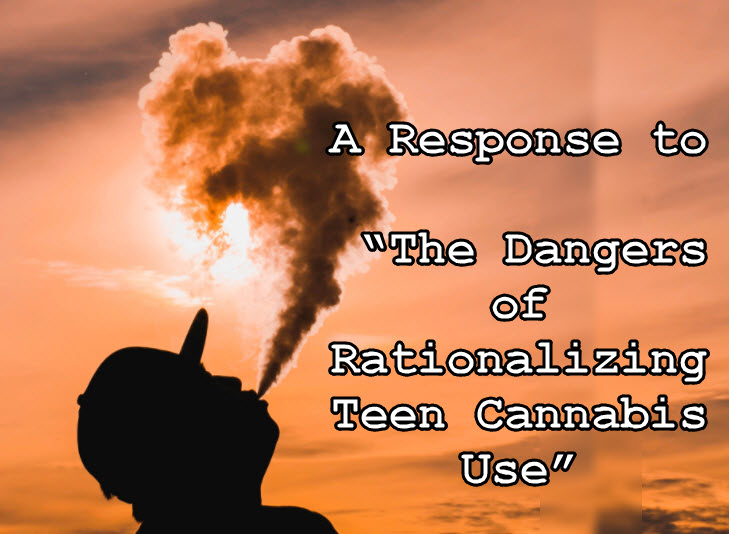 A recent editorial piece spoke about the dangers of rationalizing teen marijuana use and utilized some outdated “facts [I use the term loosely]” to justify their position.

Before we jump into the article, I’d like to say that I’m not in favor of teens using cannabis or any drug for that matter – but not for the reasons you might think.

It might seem as hypocrisy, especially since I started smoking cannabis at the ripe age of thirteen. By fifteen I have tried LSD, MDMA, Mescaline, Cocaine and a few pharmaceuticals here and there. I never developed a “drug habit” save for the consistent smoking of weed, however none of the other drugs (except tobacco) ‘hooked me’.

While my teenage years were filled with psychedelic scenarios, I don’t advocate anyone else following in my footsteps. And yes, I didn’t turn out to be a ‘loser’ or ‘drug fiend’ as people believe.

Rather, my reasons for teens to not partake in any drug use at that age has nothing to do with their brains still being in development, nor because of their academic performances but instead focuses on the individual’s responsibility to understand their function within this strange thing we call life.

Psychedelics and drugs can be great tools in the hands of the right person. However, for those unaware what their purpose in life is…it can be a distraction. The mind-expanding power of these substances can lead you down a path that isn’t really “You”.

I believe it’s important for people to first understand ‘Who you Are” prior to experimenting with drugs of any sorts, including alcohol. Only when a person has a firm understanding of who they are can they warp their consciousness to other plains and experiment with their own being. Prior to this, you will most likely become infatuated with a specific element presented within the “trip state” and incorporate it to your own life.

For instance, when I was 18, I took a road trip down to Oaxaca Mexico, consumed a plethora of psychedelics and became infatuated with the lifestyle of the ‘beach people’. I wanted to become one myself.

Fortunately, a friend of mine and sort of a mentor at the time, spoke to me about ‘being me’ ad not following the herd. “We can all express elements of the subgroups of people, but it doesn’t mean you have to be the subgroup”.

Onto the Arguments Presented in the Op-Ed

The Op-Ed starts off by saying, “rationalizing teen use is dangerous”. It then continues to explain why. I’ll be writing out the main premise and then respond to each point accordingly.

Weed isn’t the same as when you were Young

I have spoken about this point time and time again. There has always been ‘stronger weed’ throughout history, the fact that today we can get a more consistently potent weed doesn’t mean that ‘weed has changed’ but rather the industry and our growing methods have changes.

Secondly, increased potency means a reduction in consumption. Whereas with Brick Weed you might have to smoke a half a joint to “feel high”, with modern cannabis you might only need a hit to achieve the same level of ‘high’. This means less smoke in the body.

The Impact of Cannabis on School and Social Life

As mentioned, cannabis can take you on a ‘different path’, however this isn’t necessarily a bad thing. One thing that cannabis does is lead you to ‘question’. You question authority, paradigms, behaviors and so forth.

This doesn’t make you dumber or operating on a reduced intellect, but rather changes your perception on the value of your actions. Does it matter graduating high school with honors if you can generate wealth by growing your following on Instagram and marketing products to a specific demographic? How important is school in a world where the digital potential of commerce has no limits? Do you need to waste four years of your life learning outdated information?

The idea of social life and school according to the prohibitionist rhetoric is outdated compared to modern standards. School is becoming less important because the internet has made information available to the masses, and with proper action, can be converted to a sustainable income that doesn’t require following in the footsteps of your parents. In other words, times are changing.

Marijuana can be addictive

Cannabis can be as addictive as coffee and the physical dependency on cannabis can go away within a day of abstinence. I’ve been smoking since 13 and have no problem going ‘without’ cannabis. Can’t say the same for my tobacco use…I’m an addicted fiend when it comes to that.

Can’t really argue with this point, however I’d like to reference my initial point…more than the developing brain…a teen has no clue who the hell they are. Adding in mind-altering substances into the mix will only tardy the development of purpose.

I know parents are worried about their teens using cannabis or any other drugs for that matter. However, we live in a society where they have access to all the information in the world. Don’t try to scare your kids away from drugs, rather teach them on ‘when it’s a good time to use’ it and how to effectively obtain benefits from this chemical technology. Kids tend to respond better to that approach than the 1980s JUST SAY NO approach. 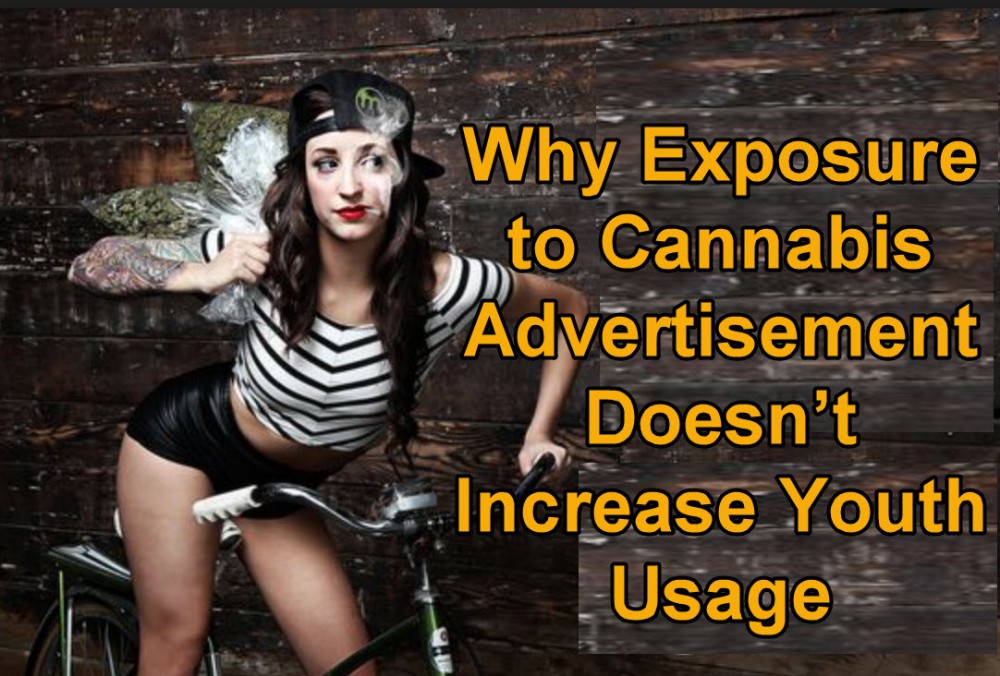 WHY TEEN USE DOESN’T GO UP WITH ADVERTISING, CLICK HERE. 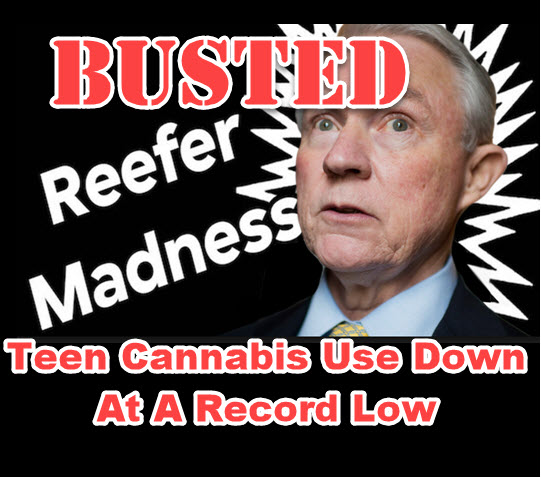 TEEN CANANBIS USE DROPS TO A NEW LOW, CLICK HERE.