Alaska Paving the Way for Cannabis Clubs – First in the Nation

Alaska Paving the Way for Cannabis Clubs – First in the Nation 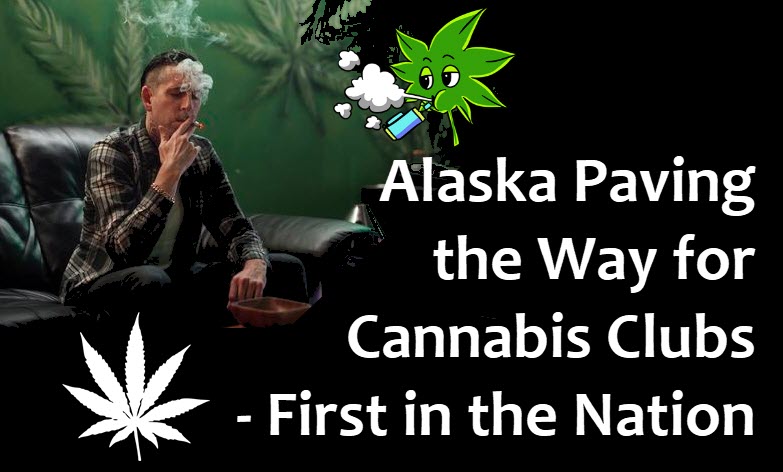 Alaska is the first state to legalize ‘on-site-cannabis-consumption’. While this statement might not sound like a big deal…it actually is a very big deal. It’s the first state that has officially recognized the right for people to smoke in “Private Establishments”.

While right now this only means within “dispensaries”, the policy actually is paving way for something far more exciting than being able to try the merch before you buy it.

With on-site marijuana consumption, we can hopefully in the near future start seeing non-dispensary-cannabis businesses opening up. This would present itself in the way of Café’s, Restaurants, Lounges and Bars (or rather Bar-Like establishments).

One of the things that many people have argued, when comparing alcohol with cannabis, was that alcohol is more “socially acceptable”.

This is mostly due to the fact that alcohol can seemingly be consumed virtually everywhere. You can have a beer while watching a baseball game, or a football game. You can go to restaurants, bars, clubs and many other establishments to ‘have a drink’.

However, since the legality of cannabis, this has not been an option for consumers. Rather, consumers had to hide away in their houses and smoke their pot with friends. The social element was reduced solely to your immediate social network.

Of course, mass events such as Cannabis Cup, Hemp Fest and virtually every 4/20 manifestation also permitted ‘mass-social smoking’, however these events were limited and sparse. There isn’t a  ‘regular hangout’ for cannabis smokers to go to, smoke a few bowls while listening to music. They couldn’t go “Salsa Dancing” while having an infused cannabis drink.

This is true for the entire nation. Even in Colorado, you don’t have cannabis “Clubs, Bars” and the likes, not on a large scale at least.

With Alaska allowing on-site consumption, we’re now seeing the first ever “state-wide” implementation of this activity. This could mean that over the next few years, many of these “cannabis-only” spots might arise.

Once the model works, and it will, other states with legal recreational marijuana on the books would probably follow suit. Not only does it create more jobs, it also caters to the trends of acceptance within society in regards to cannabis.

No longer is it a basement drug, but something you can “go do on a Friday night”. Or “Grab a bowl after work”.

It’s a stab towards the larger cannabis culture. Creating the proverbial watering holes that will begin to speed up public acceptance of the plant. Alaska serves as a model for the rest of the country, and potentially the world, to follow.

While the changes in State policy is recent, some dispensaries are already working on incorporating “smoke areas” which needs to be separate from the place of retail, and have proper ventilation.

I can imagine that the first spots will be similar to “smoking at your pad”, however, once the concept is proven to be success…it will scale.

Eventually this will translate into larger establishments providing you a wide assortment of cannabis-related products. “Sharing a bong” would be akin to “smoking a hookah”. Except, now you won’t just be inhaling flavored smoke, you’d be able to get high in the process.

What can we expect to happen?

There are two things that matter right now. The first is for the consumer. The consumer will have to wait for the concept to gain traction. I expect this to take anywhere between one year and three years to really take off.

Some folks will try and fail, however once the first real cannabis establishment gains traction in the public eye…we should see many different establishments pop up to fill the void that has been lacking in the cannabis community for so long.

The other factor is related to those who wish to enter into this sphere of business. The cannabis industry is in a process of evolution. Many people are still trying to start growing weed or get a dispensary, however, this market is highly competitive.

The entertainment sector of cannabis has still a lot of growth ahead. Cannabis-Friendly Venues by itself can generate billions of dollars each year. Taverns and Bars in the US generated about $ 22 billion dollars of sales in 2015. Taking all restaurants into consideration, the number inflates to well over $ 700 billion dollars annually.

I’m not saying that cannabis-friendly establishments will generate that much, however, they will add a significant margin to the sale of cannabis. If it’s even remotely similar to the bars and taverns statistics, we could expect anywhere between a $ 10 billion – $ 20 billion per year market, that still hasn’t formed.

This is something to think about. If it’s still going to be taking between 1-4 years to become a “thing”, perhaps it’s time to start thinking about this new, soon-to-be released niche within the cannabis industry. 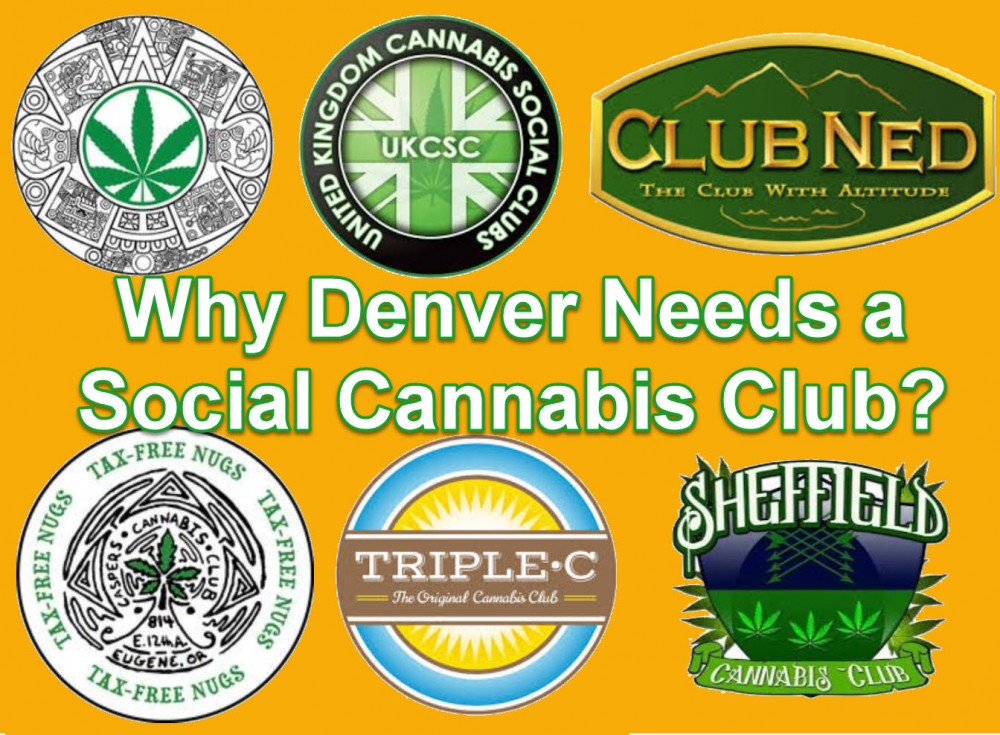 SHOULD DENVER HAVE CANNABIS SOCIAL CLUBS, READ THIS, CLICK HERE.

CANNABIS POT CLUBS, YES OR NO?  READ OUT OPINION HERE.