Apple Finally Allows Some Marijuana Businesses in the App Store, While Google Still Says No 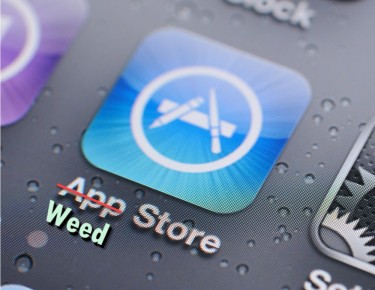 The tech industry has been having a change of heart when it comes to cannabis, and Apple is the latest to show support for the marijuana industry.

TechCrunch, who was first to make a report on these new changes, stated that Apple’s new app store guidelines included not just adjustments relevant to cannabis brands but also reflected the tech giant’s new, stricter take on scams, fraud, and developer misconduct.

In the past, Apple’s policy didn’t allow for any apps that had to do with selling or consumption of cannabis. It specifically read: “Apps that encourage consumption of tobacco and vape products, illegal drugs, or excessive amounts of alcohol are not permitted on the App Store. Apps that encourage minors to consume any of these substances will be rejected. Facilitating the sale of controlled substances (except for licensed pharmacies), marijuana, or tobacco is not allowed.”

In other words, licensed cannabis dispensaries and pharmacies will be able to start selling their products online as long as they are legal, and they provide geotargeting.

By June 7, they finally updated their policy which now reads: “Apps that encourage consumption of tobacco and vape products, illegal drugs, or excessive amounts of alcohol are not permitted on the App Store. Apps that encourage minors to consume any of these substances will be rejected. Facilitating the sale of controlled substances (except for licensed pharmacies and licensed or otherwise legal cannabis dispensaries), or tobacco is not allowed.”

They added: “Apps that provide services in highly-regulated fields (such as banking and financial services, healthcare, gambling, legal cannabis use, and air travel) or that require sensitive user information should be submitted by a legal entity that provides the services, and not by an individual developer. Apps that facilitate the legal sale of cannabis must be geo-restricted to the corresponding legal juristidction.”

This move reflected a monumental shift in how tech sees the cannabis industry; the two can actually benefit from working with one another.

Eaze, the largest cannabis delivery service in the United States, soon announced after Apple made changes that consumers would then be able to shop for their marijuana products and pay for it, using their app for the first time. “The Eaze app allows customers to complete all aspects of delivery seamlessly: registration, ID verification, product selection, payment, and receipt to the doorstep,” they said in a press release.

In the past, users who wanted to buy through the Eaze app had to exit the app and send their orders through the mobile version of their web page. But now, Apple’s policy changes allow the entire experience to be much more streamlined.

“Eaze has always been about using the latest developments in technology to make shopping for legal cannabis more accessible,” says Eaze CEO Rogelio Choy. “It’s hard to overstate how important this is to our company and the industry. It’s deeply gratifying to launch the Apple Store’s first fully-functional cannabis delivery app, making it even easier for our two million registered customers to legally consume.”

Some of the features available on the Eaze app include: on-demand delivery, easy payment, order tracking, rotating deals, Dank Selection, and Cannabis for a Cause. “The flexibility and depth of our technical team allowed us to respond immediately to the changes in Apple’s policy, and create an app that offers our customers the ideal experience for cannabis delivery,” explains CJ Silverio Eaze Distinguished Engineer.

The way tech giants have handled cannabis in the past has been vague at best. Even social media platforms, like Facebook and Instagram, have allowed cannabis brands to sign up though many of them have ended up being shadowbanned, deleted, and suspended over the last few years.

And while you still can’t buy weed from Amazon, they have just gotten rid of marijuana drug testing as of last month. They made a public pledge to relax their drug testing rules as well as to support cannabis legalization. They specifically made an announcement that they would no longer test for cannabis metabolites for roles that weren’t being regulated by the US Department of Transportation. They added that they would be backing the Marijuana Opportunity Reinvestment and Expungement (MORE) Act, a bill that was recently introduced with the intention of descheduling cannabis while freeing up cannabis convictions in the past.

However, Google updated their app policy back in 2019 to do the opposite: ban apps that would connect people to cannabis services whether or not it’s legal in their jurisdiction. “We don’t allow apps that facilitate the sale of marijuana or marijuana products, regardless of legality,” reads their policy. They add that examples of this include “allowing users to order marijuana through an in-app shopping cart feature,” or similarly, “assisting users in arranging delivery or pick up of marijuana.”

It has never been clear how Google intends to work around these rules, though they did want to make Google Play more appropriate for kids. But the ban on cannabis businesses is simply overkill, why not just ban the sale of cannabis in areas where it isn’t legal?

Cannabis retailers, and the industry at large, has long seen the value that technology brings to the table. Canna-tech can boost so many elements of running a cannabis business whether it’s marketing, point of sale, or inventory. But considering that the legal cannabis industry is still young at best, the available technologies are still relatively new and the existing tech industry still has lots to do when it comes to welcoming the cannabis industry with open arms. Hopefully these small changes will cause massive ripples and positively influence other large tech giants to do the same when it comes to allowing businesses to sell through their platforms. 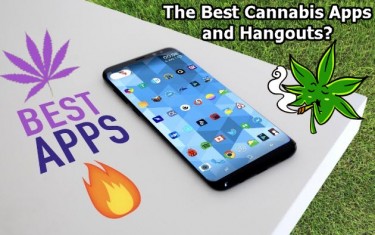 BEST CANNABIS APPS TO DOWNLOAD ON YOUR PHONE TODAY! 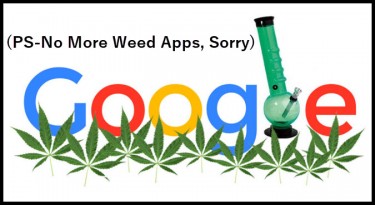 GOOGLE SHUTS DOWN WEED APPS SO YOU CAN’T BUY WEED IN THE APP STORE!