Can Cannabis Treat All Types of Sleep Disorders?

Can Cannabis Treat All Types of Sleep Disorders? 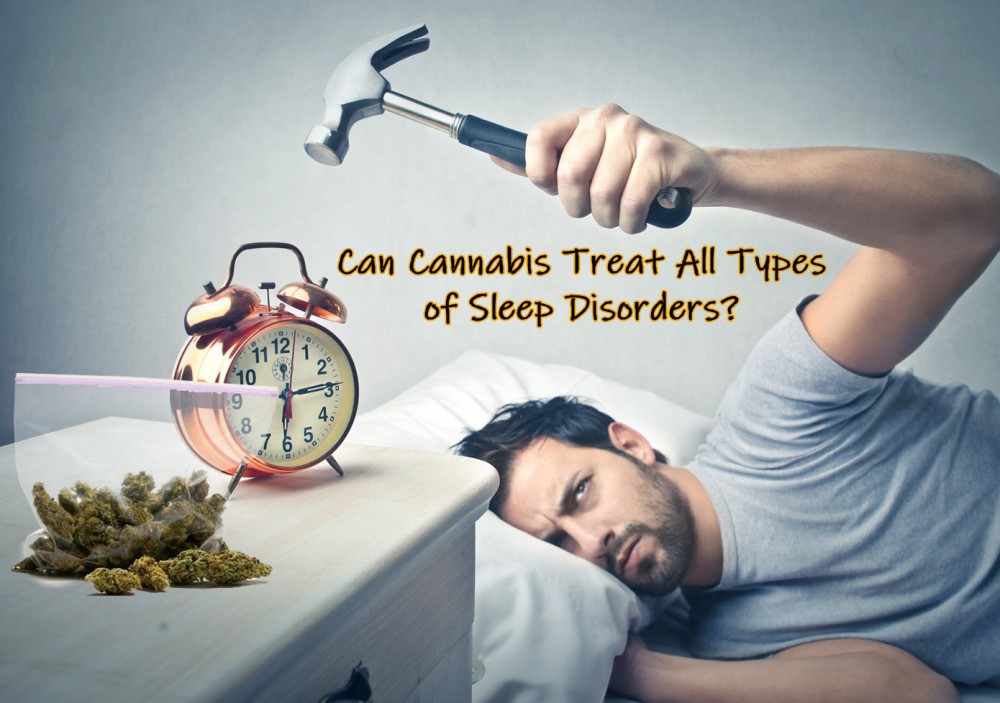 Nothing can replace the rejuvenated feeling from a good night’s sleep. Your physical and mental health is directly related to the quality of your sleep. Sadly, more than 50 million people in the U.S. suffer from sleep disorders such as insomnia, sleep apnea, narcolepsy, and more.

Ever since the legalization of cannabis, more and more people have turned to medical marijuana to treat insomnia. While cannabis therapy seems to be working wonders for insomnia, one wonders how effective cannabis can be in treating other sleep disorders.

Before we analyze the effects of medical cannabis on different types of sleep disorders, it is important to understand how cannabis tackles insomnia.

Insomnia can be caused by various reasons ranging from stress and anxiety to chemical imbalance in the brain. Not able to sleep after a long hard day can be harmful not just to your physical health but can also lead to depression. Lately, patients have preferred cannabis to help deal with insomnia. According to the insomnia report from Strainprint cannabis app, the use of medical marijuana improved sleep by 45% and can be used long term to treat insomnia. A strain with a high concentration of THC cannabinoids acts as a sedative and makes the patient feel drowsy, and thus induces sleep. Consumption of high THC cannabis in small doses has proven to be quite helpful in treating insomnia.

Cannabis and other sleep disorders

While insomnia is one of the most commonly occurring sleep disorders, there are several other conditions related to troubled sleep. Let’s look at some of these common sleep disorders and determine if cannabis can be used to treat them:

Sleep Apnea: A lot of adults deal with sleep apnea on a day-to-day basis. In this condition, the breathing gets obstructed for 10-15 seconds while sleeping. This leads to poor quality of sleep and is often accompanied by loud snoring.

Causes: Experts claim that obesity is one of the major reasons for obstructive sleep disorder. During sleep, the soft tissue present between the tongue and throat obstructs the air passage of the upper respiratory system, and thus obstructs breathing for a short period. The muscle activity of the airway passage is controlled by brain chemicals. And any imbalance in brain chemicals leads to an imbalance in serotonin levels that impacts the muscle activity of the soft tissue.

Effect of Cannabis: According to research, TetraHydroCannabinol aka THC blocks the effects of serotonin imbalance on muscles, and thus reduces the breathing obstruction that causes sleep apnea. Dronabinol, a manufactured THC drug, has proven to be effective in treating obstructive sleep apnea among patients.

Sleep Walking: It is one of the most common sleep disorders depicted in pop culture. Sleepwalking is more prevalent in children than in adults and it is not just limited to involuntary walking. There have been cases of people driving cars in deep sleep.

Symptoms: Walking in sleep, sleep talking, no recollection of the episode

Causes: Stress and sleep deprivation are considered to be the major reasons for a sleepwalking episode. In some cases, sleepwalking can be hereditary. It generally occurs during the third and fourth stages of sleep that are associated with deep sleep.

Effect of Cannabis: Cannabis has a significant impact on the sleep cycle. While a highly concentrated THC strain can induce sleep and help to reach deep sleep faster, it prolongs stages 3 and 4 of the sleep cycle. Since sleepwalking is triggered during these stages of sleep, the use of cannabis may lead to exacerbation of sleepwalking.

Narcolepsy: It is a condition that induces sleep almost involuntarily, especially during daytime. A severe case of narcolepsy can disrupt the daily routine and may even lead to unfortunate accidents.

Causes: Narcolepsy is a result of the patient reaching the REM state almost immediately, skipping the other stages of sleep. The hypothalamus part of the brain controls the REM sleep and a deficiency in orexin produced in the hypothalamus can severely affect sleep cycles.

Effect of Cannabis: The orexin neurons interact with the endocannabinoid system present in our brain to produce heterodimers. These are receptors that control signals passing from one cell to another. But a deficiency of orexin can throw these receptors off the hook. When you use cannabis, the external cannabinoids fire the receptors which lead to the signals properly transmitted through the body to control functions like sleep, food intake, etc. A 1:1 ratio of THC and CBD could be useful in dealing with the symptoms of narcolepsy. While CBD can have a calming influence on the patient, small doses of THC keeps them alert throughout the day.

Causes: During REM Sleep, the muscles are supposed to be relaxed and have no strength to move. But if there is a chemical imbalance in the brainstem, then it can lead to loss of muscle atonia. This causes the patients to move their limbs while reacting to the stimulus of a vivid dream.

Effect of Cannabis: While there is no clinical research to suggest that cannabis can help in controlling symptoms of REM Sleep Disorder, it is believed that cannabis may be useful in treating this condition. Consumption of a THC-dominant strain reduces the REM sleep time and thus reduces the dream time that causes involuntary muscle movement. Since endocannabinoids in the brain play a major role in the formation of neuron receptors, cannabis can help restore the chemical imbalance in the brain.

Sleep disorders can rob your quality of life and wreak havoc on your mental health. Since sleep is controlled by the brain and endocannabinoid system impacts the functionality of the brain, medical cannabis can be used to treat most of the sleep disorders with a few exceptions.

DOES CANNABIS WORK FOR NARCOLEPSY? READ THIS. 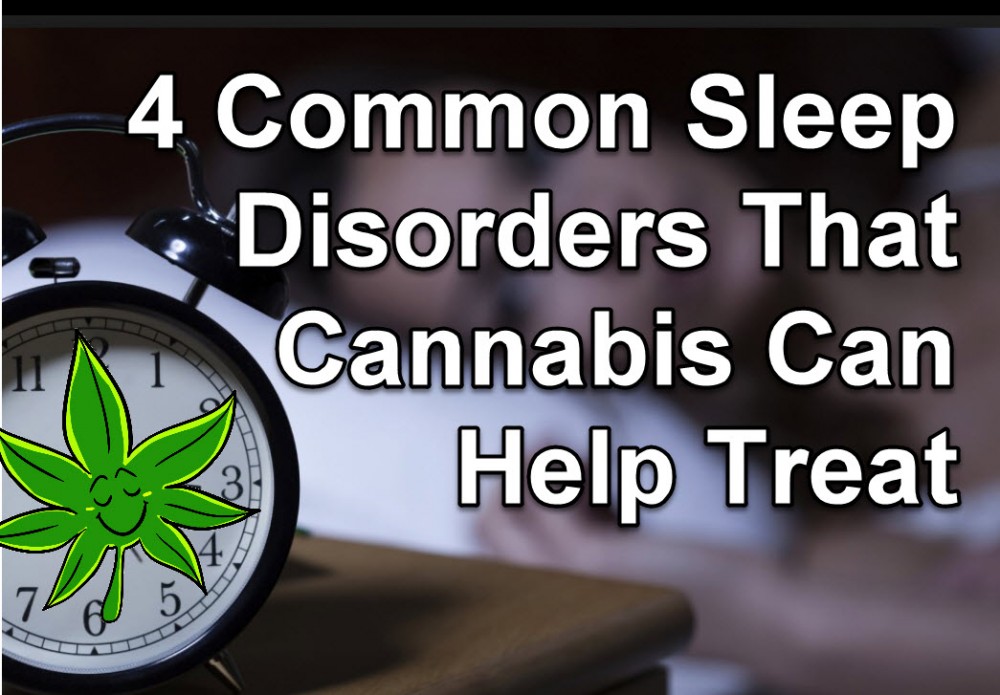