Cannabis and Cancer – What The Latest Studies are Telling Us 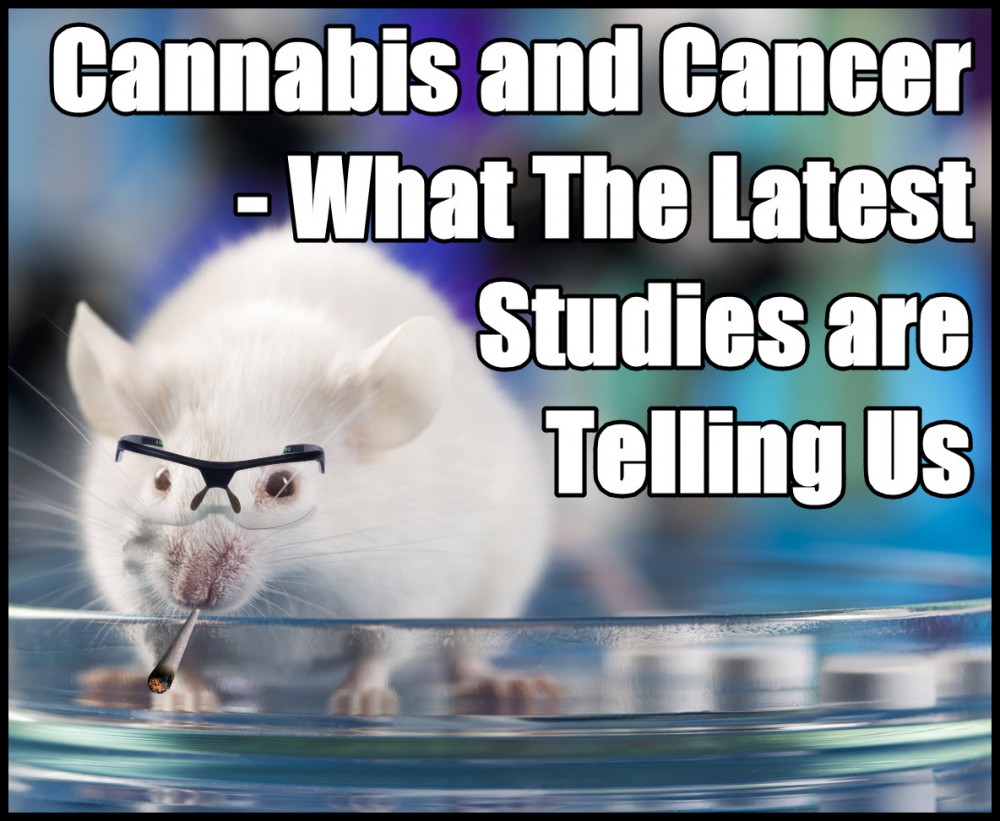 It’s already 2020, we’re in the midst of a global pandemic which scientists are working around the clock to cure, but we still haven’t come up with a cure for cancer.

Or have we already found it?

The link showing that cannabis and cancer  are a match made in heaven has been around for a long time, but due to the Schedule 1 status of cannabis, researchers are having a tough time studying  its various compounds and how it can alleviate various cancers. But that doesn’t mean that the evidence isn’t there: cannabis has already been used with great success by many people from all over the world for treating a range of cancers.

Let’s see what the latest science has to say:

Tetrahydrocannabinol (THC), the psychoactive element in cannabis, has been shown to be helpful in the fight against the big C. Though it still suffers from a stigma compared to the non-psychoactive CBD because of its intoxicating properties, that hasn’t stopped people from using it – and seeing positive results.

In a recent study published in the medical journal iScience, University of South Carolina (USC) researchers experimented with a novel approach in treating colon cancer. These studies are important because individuals with inflammatory bowel disease (IBD) have a much higher risk of developing colon cancer, a cancer which is also becoming increasingly common in young adults.

For the study, affected mice were given THC, and the results showed that it was successful in reducing inflammation while preventing the spread of colon cancer. Meanwhile, the control group mice were given a vehicle functions similarly to a placebo.

After the study culminated, the mice that were given THC had no tumors, but those in the control group did. Additionally, the mice who were administered with THC had much less inflammation in the colons.

“The fact that we were able to show that treatment with THC prevents inflammation in the colon and at the same time inhibits development of colon cancer supports the notion that inflammation and colon cancer are closely linked,” says Dr. Prakash Nagarkatti, senior study author.

To explain the findings, the researchers dug a little deeper and discovered that THC binds to CB2, a cannabinoid receptor type in the body and located in the immune cells as well as in the gastrointestinal system. “Thus, in people who are at a higher risk of developing colon cancer, THC or other anti-inflammatory agents may be beneficial,” Dr. Nagarkatti adds.

Meanwhile in Thailand, a new government-led research found that cannabis can indeed prevent the spread of cancer cells, reports the Bangkok Post.

The Government Pharmaceuticals Organisation (GPO) expert Nanthakan Suwanpidokkul disclosed in early September that they were engaging in studies to further learn about these capabilities of cannabis after they began distributing medicinal marijuana to private and public hospitals last year. She added that symptom improvements were found in studies conducted by the Queen Sirikit National Institute of Child Health and the Prasat Neurological Institute. Specifically they saw improvements in 62% of the 16 kids who had treatment-resistant epilepsy.

Additionally, the Prasat Neurological Institute discovered that 5 in 7 patients with treatment-resistant multiple sclerosis saw improvements when given a 1:1 THC:CBD treatment. Ms. Nanthakan also said that the Thailand National Cancer Institute reported that 14 of their terminal cancer patients who were under palliative care experienced a 50% reduction in pain relief, as well as improvements in appetite, sleep quality, and weight gain.

Most of these patients responded very well to the cannabis treatment without any serious side effects.

In the Sakonnakhon Hospital at the Sakon Nakhon Province, 16 patients with Parkinson’s Disease were also given a 1:1 THC:CBD extract. It didn’t take long for them to see a major improvement in their condition; they were sleeping better and remembered more things.

Ms. Nanthakan says that they will be conducting more animal tests later on.

With all the information on the dozens of cannabis strains out there, combined with a lack of definitive information, it is still overwhelming for both patients and doctors to figure out exactly what strain of cannabis works best with certain cancers.

A new development from researchers at the University of Newcastle in Australia have been able to discover that high CBD cannabis didn’t affect healthy cells, while targeting brain cancer and leukemia cancer cells more effectively. They engaged in tests at the University as well as the Hunter Medical Research Institute and used a low THC strain called Eve, which was produced by cancer researcher Dr Matt Dun together with the Australian Natural Therapeutics Group.

Eve’s THC levels are under 1%, and since previous studies showed that THC was significant in the plant’s cancer-fighting properties and at improving quality of life during chemotherapy, this study yielded interesting results.

“We initially used leukemia cells and were really surprised by how sensitive they were. At the same time, the cannabis didn’t kill normal bone marrow cells, nor normal healthy neutrophils [white blood cells],” explained Dr. Dunn. Once they had conducted the first round of tests, the researchers were surprised to find that cannabis seemingly had a cancer-selective function. Low THC strains seemed to be better at killing off leukemia and pediatric brainstem glioma cells.

Dr. Dunn adds that using high THC cannabis may not be recommended for some patients: “You can’t drive, for example, and clinicians are justifiably reluctant to prescribe a child something that could cause hallucinations or other side effects. The CBD variety looks to have greater efficacy, low toxicity, and fewer side-effects, which potentially makes it an ideal complementary therapy to combine with other anti-cancer compounds.”

With all these developments, we can only hope to see more definitive progress in the world of cannabis-based cancer medications. 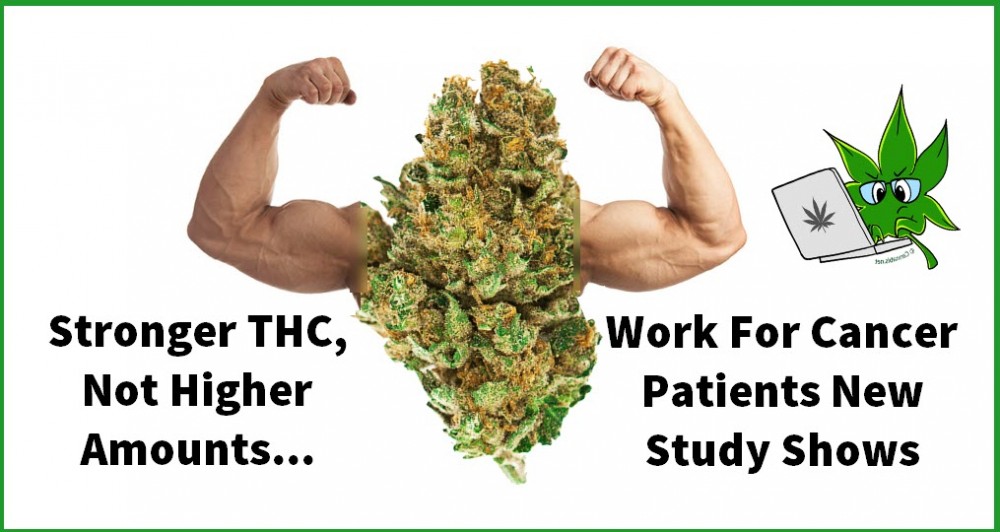 HIGH THC IS WORKING FOR CANCER PATIENTS IS WORKING?