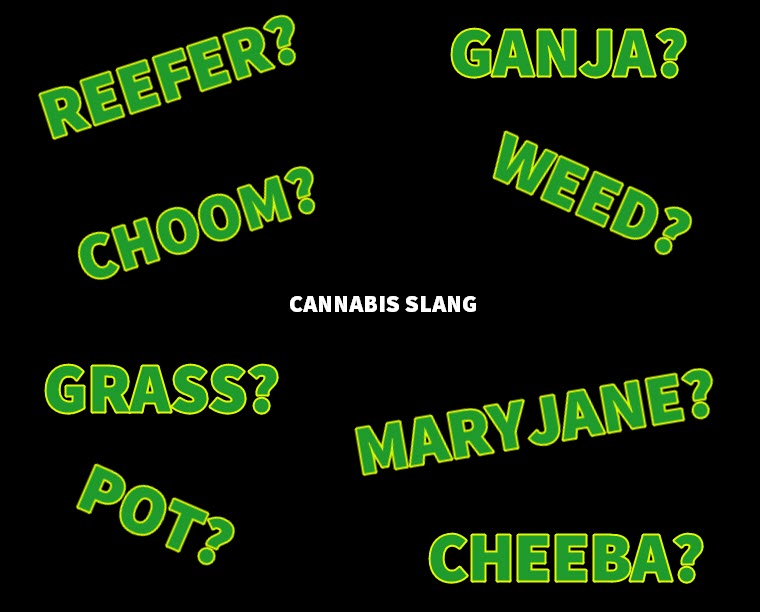 If it’s true that the most loved children abide by many nicknames, then cannabis must be one of Mother Nature’s favorite children. Jonothan Green, author of Green’s Dictionary For Slang, estimates that there are at least 1,000 nicknames for cannabis.

Ever wonder what in the hell a reefer actually is?

Let’s get down to it and explore the roots to some of your favorite cannabis slang words.

There are two competing theories about the origin of the slang word reefer, both of which seem to make sense to this writer.

Aside from partly making up the term that preludes “madness” in the famed anti-cannabis propaganda flick that made its debut in the early 1900’s, a reefer is actually a sailing term. It refers to a midshipman, or someone who would “reef,” or roll up, the sails of a ship. Reefing a sail reduces the sail’s area by rolling one edge of the canvas in on itself. That being said, a reefer is technically the sailor who does the reefing, however, being that a reefed sail resembles a joint it is believed that this is how the term came to be.

The other theory is that the term reefer sprouted from the Spanish word Grifo, which literally translated means tangled or frizzy. A Grifo in this sense would be used to describe someone who was under the influence of cannabis, as often a Grifo may become lazy and allow their hair to become a mess. Some speculation has also arisen that Grifo was used to refer to dreadheads, dreads being a popular hairstyle amongst those involved in cannabis culture.

Believe it or not, the term Cheeba seems to have found its way to weed by way of heroin. Yup, that’s right. Cheeba is actually a perversion of the Spanish word Chiva, which is slang for the highly addictive narcotic. The Spanish word was bastardized for cannabis after Brazilian growers started outputting cannabis which was black, sticky, gooey and overall bearing a striking resemblance to heroin.

Not to worry though, ask your weed guy for Cheeba and you’ll likely be getting some sweet, sweet smoke rather than a needle and a dance with Mr. Brownstone.

Referring to cannabis as ganja, one’s mind may birth visions of a brightly colored Rastafarian toking up on the golden beaches of Jamaica. Jamaicans love smoking the Ganja, and calling it such, but the origin of this slang word actually originated quite some distance from Bob Marley’s place of birth.

Ganja is the sanskrit word for hemp, making it a pretty obvious connection for etymologists. Between 1845 and 1917 the British Empire shipped 40,000 indentured laborers from India to Jamaica and as the cultures merged ganja became the term for the cannabis that the workers smoked, the term eventually becoming synonymous with Rastafarianism and Jamaican culture.

While many cannabis advocates cringe at the use of this term, (and many other of weed’s slang names), it’s this writer’s favorite word for cannabis.

Believe it or not, the origin of this word has nothing to do with the culinary tool of which many may think of. The word gained popularity in the US in the late 1930’s, however it can be traced to another Spanish word, potiguaya, which means marijuana leaves. The word potiguaya itself is the shortened version of “portación de guaya,” which is a wine or brandy in which cannabis buds have been steeped. Literally translated it means “drink of grief.”

Over the years potiguaya was shortened to “pot” and voila, the rest is, as they say, history!

While using the word grass to describe cannabis gained popularity in the 60’s and 70’s during the height of the flower-power movement, perhaps gaining this title due to the appearance of the lower quality cannabis making the rounds back then, it’s important to note that free-loving hippies weren’t the first ones to refer to cannabis as grass.  In the sacred Hindu text of the Atharvaveda, (Science of Charms), cannabis is referred to as “sacred grass,” and is one of the five sacred plants of India. Sacred grass is used both in ritual offering to Shiva and as a medicinal constituent.

Many believe that this term is rooted from the word marijuana, which is a Mexican-Spanish word introduced to the US when Mexican immigrants began introducing not only their culture, but also their language. Broken into two words marijuana becomes Mari + Juana which is quite similar to the traditional Spanish names Maria and Juana. Mary Jane is said to be the English version of these two names.

Last but not least is perhaps one of the most common slang words for cannabis in use today. The term weed itself is defined as a plant growing where it is not wanted; one that competes with cultivated plants. It would seem that the term weed sprouted from a scared population that didn’t understand the plant’s benefits.

How could a term for cannabis be so off the mark? It is definitely wanted by majority of the American population these days, and if it is in competition with cultivated plants it seems to be winning no contest as our country’s most valuable cash crop.

That being said, I’m going to go smoke some pot, some weed, some ganja… whatever the hell you want to call it, does it really matter anyway? Not to this guy. 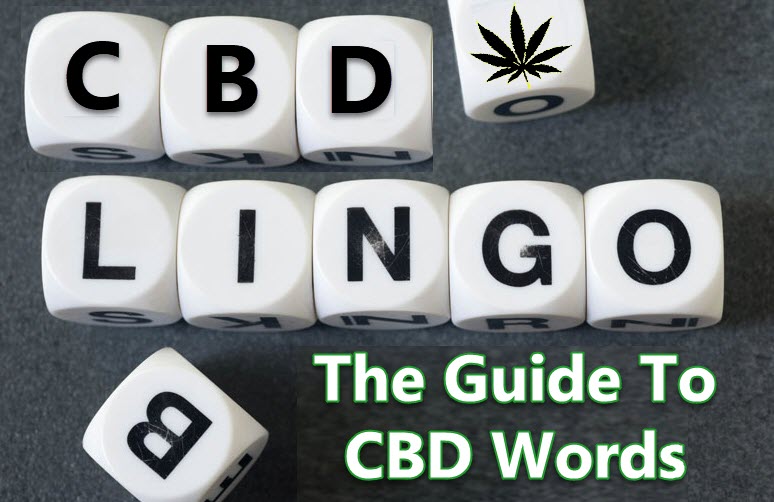 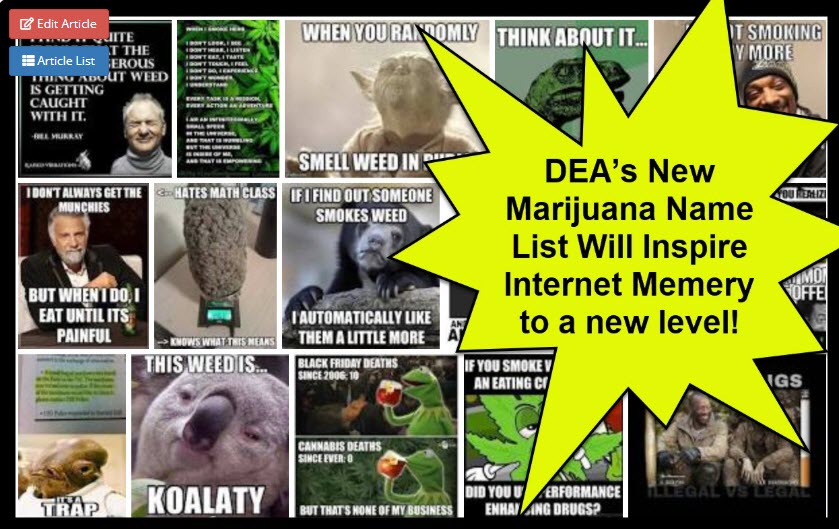