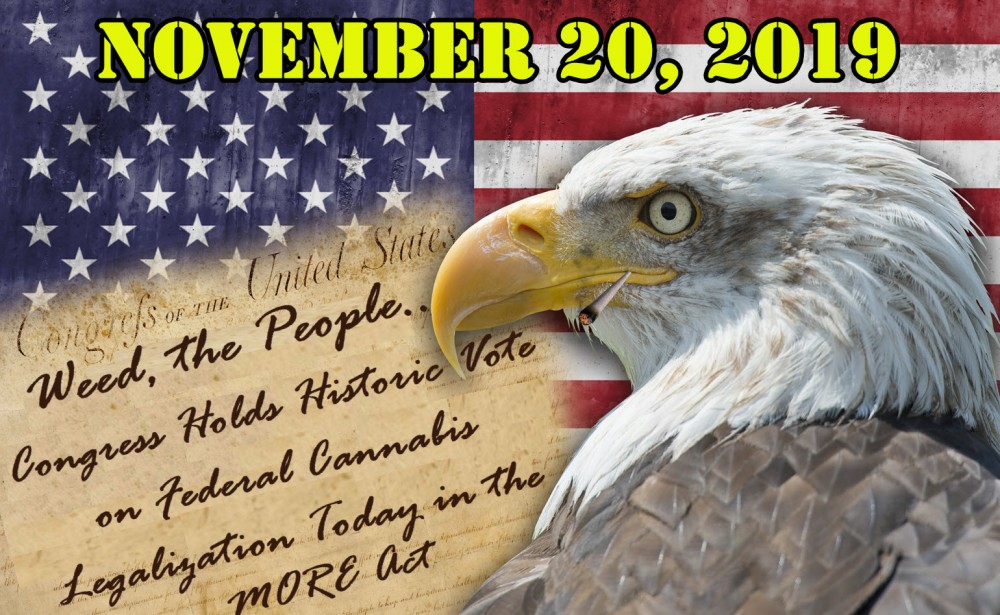 On Wednesday the 20th of November, 2019, The MORE Act or the “Marijuana Opportunity, Reinvestment and Expungement Act” is expected to have a Judiciary Committee Vote.

While certain analysts says this bill has a 1% chance of “getting through”, it is by far the most comprehensive pro-cannabis bill ever introduced in US legislation. This Act would essentially “remove cannabis from the Controlled Substance Act” entirely, remove all criminal penalties immediately and expunge any and all criminal records related to cannabis-only offenses.

It would essentially remove the criminal penalties and federal barriers (including that of the FDA) entirely, and would allow states to legalize cannabis as they see fit.

This is a Bi-Partisan Bill that has a lot of support from criminal justice reform advocates, civil rights unions, drug policy experts and immigration policy experts.

All of it seems like a good thing, but it probably won’t pass all the legal hurdles. But this might not necessarily be a bad thing. At the very least, it’s hinting towards a dramatic shift within the political landscape of the US.

The mere fact that the bill has bi partisan support should be a testament in its own rite. Nonetheless, we will see what happens to the bill this Wednesday is that it will most likely pass and then be shifted towards the Senate.

This is where things will slow down because the Senate is controlled mostly by Republicans. However, while this used to be a bad thing, the overwhelming support of cannabis across the political spectrum means that the bill could “potentially” pass in the Senate.

This however, might take a long time. You must remember, the current state of US politics can be best described as a “shit show”. In fact, global politics currently can be summarized as such.

Nonetheless, the “level of shit-showery” will either distract or completely derail efforts for full-scale legalization. Not to mention, plenty of the grey heads in the Senate make money from industries that benefit from the illegality of cannabis.

While the war is won, there are still plenty of battles we need to overcome.

What all of this means on the grand scale of things

One thing that we can take away from this is that there is a movement in the political scene favoring cannabis legalization. From what we’re seeing, these younger politicians are the ones that have a far more cannabis-friendly approach to politics.

The old dinosaurs like Biden are dying off, and the new faces are emerging. While I don’t think this bill will do anything until the next US Presidential elections are out of the way, I do believe it would happen shortly after that.

Whether Trump is reelected or someone else takes the “Iron Throne”, the nation will need a cathartic moment of release which will come through the means of “full scale cannabis legalization”. It’s the only thing that will release the pressure that has been building over the past few years. Especially after a failed impeachment effort by the democrats.

On both sides of the political isles, we’re seeing a battle wage. “The way things used to be” is dying off and new voices are emerging. Cannabis has cemented itself within the mass consciousness of society and will continue to spread its influence.

However, in my opinion the major shift will only happen after the next US Presidential elections. The next six to nine months will be a high-octane, emotionally-driven and ideologically-charged few months. Once the defeat/victory occurs – there will be a few months of “hostility” which will be resolved with the eventual removal of cannabis from the Controlled Substance Act.

Obviously, this is all just my opinion. I might be entirely wrong and perhaps the Senate just says “fuck it” and bypasses all my speculation. However, if I was a betting man…I’d go with my initial instincts.

Nonetheless, the one big take away from this entire story is that the US and the world is ready for the next wave of commerce.

I don’t know about you, but 2020 has always felt “significant” in some way. Perhaps because of shows like “Beyond 2000” or the fact that 20-20 vision refers to “perfect site”, but judging about how things have been going lately and the shit-fuckery of our daily existence – 2020 simply feels like it might be an important time in human history.

Perhaps it marks the beginning of a major paradigm shift – a moment where people from all walks of life realize that all of this arguing and bullshit, this prohibition and war, this fear and loathing is nothing more than a colossal waste of time and resources.

“The Re-legalization of cannabis is the catalyst that will change the way we move forward as a species. It will be a marked moment in our story where future generations will say, ‘That’s when it all changed!’”

The U.S. House Judiciary Committee on Wednesday approved a sweeping cannabis reform bill by a vote of 24-10, a milestone moment that moves the multibillion-dollar marijuana industry a step closer to federal legalization.

If adopted into law, the social justice-focused Marijuana Opportunity Reinvestment and Expungement (MORE) Act of 2019 could open up huge business opportunities for legal marijuana nationwide, similar to the federal legalization of hemp.

But the measure isn’t likely to make it to the full House for consideration until 2020, at the earliest.

Even if the measure passes the full House, the Republican-controlled Senate currently is seen as a formidable and unlikely barrier to cross before the 2020 elections. The bill is being carried in the Senate by California Democrat Kamala Harris.

THE MORE ACT AND LEGALIZATION, READ THIS… 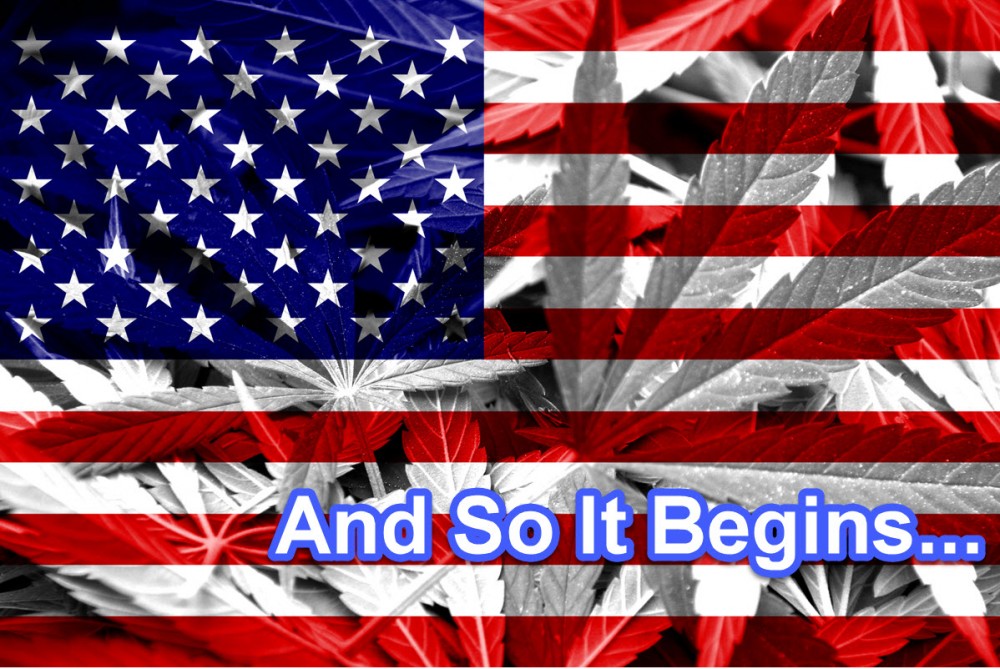 WHAT SHOULD YOU DO BEFORE WE LEAGLIZE WEED, READ THIS.