Home Marijuana News Could Las Vegas become the Cannabis Capital of the World?

Could Las Vegas become the Cannabis Capital of the World?

Why Las Vegas is The Capital of Marijuana? 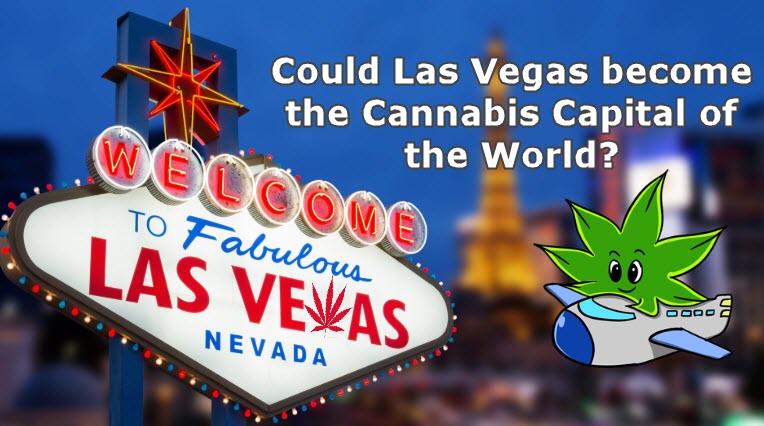 It’s HIGH time that casinos and entertainment in Las Vegas take a backseat, Marijuana is on the RISE.

For so many years the Sin City also known as one of the entertainment capitals of the world is upping its ante in the leisure and entertainment industry. Cannabis-themed attractions and stoner activities are on the upswing. Perhaps another moniker is in the offing this time as the so-called “The Capital of Marijuana” for its budding weed culture.

As of July 2017, pot in Las Vegas is legal. If you’re 21 and over vamoose to the tons of dispensaries in Vegas show some ID and get an ounce for your recreational use. And if that’s not enough go to the next store or a drive-thru nobody’s looking. A driver’s license or passport will do for the ID it can’t be expired and must be scannable.

Marijuana for medical use has perks. A medical card means avoiding a 10% tax charged to recreational sales. The holder has access to a greater variety of products which means stronger and you get to buy more.

Buy all the marijuana you want, but smoking or ingesting in public places remain forbidden. Find a friend in Vegas and do your toking in the comfort of their private home. No wonder edibles, vape pens, and other smokeless products are popular among tourist who wants to get high without getting caught.

You think you got away with smoking in your hotel room then house cleaners spotted a roach be ready for a fine of up to $ 2,000 a day for the infraction.

Dispensaries don’t have consumption lounges, tasting rooms or anything along those lines this means no pot smoking allowed. Business is business, you are there to buy and they are there to sell–that’s it.

Buying marijuana and bringing it back home is not a good idea unless your home is somewhere in Nevada. Most states recognize cannabis as an illegal substance, states where cannabis is legal have their own laws about possession.

Even in Nevada, there are restrictions to purchasing like never buy on the black market. You get caught if you’re carrying more than an ounce, and over 50 pounds of weed merit a felony trafficking charge and a possible jail time.

Like alcohol, don’t drive when you are stoned you can be charged with driving under the influence of weed. Leave the marijuana sealed in your car or face an open container violation if unsealed.

With Nevada embracing the cannabis industry for its medical and recreational benefits, Las Vegas followed the lead and put its own stamp on weed culture.

The good trip starts with the party bus by Herbology Tours that will take you on a magical mystery tour to the top recreational dispensary Las Vegas. Along the way, you’ll be educated about the history and background of how Las Vegas was hooked on marijuana.

You’ll be visiting Planet 13 reputed as the first cannabis superstore, get treated to 15-foot tall dancing flowers on the roof and aerial drone exhibits every hour. A “budtender” will walk you through the dispensary showing the different strains and products including a 20-30 educational process. No drinking allowed or reek of liquor the staff will not allow entry. You can buy marijuana but smoking is not allowed.

Place Cannabition on your list of places to see, a first-of-its-kind museum that is marijuana-themed. A visitor can cuddle seven-foot tall buds, take a selfie with a 10-foot bag of weed, fantasize smoking an oversized joint, and witness a two-story bong.

Another take on the museum concept is Essence with a long hallway of artifacts and exhibits including a parachute made of hemp and an aromatic terpenes station.

Cannabis chapels allow twosomes who loves cannabis to tie the knot in “weeding” rites. The props are pot- themed and the altars are adorned in plastic marijuana. The monologue of the ceremony is about embracing each other and their love for marijuana.

Perhaps, not far behind are cuisines prepared by renowned culinary chefs with marijuana as their main ingredient.

One big advantage Las Vegas could have over places like Denver, Los Angeles, and San Francisco is the volume of tourist that enter the city over a given week and the belief that “what happens in Vegas, stays in Vegas”.  The tourists coming to Vegas are already pre-disposed to a party, get-crazy type of trip, this will include for many, trying cannabis.  The volume of 3 to 4 day tourist could create a revolving door of new cannabis users and people trying to bring cannabis products back with them to their home towns.

The availability of cannabis, the mindset of the entering tourist, and the massive flow of population in and out of Vegas creates a gateway that other cities can’t claim for weekend travelers and trade shows.

LAS VEGAS DISPENSARIES THAT YOU SHOULD SEE, CLICK HERE. 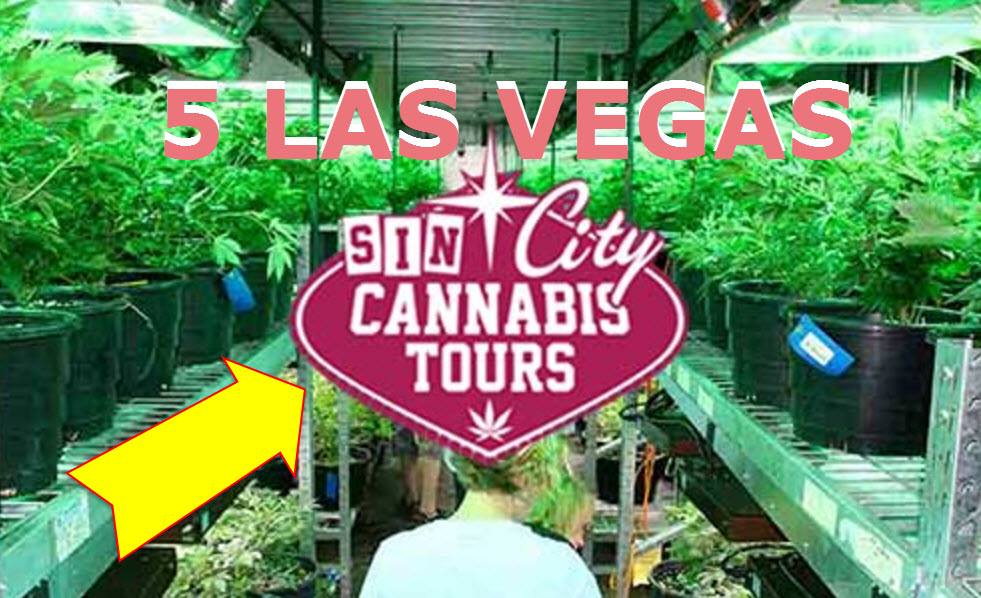