Home Marijuana News Dear Mr. President, What I Learned From Giving Away Free Cannabis For A Year

Dear Mr. President, What I Learned From Giving Away Free Cannabis For A Year

“Dear Mr. President, What I Learned From Giving Away Free Cannabis For A Year“ 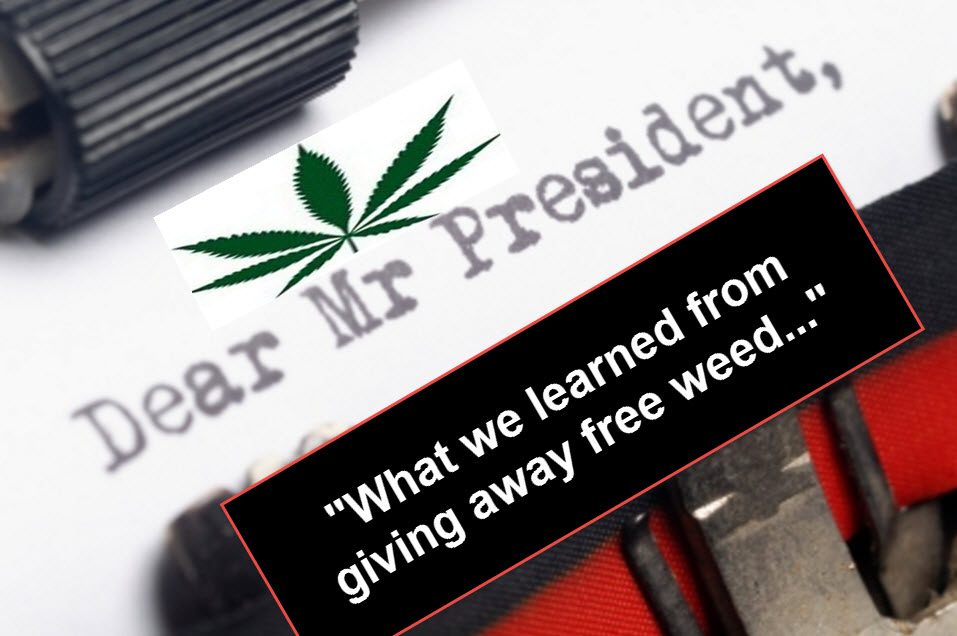 I hope you’re sitting on a comfortable chair, because I’m about to give you some hard facts that might shock you. Despite your views on legalization, giving away free cannabis for a year taught me so many important things which I’m going to share with you today.

I also want to say that despite all the benefits of cannabis, the most important aspect of legalization is the fact that cannabis saves lives. You have children and a family, wouldn’t you want to give them only the best medicine that the world can offer? It’s here, and even though you’re a billionaire, it’s much safer and way more affordable than what even the world’s best healthcare centers can offer. You’re a good businessman, I know you can do the math. Cannabis is the best healthcare investment that anyone can make.

Before further ado, here are the most important lessons I’ve learned from sharing this amazing plant with others for free:

1.  Thousands of sick people use it for everything from back paid, to PTSD, to anxiety, to depression..either they are sick or trying help a loved one who is sick, father mother child. From minor to debilitating conditions, cannabis has changed the lives of people not just across the country, but around the world. It has been the panacea that has saved them after they’ve tried dozens of pharmaceutical medications that they couldn’t afford, didn’t work, or got them even sicker.

People have shared the plant with thier loved ones because – who wants to see people they love in pain or suffering? We all deserve to enjoy this thing called life, and have equal access to things that can improve the quality of life. And cannabis does that.

Mr. President, I would like you to please put yourself in the shoes of these people, for just a minute: 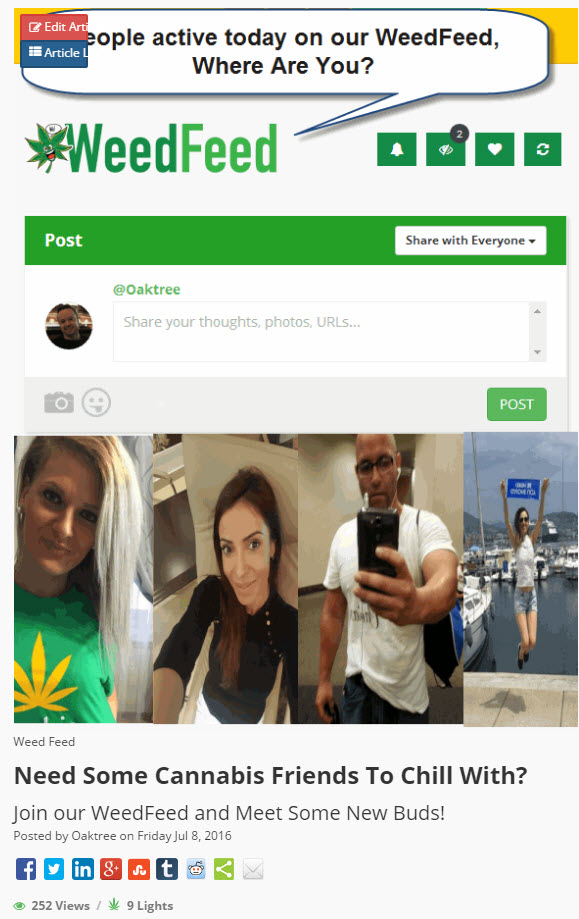 John Shaffer-Spencer Both my wife and I are medical marijuana patients from Arizona that have just moved to Oregon in the last year. Unfortunately the move pretty much took all we had to get here while just surviving on my wife’s disability as I am still fighting for mine from the Veterans Administration. My wife’s need for medication is primarily related to her seizures and some minor pain issues as well as PTSD.

My medical marijuana use is for pain as I am on heavy narcotics due to to chronic pain issues and it helps with my PTSD. My wife and I are struggling to make things come together in our new life here in Oregon so unfortunately have been stuck without our medication more often then not. To the point I have been forced to resort to using the heavy narcotics again (this time around Morphine and Oxycodone) to handle my pain since we simply don’t have enough funds to have enough medication for me to replace the pain killers the Dr.’s force on me.

Having a years supply of medication would make life much easier for us. I would be able to get off of the pain medication and use the more natural and less harsh on my body marijuana instead of items like Morphine or Oxycodone. Likely I still have another year or two before my disability will be taken care of so we something like this would make the next year waiting a lot easier on both of us.

Gilbert Medina i believe i should win because when i was 16 years old i was diagnosed with chondroblastoma and now have a titanium shoulder with a rod all the way to my elbow. i wake up with. numbness on my left side almost every morning, the pain has yet to recede even now that i am 23. so every morning i like to take a toke or two and get on with my day. god bless.

Jodee Overholser I have pineal blastoma brain tumors and Parkinson’s disease haven’t been approved for social security they denied me. Can’t afford medication and I don’t want any pills I just want what medical marijuana for my pain and tremors . I can’t afford to pay for the medical marijuana card or the marijuana because i have no income.

Jasmyne Jazz Bixby It would be a dream come true if I won free weed. My husband has myofascial pain syndrome a muscle condition where his back muscles are in a vise grip around his spinal cord causing extreme back pain. I myself suffer from panic anxiety and depression. We have always struggled to to get weed since we have been homeless for over a year. Its the one thing that helps us get through the tough time. If I won a free pound our life would be complete. 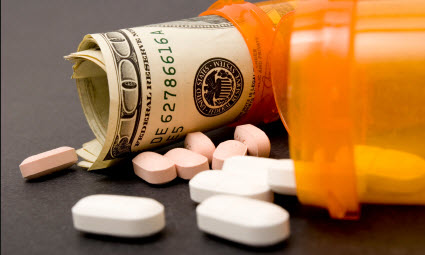 2. Please stand up to big pharma and legalize this plant, even if for medical research and prescription purposes at a federal level.. Lets the states decide recreational policy.  This will lower our health care costs, bring down drug pricing, and be a healthier option for many who are on opiates or psychoactive drugs.

While there is an abundance of anecdotal evidence on how well cannabis has worked in preventing and managing illnesses from cancer to alcoholism, medical research is severely lacking. Having solid evidence from the medical and scientific field about the health benefits of cannabis can educate and inform more people about its uses, and save even more lives. Doctors will then have an option to safely prescribe the plant to dying patients, and develop other cannabis-based medicines. Once cannabis is legalized at the federal level, quite simply put – more peoples lives will be saved.

Millions of people around the country are struggling to make ends meet and pay rent, and this makes paying for healthcare even more burdensome. Legalizing cannabis, at the very least allowing states to decide their own recreational policy, will give these people a chance at a better life. Aside from living in poverty, many of those afflicted with debilitating illnesses are too sick or weak to have a stable job.

Big pharma continues to murder your people. The very people you have pledged to save, the Americans whose qualities of lives you vow to uphold and take care of. Please think about that for a while.

3.  We were overwhelmed with sadness with the thousands of people who are hurting and need this plant, its oil, its effects to make their life just 5% better even.

I know that somewhere you can feel sadness and empathy. Maybe it’s for your family and friends, but when we read stories of people who are dying and sick, in desperate need of the healing benefits of cannabis, it breaks us down. Every day, hundreds of people write to us asking how they can obtain this medicinal plant, because it’s illegal where they live, too expensive, or simply isn’t available. And this isn’t limited to the United States; we’ve received messages from people around the globe who are reaching out because they know that having cannabis can improve the quality of their lives or that of their loved ones.

America is the land of the free, but we don’t feel that. As long as cannabis is still illegal at the federal level, we are slaves of big pharma and big businesses, people who are making fortunes out of the miserable, the sick, the dying.

Mr. President, allow me to give you a brief lesson in the history of cannabis. It is not a drug. It is a healing plant with potent medicinal properties that no other plant can offer. And guess what? This is no secret. Cannabis has been used since antiquity, by great nations no less. They were up to something and they knew it. From the emperors of China to the ancient Greeks and Spaniards. And no one ever overdosed from it.

They have long been familiar with the healing benefits of cannabis and have used it for its wonderful benefits. Meanwhile, through the course of history, alcohol and tobacco industries continued to grow while people shunned cannabis, and it’s all purely for greed. Alcohol kills approximately 88,000 people a year from diseases related to drinking, while tobacco is sold everywhere yet kills more than 500,000 people a year!!

5. Create a national medical card for traveling.  Too many families are moving to legal states, abandoning their lives and living in trailers or tents to help their sick children.  Why should someone be able to walk through TSA security with aderall, oxycotin, and MDMA now and not cannabis oil or capsules?  Someone literally has to leave their depression or PTSD medicine at home if they want to visits a friend or get on a plane..come on?

This just isn’t right. I don’t know what part saddens me more: the fact that families, even those who can barely afford to feed their children, are uprooting their lives to move across the country just to get access to cannabis, or the fact that they are already in great suffering. They are DESPERATE. Desperate for medicine, health care, and attention from you, Mr. President. How can you not care about them?

Meanwhile, it’s simply unimaginable to think about the thousands of people who are crossing TSA security with NO PROBLEMS at all, carrying aderall, oxycontin, and other drugs. But they can’t enjoy the same benefits with cannabis oil or capsules. Mr. President, people are traveling each day with poison in their bags. Why is there nothing being done about this?

People who use medicinal cannabis should be able to enjoy the same benefits that regular people do. If we want to visit a friend or get on a plane, why would something as simple as that be impossible in this day and age?

6.  America is in the middle of a massive opidate addiction crisis.  Most states report a drop in opidate addiction where medical marijuana is legal and it can be used a “gataway” drug, not a “gateway” drug.  Suicide rates are down 9%-11% in Colorado depending on age group.  Cannabis is used as a weapon against this addiction crisis, why not help American’s heal, instead of hunting them down and and arresting them.  Let doctors use this plant to help against opiate addiction.

Mr. President, legalizing cannabis will be the best thing you can do for America, if you truly want to make this country great again. 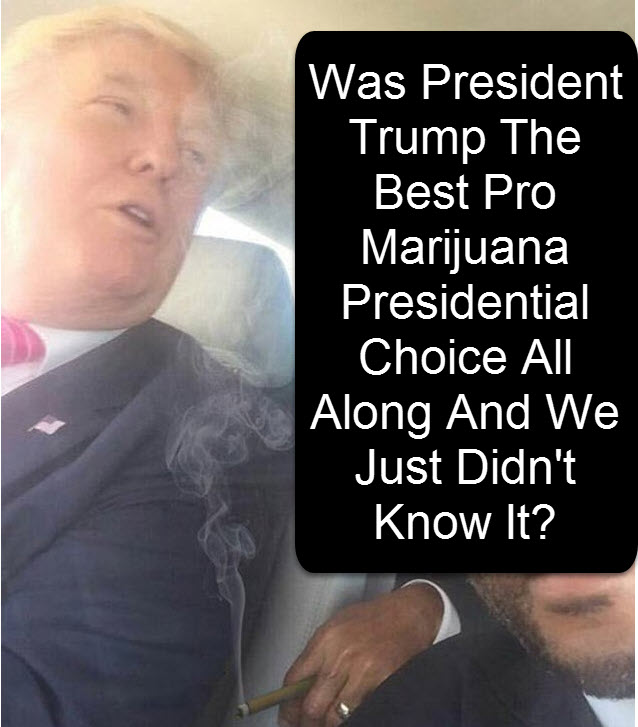 WAS TRUMP THE BEST MARIJUANA PRESIDENT ALL ALONG, CLICK HERE.

LEGALIZATION IS CHANGING THE FACE OF MARIJUANA, CLICK HERE.