Descheduling Cannabis: The Solution to the Vaping Crisis

Descheduling Cannabis: The Solution To The Vaping Crisis

And many other issues plaguing the cannabis industry

The need to deschedule cannabis is more urgent than ever.

Doing so would free the cannabis industry of its numerous obstacles, while saving the lives of those affected by the vaping crisis. Just last Thursday, US health officials reported that there were 180 more people affected by vaping-related lung conditions. According to the CDC, there are now 1,479 confirmed cases of the mysterious lung illnesses afflicting people because of vaping.

These numbers are alarming; it has prompted the CDC to devise a plan for testing lung tissue and fluids from patients, hoping that the results will help uncover the chemicals responsible for sending people to the hospital. “They might be able to see components that we don’t see in the raw materials,” explains an official from the New York Health Department’s Wadsworth Laboratory, who has been testing state samples.

Reuters was privy to a preliminary report of vaping product samples taken from patients in Wisconsin, which were tested by the FDA. They found that out of the products with THC, 2/3 of the samples tested positive for containing Vitamin E acetate, a filling agent that is used to increase the quantity of THC in oil.

“We’ve got nicotine pens; we’ve got THC-containing pens; we’ve got Vitamin E acetate associated with a lot of the THC pens, but we are not in a position to say what’s the cause of this dreadful illness,” says the official.

To put it simply, there seems to be no end in sight. Until all vapes are regulated efficiently, there will only continue to be more illnesses and deaths with the thousands of adulterated, unregulated vapes on the market.

Last month, over 800 leaders in the industry signed a letter sent to Congress, urging them to deschedule cannabis to reduce the harms caused by vaping.

The National Cannabis Industry Association (NCIA) took charge, and delivered the letter to the House and Senate leaders. It argues that the current state of vaping injuries as well as deaths is a clear sign that federal regulations are necessary. The letter adds that most of these injuries are caused by the consumption of unregulated products.

“Make no mistake, the legal state-regulated cannabis industry knows that any death is one death too many,” reads the letter. “Fortunately, we have policy tools that can be employed to help limit the illicit market, implement uniform good manufacturing practices and prevent future harms.”

Marijuana Moment got a hold of the NCIA executive director, Aaron Smith, who stated that “it is absolutely vital for members of Congress to understand that this vaping illness outbreak is directly tie to failed prohibition policies that support the unregulated underground market.”

“There is a reason there are no illness outbreaks related to tainted alcohol in this country: the substance is regulated at the federal and state levels, and licensed producers have almost entirely replaced bootleggers,” Smith adds. “Descheduling cannabis products and regulating them effectively is essential to improving on successful state regulatory systems, allowing more comprehensive research, and displacing the illicit market.”

The letter goes on to include 5 policy recommendations, which the group believes would reduce the risk of people’s exposure to untested products:

“—Congress is urged to immediately remove cannabis from the Controlled Substances Act and begin to sensibly regulate this substance in a manner similar to alcohol and other consumables, and to make funds immediately available to state medical authorities to investigate these cases.

“—Licensed vape cartridge producers are encouraged to halt the use, if any, of additive thickening agents until more data is available.

“—Given the preliminary reported association of some illness cases with Vitamin E acetate, any licensed producer that has included this additive in recent vape product batches is strongly encouraged to issue a voluntary recall of those products.

“—Licensed cannabis retailers are encouraged to take steps to ensure none of their available vape cartridge inventories have been sourced from a producer that uses Vitamin E acetate.

“—Cannabis vape cartridge consumers are urged to immediately cease the use of any product obtained from the illicit market and to limit any future purchases of vape cartridges and other cannabis products to state-licensed, regulated businesses.”

“Descheduling is the only way to truly reform federal cannabis policy in a sensible manner so that state regulatory programs can most successfully ensure consumer safety and to pave the way for appropriate federal regulations,” adds the letter.

So for as long as cannabis is within the responsibility of the Drug Enforcement Agency and not the Food and Drug Administration, quality control standards only seem like a pipe dream. And lives are at stake. 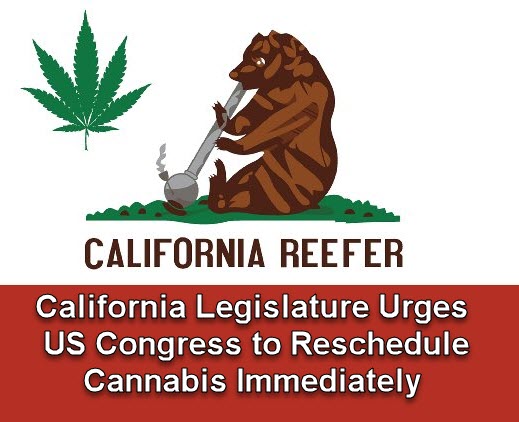 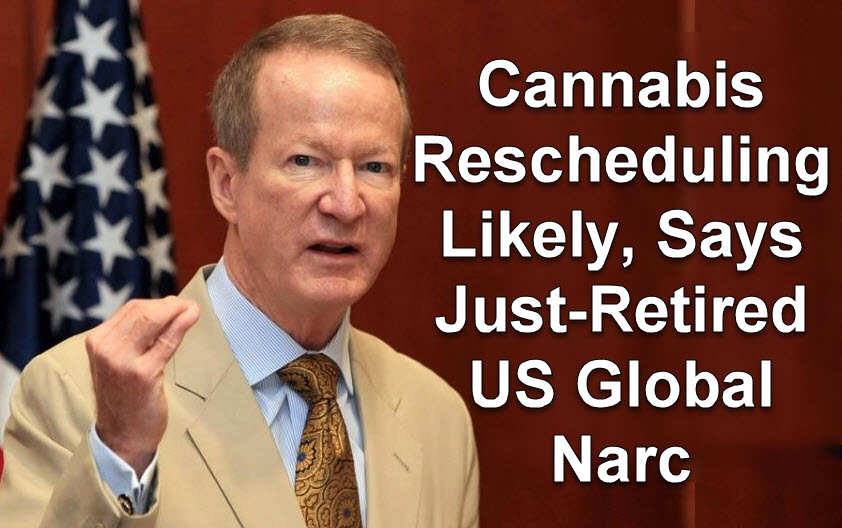