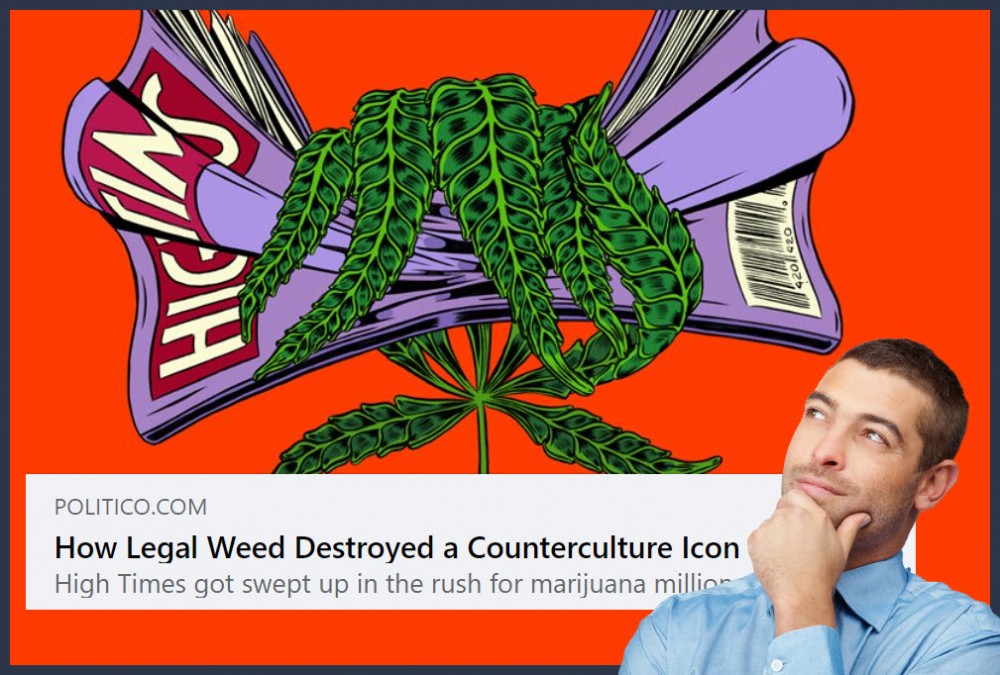 Politico’s Ben Schreckinger wrote a wonderful piece about the birth and the potential death of High Times. The journalism within that piece is just fascinating. The timeline of High times is something that will keep you glued until present day.

If you want to read a good story – click on the link above.

For those who are going to continue reading, I’m going to write up a very brief summary of everything that happened to give you all some perspective. At the end of the article – you can decide whether High Times is dead or not.

The beginning of High Times

High Times was founded in 1974 by a man named Gary Goodson. From what can be gathered, Goodson was always on the opposing side of the government. He lived during a time when printing technology became accessible to the masses.

Suddenly – people could print their own newspapers. No longer slaves to BIG MEDIA. This was the birth of the counterculture.

Goodson, after Vietnam where he learned to be a pilot – started his own publication called Orpheus which he financed with drug smuggling.

In the 1960s, the “underground press” was labeled as “a concern for national security” and in 1969, they raided his headquarters. By now, Goodman changed his name to Thomas King Forcade to spare his family the embarrassment of what he was doing – all things counterculture.

In 1970s, when he was called to come before the Commission of Obscenity and Pornography, he famously exclaimed, “The only obscenity is censorship!” and threw a pie in the face of the commissioner.

After Orpheus shut down, Forcade inhaled nitrous-oxide for days until he conjured up the idea of High Times.

As one former editor at High Times put it – “this was all part of one assault on a system that he saw as irredeemably corrupt.”

The Unification of the Counter Culture

As Chong said, “It united stoners all around the world…We always knew that there were other stoners out there, but until High Times magazine came along, no publication had devoted everything to the weed.”

This was true – Forcade distributed the magazine via his smuggling channels and before you knew it – it became an international sensation. It became the smuggler’s Bible, a source of information untainted by government narrative.

This was the heart of High Times.

However, five-years later Forcade killed himself. Based on some of his previous comments, he was probably struggling with depression since before he came up with High Times.

“I went into a long period of self-examination to determine what I wanted to do next. The ‘movement’ was over and I needed something to keep from killing myself out of boredom. And so, aided by many tanks of nitrous-oxide, I came up with High Times.” – Forcade

In the 1980s, the magazine took a slight detour and focused on Cocaine for a sting – mainly because it became the drug of choice in America. Editors soon realized that Cocaine was not weed, and reverted back to focusing on cannabis.

It also focused on the home cultivator more while still remaining in opposition to the official narrative.

As with any war, you can’t have opposing narratives floating around and so Uncle Sam, who was balls deep in a Drug War – needed to silence High Times. The Magazine was saved due to First Amendment rights.

However – politicians were fully aware of the magazine’s existence.

The magazine continued to grow in popularity and in the 2000s, things start getting complicated.

From about 2003, things start getting wonky. It seems that the magazine was returning to its roots after a year of trying to be a “culture magazine”. Essentially – they MTVed it. Staffers were like, “NOPE!” and then returned back to focusing on weed.

Up until about 2010-2015, High Times experienced relative success. It seems like everything was going dandy until the company started to exchange hands.

Little by little, corporatism started infiltrating what was once sentiments of resistance. Eventually, it landed in the hands of Adam Levin, the current CEO of High Times. While he is a cannabis smoker – he shares none of the initial beliefs. For Levin, it’s all about the money.

High Times stopped being about weed

If you read about all the law suits that’s plagued High Times for the past five-years or so, you’ll see the pattern. Money hungry, self-serving people took helm of High Times. No longer does it cater to the counter-culture because it became a corporate beast.

While cannabis cup is still a fan favorite – you can only expect watered down corporate-centric content from them for now. While High Times isn’t technically dead – it lost its soul a long time ago. 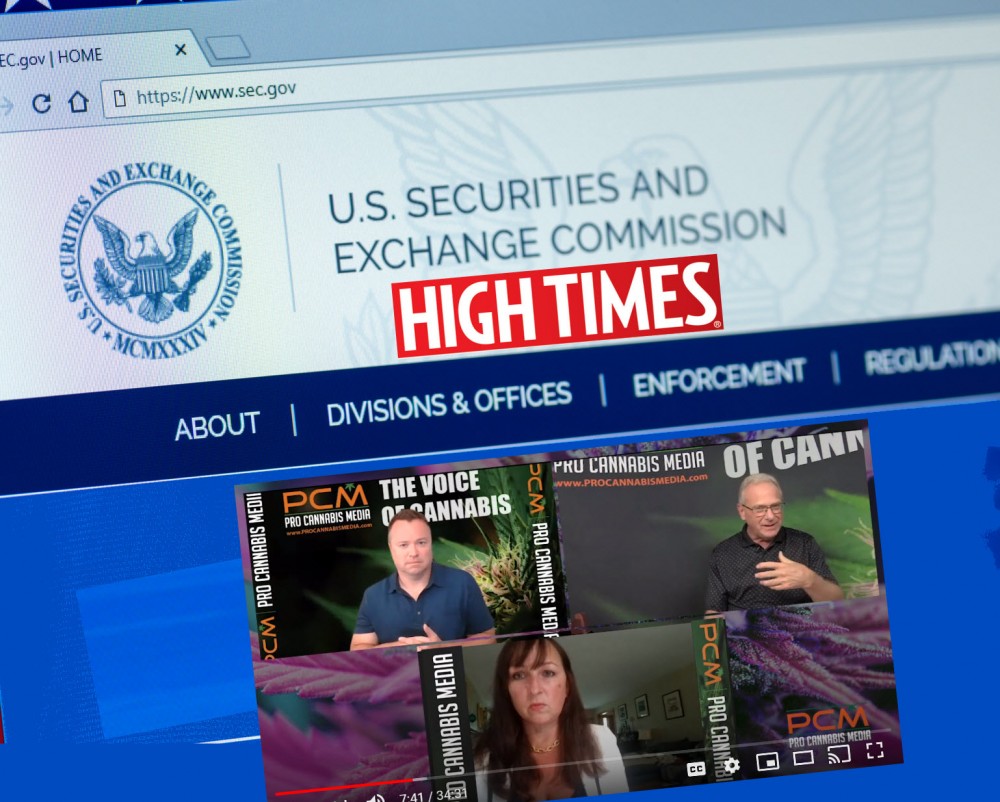 WILL HIGH TIMES EVER HAVE AN IPO AT ALL, WATCH THIS INTERVIEW! 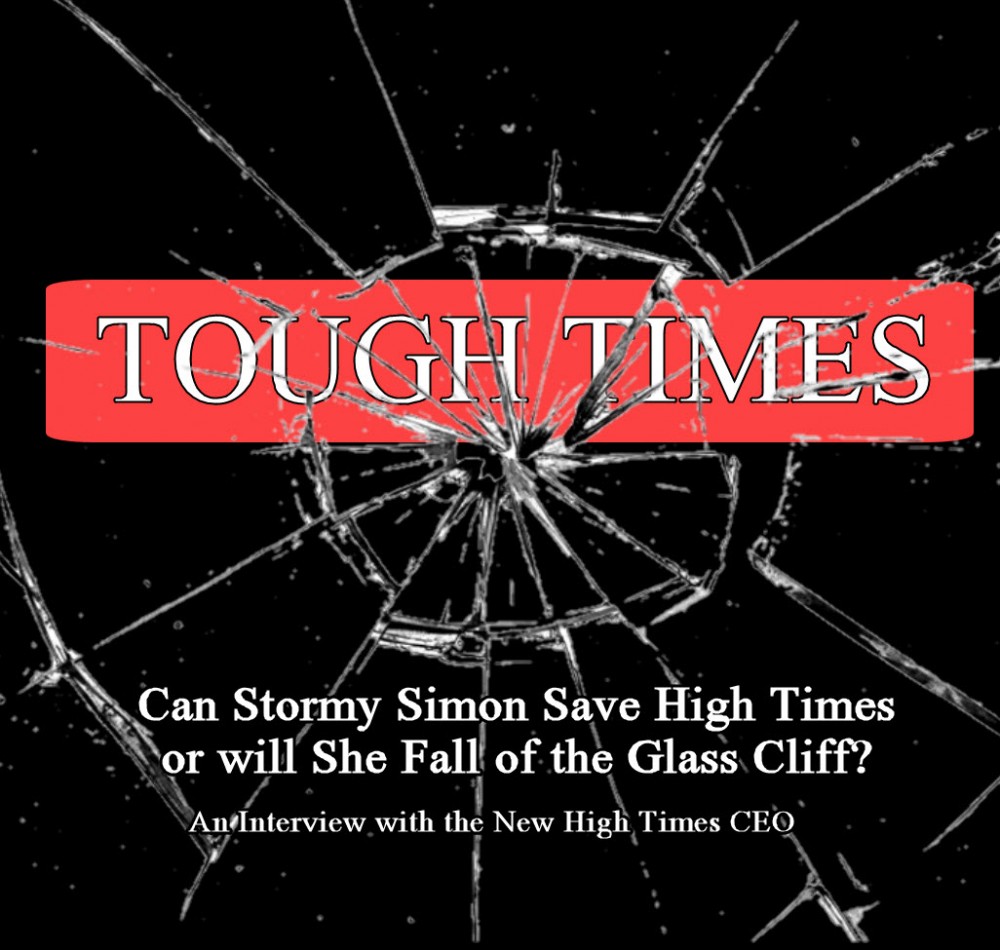 HIGH TIMES DUMPS STORMY SIMON, WAS SHE SET UP ALL ALONG?