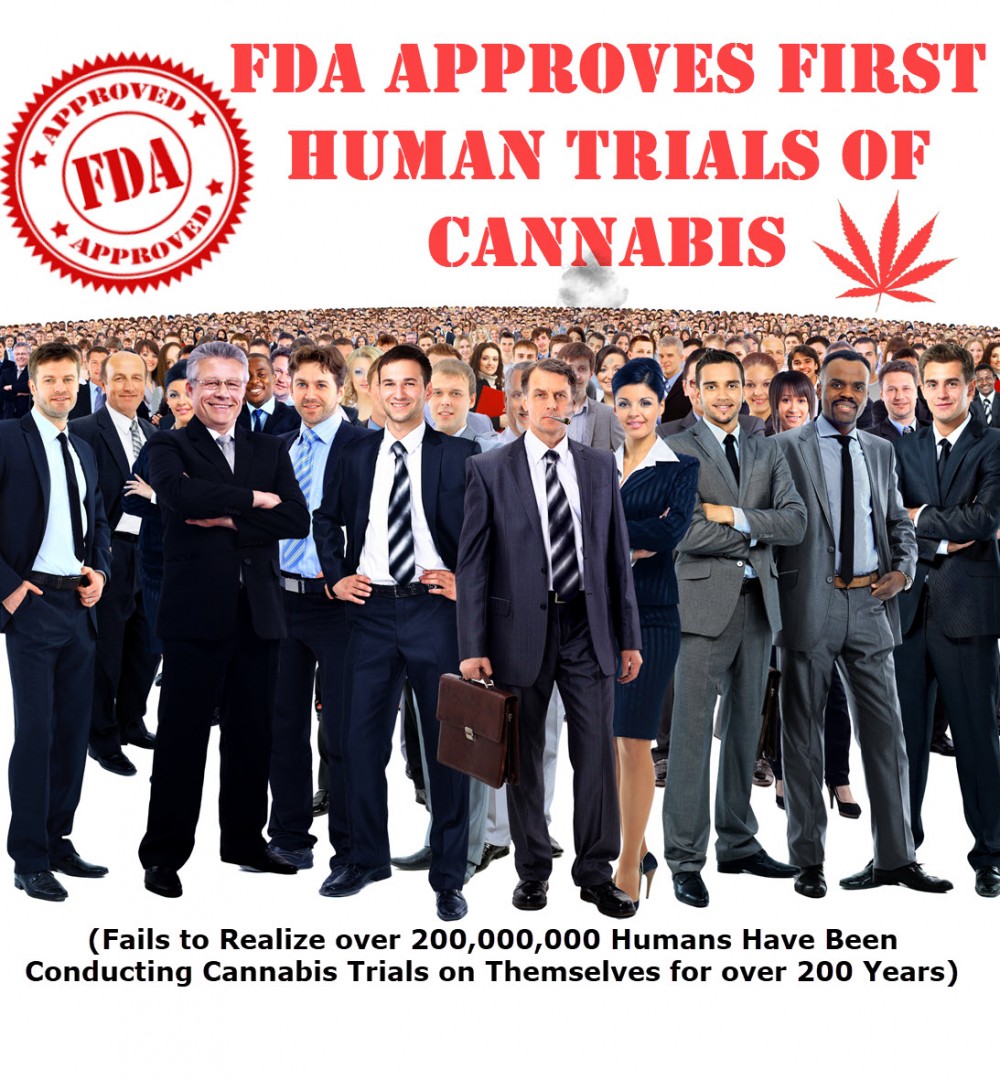 Although the history of cannabis in America is mixed with wonderful developments in cultivation and technologies, the FDA and other federal agencies have continually hindered the development of the industry. This cannot be ignored, as it has lead to hundreds of Americans from musicians like Danny Brown to average citizens being imprisoned. However, considering the FDA has just approved the first cannabis trial to be done on humans in America, things are moving forward.

America Finally Modernizes Its Attitude Towards Cannabis, The Lucrative And Promising Natural Medicine,

This trial will compare the effects of cannabis against placebo and is meant to see what, if any, conditions medical cannabis is effective in treating. As cases are happening all across the state of Massachusetts of extreme vomiting in heavy cannabis users, this trial couldn’t be more timely. The trial will be done by Yale, a Massachusetts college, and will hopefully illuminate possible causes for the condition causing vomiting across the state.

In the scientific world, it’s important to limit bias. To do so, scientists aim to prove their world through controlled double-blind placebo trials. These trials aim to remove the bias from those partaking in the trials, those performing them, and those analyzing the information. Once cannabis is allowed to be studied this way, as every other medicine is studied, America can hope to make serious progress in understanding the substance.

Research has been done for decades on cannabis, however, little of it has been able to be followed up on due to restrictions. Now that the FDA approves this landmark trial, hopefully, more will come. It would be best for the public to welcome this olive branch, as what’s most needed is a healthy and well-informed industry. The more information is available on cannabis, the more secure the industry can be.

It’s never too little, and it’s never too late. Although cannabis prohibition has gone on for almost a century, it is quickly becoming a leading industry within the country. The explosive popularity of CBD products proves that alone. If market demand shows no sign of abiding, then research and regulation will be necessary.

Control within this Industry is a Necessity, Not a Luxury

Not only is it necessary to understand the negative effects of cannabis use, the CDC was able to link the vaping crisis which left many ill and some dead to Vitamin E Acetate, commonly found in cartridges sold on the street. Respected and tested brands, such as Claw Concentrates, are still wildly popular and safe to consume. If cartridges were federally regulated it would be unlikely that this crisis occurred at all.

Similarly, CBD is a gold rush. Thousands of products are being released and thrown on shelves which are not tested at all. This means that their CBD content can be falsely advertised, to the point of containing barely, if any, CBD. It is in the interest of the common consumer that these products be regulated. Consumers are free to purchase any product they please, but the labeling of said product must be accurate.

In the case of cannabis-induced vomiting, the conditions last for months with patients vomiting daily. This is cause for great worry as dehydration caused by vomiting may lead to kidney complications. Such complications can result in death.

For one patient, who was vomiting daily, quitting cannabis relieved his symptoms. However, he then began to smoke cannabis grown without the use of pesticides and has not had a vomiting episode since. This is another topic worthy of research.

As cannabis is an alternative medicine viable for those who suffer from extreme conditions such as wasting syndrome, doctors have understood the risks of pesticides and residuals contaminants. If a patient has a compromised immune system then doctors understand they must have clean cannabis. Exposure to molds, mildews, pesticides, or other substances may greatly threaten the health of the patient.

While this is especially relevant to those who suffer from extreme illnesses, the same should be true of the average person. Exposure to such contaminants is taxing on the human body in general, and should not be ignored as a threat to the health of cannabis consumers.

The demand for clean cannabis should be as common and as respected as the demand for clean produce. Medical cannabis is used by patients for pain, depression, anxiety, and more. Ignoring their need for regulated and clean cannabis is ridiculous. If the FDA can shift its attitude towards the acceptance of cannabis as a substance, perhaps contaminants could become truly controlled within the industry. This would certainly limit global cases of illnesses related to cannabis use.

Across the Lake, Similar Waves Are Breaking

Although it’s still difficult for England to accept the viability of THC for treating certain conditions, the NHS has approved CBD as a treatment for medically resistant strains of epilepsy. Advocates are pushing for THC to also be considered as a treatment option for several conditions, but the research and demand for CBD is so high that it’s irresistible. Parents of children suffering from these conditions have had to go overseas to purchasing these prescriptions privately before the government allowed the use of this medicine.

This is a major step forward for cannabis acceptance globally and hopefully will encourage England to research the rest of the many cannabinoids in the plant. Cannabis acceptance is happening slowly, but it will occur through effective research and implementation.

To smoothen the transition into an era where cannabis is a common and socially acceptable substance, advocates need to let go of their emotions. This will not be a black sheep industry for long. Soon it will be able to stand on its own merits and exist as it rightfully should. Retaining the rightful anger of the wrongfully prosecuted and ignored will not serve the evolution of the industry.

Instead, advocates should welcome this opportunity, as they should welcome every opportunity. Governmental attitudes are shifting. The medical industry is beginning to accept cannabis as a viable medicine. If handled correctly, cannabis could become a well regulated and mainstream industry soon. 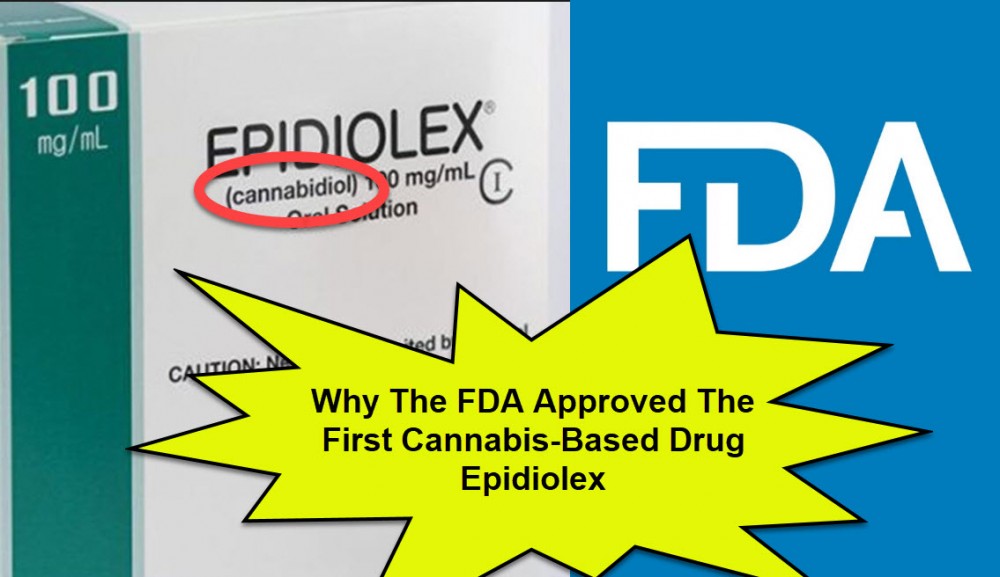 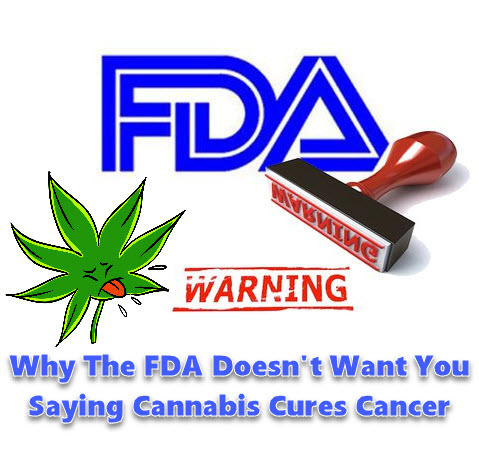