Home Marijuana News Forget Defund the Police, We Should Start with Defunding the DEA

Forget Defund the Police, We Should Start with Defunding the DEA 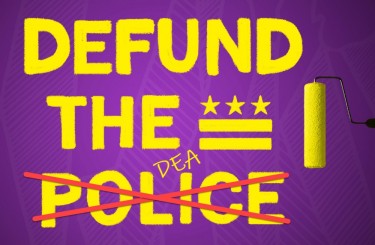 You know – there simply aren’t any real good reasons to keep the DEA around anymore. What do they do really? It’s not like they stopped the flow of illegal drugs? In fact, one could argue that their meddling only increased the prevalence of drugs seeing that the more they cracked down on the illicit trade – the greater the street value of a drug became.

However – this article isn’t about their epic failures but rather their relentless need to continue to tout the same old reefer madness, even when they have become one of the most irrelevant federal agencies in the US currently.

The latest drivel published by our favorite bullshit news media organization – Fox News – which claims that “Depression and Suicide Linked to Teen Suicide”. Yep, you heard that right – they are trying to suggest that because teens are smoking weed – they have a higher propensity to kill themselves.

Of course, when looking at the article – which you can read here – you won’t find any reference link to studies. Simply factoids without any substantiated information to back it up. The only “authority” on the topic was from Dr. Kenneth Finn, Pain Medicine Physician in Colorado.

The question is, why would a pain medicine physician be the go to authority to talk about teen suicide? More importantly, of all the claims that Finn made, there was no reference to the studies mentioned – probably because with enough scrutiny you could see that their suppositions are based on the idea that cannabis-use is pathological.

How do I know this?

Simply because of this;

Since there’s no actual links on the article, I have to assume that the statistic comes from the CDC or NIDA or some agency of the sorts that would utilize the criteria of the DSM-V to judge whether a youth was “addicted” to marijuana or not.

No I’m not arguing that kids should smoke weed, but I am pointing out that bad science should be scrutinized and disproven.

“When you’re having a fragile brain that is still developing and having negative impacts on that, some of those bridges, you cannot uncross, like the schizophrenic or the psychosis, some of that those symptoms persist even after cessation of use,” said Finn.

Marijuana’s negative effects on attention, memory, and learning can last for days and sometimes weeks.

I don’t really want to dive into why all of these things are wrong, but let’s go over them quickly.

The link between cannabis and schizophrenia is a weak one, and psychosis is a recoverable occurrence. Additionally, the vast majority of folks who consume cannabis, and I mean the vast – are totally fine and would never present any symptoms of these conditions or have any trace of it.

No – the memory effects don’t last for weeks. Maybe if they smoked weed they would know.

If you want to Defund the police – start with the DEA

I personally don’t subscribe to the notion of defunding the police as a whole. I do believe we need a radical redesign of the “justice system” in general, but that doesn’t mean we don’t need people who are willing to put their lives on the line to protect those who cannot do it themselves.

This is essentially the function of the police – to act as the “public muscle” against would be criminals from extorting those who cannot defend themselves.

However, due to the War on Drugs and several other policy changes, the police have become glorified body guards for corporations and the political class. Banks can launder trillions of dollars and get slapped with a fine, but how many lifers are currently sitting in prison for possessing cannabis?

But then again, the first real police force in the US was made to corral escaped slaves – so perhaps their legacy is riddled with atrocity. Nonetheless, if there’s one agency that arguably has caused the most deaths, and violated your rights the most – it’s the DEA.

This small wing of DOJ has started wars in Colombia, Mexico, Afghanistan, and numerous other places in the name of the “War on Drugs”. The millions of dead, the millions of prisoners, and the erosion of individual freedoms all can be placed on the shoulders of the DOJ and the DEA.

If you’re looking for the first candidate to defund – I recommend the DEA….right after you NULLIFY THE CSA! 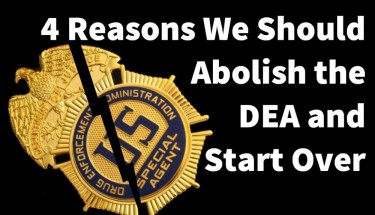 WHY WE SHOULD ABOLISH THE DEA AND START OVER, READ THIS. 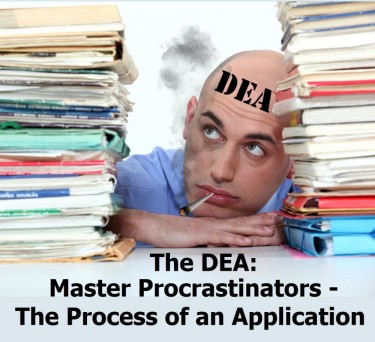 DEA ON MARIJUANA APPLICATIONS, WHY THEY ARE STALLING..