Green Fairy Charged by Police for Giving Away Free Weed 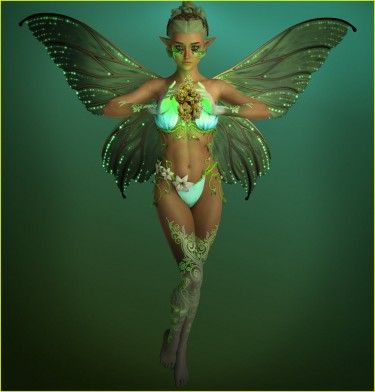 In New Zealand, The Green Fairy movement has always been one of the easiest ways for medical patients to procure much-needed cannabis.

While a lot of them await the legalization of cannabis, the green fairies do their best to bridge the gap between the medical cannabis users and the wonder drug. All these have been done at great risk.

The green fairies operate an illegal movement founded solely on their actions being morally right.

Take for example a very sick cancer patient, that has a chance of feeling slightly better with some marijuana. It is illegal to supply the marijuana but is it morally expected that the patient is helped.

This is where the movement comes in.

However, the upside about the green fairy movement is that they do not supply recreational users with the drug. Proof of prescription is always requested before any orders can be delivered.

A few days ago, a man of Waikato origin was caught red-handed by the law enforcement officers for possessing and giving out cannabis free of charge. What’s more, is that receivers of this man’s charity were elderly people in need of the pain-relieving effects of cannabis.

The name of the suspect is Jason Tong. The officers hit him with three charges. Two for procuring and providing customers with a class C scheduled drug and the last with an intent to supply and deliver these drugs to users. The session was held in Huntly District Court. Jason pleaded ‘not guilty ‘ on all charges.

According to the defendant, he began cultivating cannabis drugs as a means to an end. His son was sick and diagnosed with cancer, his wife had arthritis and he had a chronic backache. He cultivated cannabis with the hope of the wonder drug being an alternative medicine to provide relief to all ailing members of his family.

He and his wife soon discovered it helped relieve both of their symptoms. And since then, Jason has put more effort into cultivating more marijuana. He then mails it to people in need of medical relief around his vicinity.

There were also times according to Jason Tong where he had to send the harvested buds to hundreds of ailing people in New Zealand; most of whom did not have the resources to purchase conventional drugs.

Luckily for him, a medical cannabis advocate has decided to back him up in his court proceedings. They are emphatically stressing that “Jason was only doing his bit for people in need”.

Sometime in April, The Tongs had their house and the total area of their property raided by police officers.

Jason Tong said he has looked out his window that very day to see his property being stormed into by New Zealand policemen.

He said that the policemen went round his property, uprooting about 30 plant stands. These removed plant stands were the entire outdoor crop they had. And they had just finished harvesting these plants from the summer.

Hence, they lost a year’s supply of medications from that raid.

It is unknown to everyone just how long Jason and his home had been surveilled before this ‘misguided’ raid was done by the government. But the family believes it all started when Jason mailed off two packages that reeked of cannabis.

In his words, Jason Tong said, ” They believe we are running a very large operation and that we are providing gangs with cannabis”

During the raid, the family recalls that one of the investigators in charge of the operation kept asking for the money and a safe. The police officers didn’t believe at first that there was no money and they threatened to pull down Tong’s home.

The Green fairy, Jason Tong, reiterated and said that he does not believe in any way that the cannabis users he has been supplying are at risk. For one, they’re all consenting adults, and they need the drugs to cope. He believes he did all he did for the right reason.

Since then— to replace the cannabis he used— he has been prescribed other conventional drugs to help relieve his back-related problems.

Jason Tong and his family might be saved by the 2019 modified Misuse of Drugs Act.

An associate professor of law explains that for a person to be convicted on the 3 charges issued to Jason, he or she has to be moving more than 28 grams of marijuana. He went further to state that being in possession of more than this amount means their motive is to sell for funds.

Jason Tong’s Green Fairy case doesn’t seem like it would be kept under wraps. It’s more like the police are trying to use him to dissuade other green fairies.

The Law Enforcement agency had a spokesperson deliver a speech that confirmed that the stash found at the defendant’s home was enough for him to be prosecuted. The total weight had an estimated worth of $ 53,000. They also confirmed they had two Meremen in custody.

The spokesperson also said “Discretion can only be used for people found with a minimal amount of drugs under section 7 Offences of the Misuse of Drugs Act 1975.

Other comments were not made, with the reason being that the case is still before the courts.

In New Zealand, the use of medical cannabis is legal. But, only one drug got approved by the government and this drug is hard to find, not to mention expensive also. The majority of the ailing Zealanders cannot afford the $ 1000 a month product. This is why Green Fairies are still accepted across New Zealand.

If more products are not prescribed, or medical cannabis users are allowed to plant their grass, more green fairies will pop up all over the country.

Dozens of social service and health organizations have also advised that It would go a very long way if all cannabis products are fully decriminalized.

Hopefully, the Tongs get a pardon just like Rose did a few years ago on the basis of being morally right. The chances of this happening are very little. 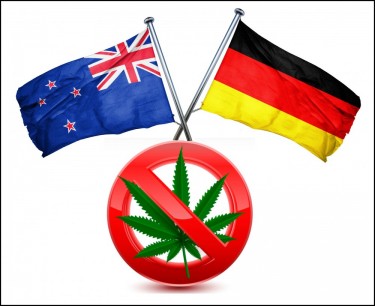 NEW ZEALAND AND GERMANY VOTE NO ON RECREATIONAL MARIJUANA, READ THIS!