Home Marijuana News Have You Ever Tried a Cannabis Lobotomy Bowl?

Have You Ever Tried a Cannabis Lobotomy Bowl?

Getting REKT on a Lobotomy Bowl 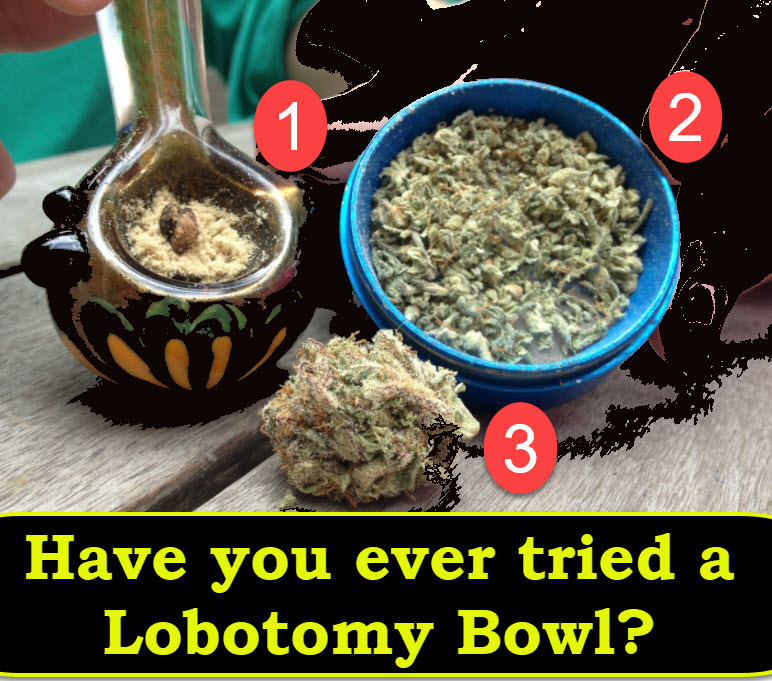 Sometimes you just want to unplug from this maddening world. With violence around every corner, a political shit-show that rivals the logic of Monty Python and people so sensitive that if you breathe the wrong way you’ll offend them.

At times, your daily toke just isn’t good enough to take you all the way into the void. Furthermore, depending on how regularly you smoke…your tolerance might also be through the roof and a ‘normal toke’ simply won’t do it for you anymore.

Well, if this is you and you’re looking for the remedy…try a Lobotomy bowl.

While the lobotomy bowl probably has many names for it, I found the term to be quite appropriate for what it is (and don’t worry, I’ll tell you in detail).

So let’s quickly jump into what it takes to make a Lobotomy Bowl:

First, before we start…I will tell you that getting your hands on all of the following ingredients will not be cheap, unless you are friends with a grower or a supplier.

Fortunately, I am…and seeing that many of my friends gifted most of the ingredients to me, it came out pretty cheap.

However, if were to have paid for all of this…I’d estimate a single lobotomy bowl to cost anywhere between $ 10 and $ 20 per bowl. So definitely NOT cheap.

Anyway, let’s jump into the ingredients and then I’ll jump into how to pack it.

Oh yes, it’s got everything in there.

But setting it up correctly is key to having it burn evenly and getting you REKT beyond recognition.

So let’s start talking about the layers of a Lobotomy bowl starting from the first layer (the lowest layer) to the last (top layer).

Layer 1 (bottom layer) – Moonrock and Hash balls – You want to place the moonrock and the hash at the bottom sort of like a bed. Moonrock and Hash will burn the slowest and in the case of hash, it forms a small sort of coal bed to keep the rest of the ingredients burning.

Layer 2 – Weed – You’ll want to have about half of the bowl full of weed. This allows the rest of the ingredients to burn quicker since weed will be the first thing to ignite. This will help burn the moonrock and the hash below it.

Layer 3 – Kief – Once you’ve got the weed in there, sprinkle it with kief until it’s nice and yellow. Cover the weed completely.

Layer 4 – Concentrates/Wax – Finally, to top it all off…you’ll place a small dab on the top of the bowl. The wax will melt and go through the rest of the ingredients allowing the weed to burn longer. Once the weed ignites, the moonrock/hash layer will start burning.

How to Smoke a Lobotomy Bowl correctly

As mentioned, this bowl is meant to knock you down. Thus, it’s not a shared bowl…it’s a personal bowl (just for you).

To get the full effect, you have to power smoke through the bowl with monk like dedication. This means that the moment you spark it, you’ll smoke it until it’s nothing but ash.

Simply take a big hit, hold for three seconds and release. Holding for more than 3 seconds is really pointless since you absorb about 97% of the available THC in the first three seconds. Therefore, holding it in your lungs won’t get you higher (save for some oxygen deprivation but why do you need that).

Take a large hit, hold for three seconds…release. Then repeat. Do this non-stop until you have completely smoked everything in the bowl.

Then…just wait for it.

Odds are you’ll be higher than a kite on mars halfway through the bowl, but even if you feel like slowing down…continue the ritual until the bowl is done. By the time you finish the bowl, the THC will be pumping through you with mad passion, you will feel higher than you’ve felt in a long time and all of your immediate problems and worries will dissipate into the ether of the universe.

I personally don’t do lobotomy bowls frequently, because it’s like eating edibles…you have to be prepared to be high for a while. So please, don’t smoke a lobotomy bowl if you have a full day ahead of you…you simply won’t get shit done.

Not everybody tolerates weed the same way and the lobotomy bowl is not for the beginner cannabis smoker just wanting to get little high…this is more for the seasoned smoker who knows their own body and how it reacts to weed.

Some people can get paranoid, others can start feeling anxious…especially since you’re overloading on THC. But if you know how to “ride the high” then the lobotomy bowl is definitely for you.

If you’re going to be doing a lobotomy bowl…we’d love to see it in action…film it and hashtag it with #Lobotobowl and we’ll share it here on Cannabis.net. 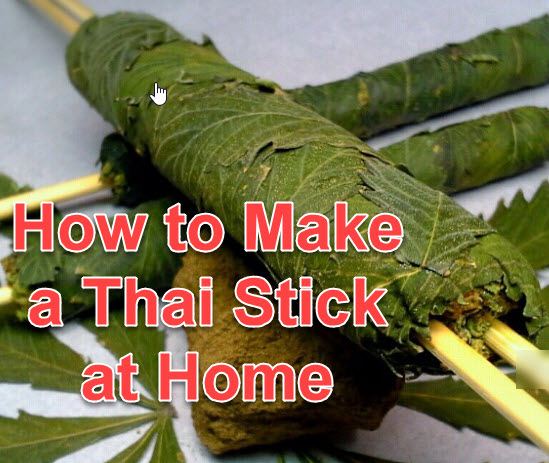 HOW DO YOU MAKE THAI STICKS AT HOME, CLICK HERE.