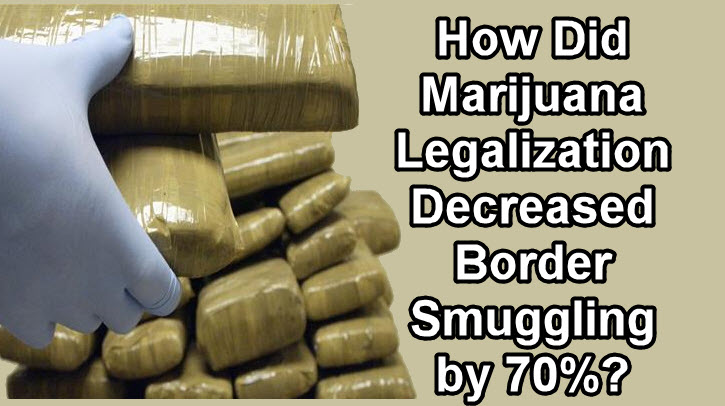 One of the major arguments in favor of legalized cannabis is that it is the most effective way of combatting transnational crime organizations. Now, with legal cannabis in the works for five years we finally have the opportunity to see this premise in action.

Over the past five years, border seizures of cannabis have dropped between 70% – 78% all along the Southern Border. As it turns out, legalization has been the most effective way of stifling the flow of drugs into the United States….at least for cannabis.

For those who have held this position surrounding legalization and the effect on organized crime, the results of border seizures was to be expected. However, a 70% reduction in border seizures is a significant number.

Why Did the Flow of Cannabis from the South Slow Down?

As with every commodity, the principles of supply and demand reigns supreme. The consumer is the ultimate gatekeeper that maintains the industry. Prior to legalization, the ‘type of cannabis’ you could get in prohibition states have always been sub-par. In most cases, prohibition states were the main buyers of Mexican brick weed.

Places such as Houston, who consumed 25 Metric Tons of cannabis last year, got a large portion of their weed from Mexico. However, consumer preferences have changed the demand for quality cannabis. People no longer want brick in their bowls. They want quality cannabis from Colorado or California or any other legal state.

The Brick weed, with its pesticides and seeds no longer is appealing to the average cannabis consumer. With states like California and Colorado growing a surplus of weed, there are many state-smugglers that are willing to risk their liberty for profit in prohibition states.

Consumers prefer to pay a tad bit more per ounce if they know they are getting “brand-name strains” or extracts, something that the Mexican Drug Cartels are not focusing on.

Another thing we can look at is a direct result of supply and demand. Over the past five years the value per kilo of brick weed diminished. Where before it was sitting comfortably in the $ 100-$ 150 per kilo, nowadays you can get a kilo for $ 35.

With this significant price reduction and no change in risks, Mexican cannabis farmers (people who have grown for generations) are shutting down their farms and replacing it with more lucrative crops…like poppies.

In fact, if you look at the trends in Mexico, they are quickly becoming the number one exporters of heroin and crystal meth due to the reduction in demand of Mexican cannabis in the north.

In fact, Mexicans are now looking to the North to buy their weed too. More consumers prefer to spend $ 10 – $ 30 per gram of quality bud in Mexico as opposed to buying cheap $ 50 peso bags that don’t get them high.

The legalization of cannabis in the North has effectively reversed the flow of marijuana between the United States and Mexico.

As a result of lower production rates in Mexico, consumer demand for quality pot in the United States, it’s no wonder that the border seizures have dropped so drastically.

Can this be applied to other drugs?

For decades the policy on drugs were, “Just say no!” A Militarized approach to wiping out suppliers and punishing consumers have done absolutely nothing to stifle the drug supply chain. In fact, one could argue that the strict prohibition of these substances increased the value which led to higher profits for cartels which lead to higher production rates.

The big question we should be asking ourselves is, “If legalizing marijuana diminished the illicit drug trade [of cannabis], could it be applied to other drugs?”

The answer is, of course!

If there is one thing that we have learned from cannabis legalization is that consumers are far more willing to pay a bit more for a legal option that to risk their liberty for the cheaper illegal option.

Illegal drugs don’t have things like quality control, purity control, consistency, research and development and the likes. You never know what you’re buying on the black market.

But what would happen if we take substances such as morphine, LSD, MDMA, Psilocybin and the likes and move it into a legal recreational market?

Some would argue that it would lead to a higher rate of drug consumers, however, if there is anything we can learn from legalization is that legalizing doesn’t really effect consumption rates.

Let me put it to you this way, if tomorrow they were to legalize heroin all over the world…would you start shooting up? In all likeliness, the answer is no.

This is because those who want to consume heroin…already do. Legalization will just make the consumption of heroin less risky and the money generated from the marketplace could be used for education, risk prevention and rehabilitation.

Of course, something like Heroin is a very hardcore drug and the main reason it won’t be legalized is due to the Pharma monopoly on the market…but in essence, if you were to make heroin legal…taxed and regulated…you’ll be able to stop the flow of it or significantly diminish the flow entering into the country.

The bottom-line is that by trying to prohibit people from consuming drugs, does absolutely nothing to stop the supply chain. By owning the supply chain…that’s where the real power lies. 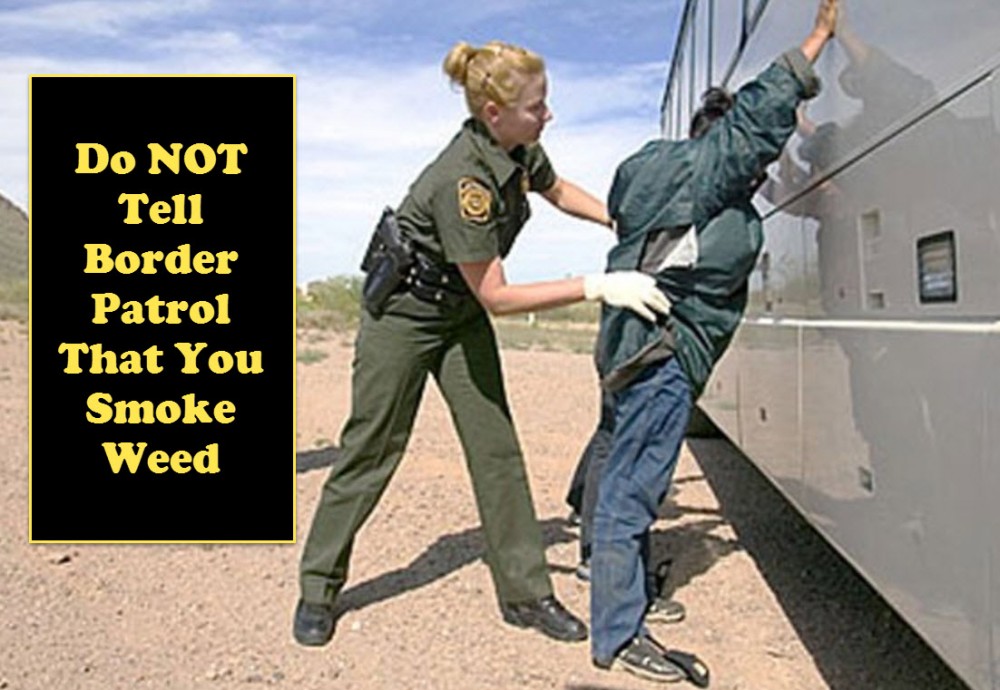