Home Marijuana News How Cannabis Tolerance is Impacted During Menstruation

How Cannabis Tolerance is Impacted During Menstruation

How Cannabis Tolerance Is Impacted During Menstruation 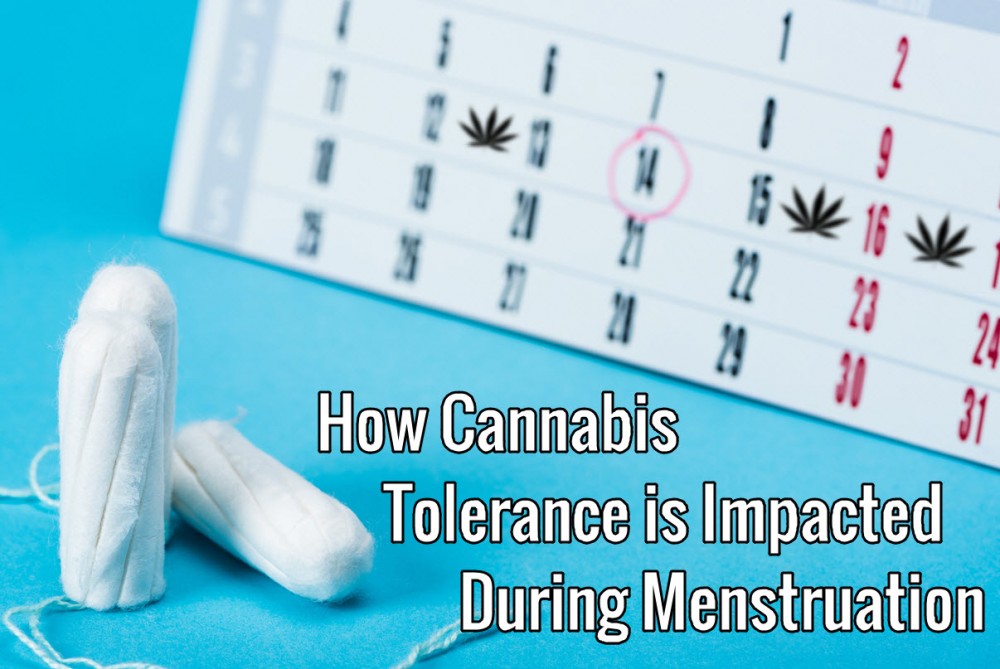 Not many processes take a toll on the human body like menstruation does. Often times when a woman menstruates, menstrual cramps and pain accompany the loss of blood and tissue from the uterus lining making the already stressful process tougher.  So many women turn to pharmaceuticals to handle this but most often than not this does more harm than good. What the majority of women have been oblivious to is that the answer to their problems isn’t in the numerous pharmaceuticals littered all over, it’s been made available for free by nature all along.

Menstrual cramps can be described as an aching or tightening feeling in the lower abdominal region, lower back region or in some cases the upper thigh area. Cramps are very painful occurrences that happen mostly before or during a woman’s period and Cannabis being one of the most efficient pain relievers available in the world today has been shown to be an effective way to handle this severe pain. Tackling menstrual pain might have been the main reason why women take cannabis during menstruation but in the course of doing this, an exciting new discovery was made. Read on to find out the other numerous effects cannabis have on menstruation and what this exciting discovery is!

It has been shown that the influence of cannabis on menstruation goes both ways! Cannabis influences menstruation and vice versa, menstruation influences the body’s reaction to cannabis. What regular users of cannabis during their period have discovered is that their cannabis tolerance level is always higher than usual. Originally, most women probably thought it was due to other reasons or perhaps the strain they used wasn’t potent enough, which probably could’ve been the case had it happened to only one woman. But the fact that numerous women experienced the same increase in cannabis tolerance instigated a scientific study on the issue.

It was discovered that the increased cannabis tolerance wasn’t a coincidence, it occurred because during menstruation the levels of a specific endocannabinoid (anandamide) that functions majorly to increase happiness and reduce stress varies widely. The study was also able to point out that the level of tolerance shown to cannabis is directly proportional to the levels of estrogen in the body and estrogen levels in the body are at their lowest during menstruation. Had the reverse been the case and the levels of estrogen higher, instead of increasing cannabis tolerance, menstruation would’ve reduced it making a less potent strain much more potent. It really shouldn’t be a surprise that the endocannabinoid system (cannabis) and the female reproductive system have so much impact on each other; Both systems are arguably the most deeply integrated physiological systems in the body, so it’s very reasonable that they influence each other so much.

Increasing cannabis tolerance is an example of how menstruation influences the body’s reaction to cannabis and tackling menstrual cramps and pain is one of the many influences of cannabis on menstruation, read on to find out the other ways cannabis impacts menstruation.

Other effects of Mary Jane on menstruation

Elevates mood  – It’s impossible to blame women for having a dull mood during their period. The blood loss coupled with the cramps and pain is enough to dampen anyone’s mood, but thank God cannabis is here to the rescue. Mary Jane is an efficient way to elevate an otherwise dull mood during menstruation. This effect of cannabis is majorly down to its THC component and based on the reports of women who’ve turned to cannabis for help it makes menstruation much more fun and bearable.

Although it’s proven beyond all doubt that cannabis eases pain during menstruation, to get the best results each woman still has a role to play because what works for others may not work for you. So it’s important that women try out different cannabis products to know the best one to stick to. It’s also advisable that you keep a detailed journal of how you feel after each cannabis treatment. This won’t just help you plan a more effective treatment in the future it’ll also help you avoid excessive intake of cannabis, especially with the estrogen levels fluctuating. For example, in cases where adequate results aren’t seen, instead of taking more of the same strain, trying out a new strain or adding a little CBD to the mix might be the right way forward. Regardless of what you encounter in your bid to find the right strain and right dosage be rest assured the slight negative surprises greatly pale in comparison to the positives you stand to gain.

Finally, it should be noted that not all women get positive effects from taking cannabis while menstruating. some women actually report a deterioration of symptoms as a result of the cannabis. Women in this category are advised to refrain from THC while menstruating and focus mainly on CBD products.

MEDICAL MARIJUANA AND PMS, WE GOT IT, READ THESE… 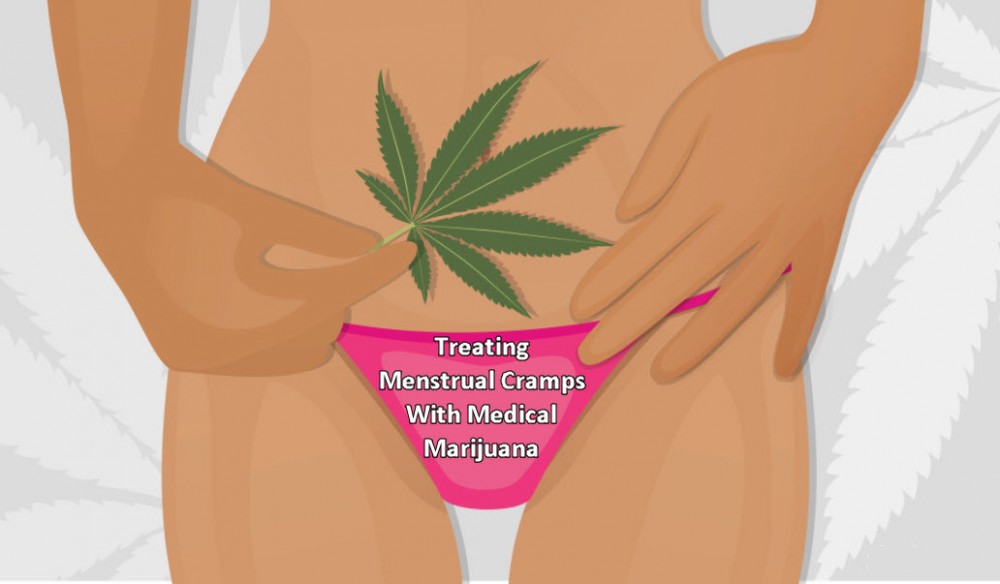 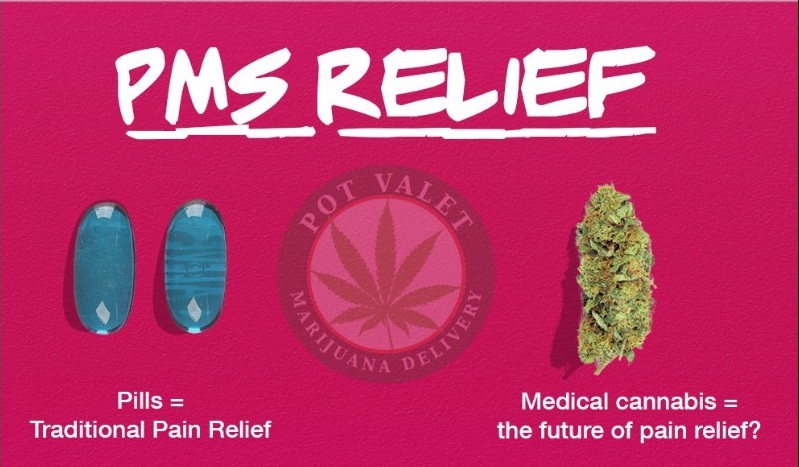 CANNABIS FOR PMS RELIEF, HERE IS HOW IT WORKS.