Home Marijuana News How To Come Out Of The “Cannabis Closet”

How To Come Out Of The “Cannabis Closet”

How to come out of the “Cannabis Closet”? 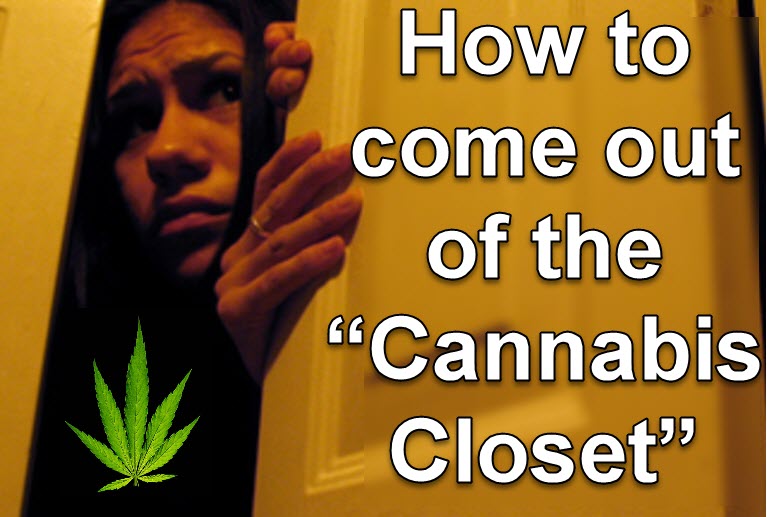 For the longest time, cannabis was considered taboo. In many households this still holds true. Now, me being a 33-year-old man, I could give two shits about who knows whether I smoke cannabis or not. However, there was a time when I was still young and living under my parents’ roof.

When you live in a household that frowns upon marijuana, then ‘coming out of the cannabis closet’ is a big deal. For starters, you don’t believe it’s bad…but those providing you with a roof and shelter does.

So how do you go about talking to your family about marijuana?

If you live in a situation where you simply have to hide your habits but are tired of doing so, there are a couple of things you could do to ‘prepare’ the mindscape of your parents or family members to embrace your personal choice.

In my case, my mother is a person who has the ability to reason quite well. Now before we get into it, I must let you know that she knew I ‘smoked weed’ in the past since I was caught with it so many times I can’t remember. However, I was a teen back then and while their approach on schooling me about teenage use wasn’t on par…their intentions were good.

Fast forward to my early twenties and after taking up cannabis again [after a 2-year abstinence] I didn’t feel comfortable hiding my consumption anymore. I thought to myself, “How can I let my mom know that I smoke weed?”

Before I even broached the conversation, I started preparing her months in advance. How you may ask?

Well, the first thing I did was to drop some truth bombs about the benefits of marijuana.

“Hey, did you hear how cannabis reduces inflammation? It’s pretty crazy…here read this..” I would then point her to an article talking about the issue.

In your case, try to identify which facts about cannabis would serve the greatest interest in the belief system of your authority figure. Perhaps your dad suffers from high cholesterol, then point out how cannabis or rather hemp seeds can help reduce cholesterol.

Find relatable issues and don’t press too hard. You must first prepare the ground before you sow the seed.

After a few months, and knowing that my mom was quite familiar with the different elements of cannabis, I started talking about a related issue – Alcohol vs Cannabis.

Contrast cannabis and alcohol with the aim of making cannabis the ‘healthier choice’. Here’s a few facts to help you get started;

I’ll just leave those four points as a point of patrician for your own research. I also recommend finding the sources. Most of the things I listed above can easily be tracked down to reputable sources.

Once you have established that “cannabis is better for your than alcohol” and you know that your parents are on board, you can move onto the next phase.

Coming out of the Cannabis Closet

You have worked on breaking down paradigms instilled over decades of programming through prohibitionist rhetoric. You must understand that your parents were educated to believe that marijuana is bad.

Depending on the level of their programming; to deprogram them will vary in time. Nonetheless, if you have reached this point, you have broken down their paradigm enough to accept your behavioral choice.

The way I went about it was as follows;

“Mom…I want to tell you something. I smoke weed. Now, I know you aren’t 100% on board with it, but let me make you a deal. If you can prove beyond a shadow of a doubt that what I’m doing is wrong I’ll quit.”

My mom agreed. I knew that her research would lead her to conclude that cannabis isn’t bad. And just like that, I was allowed to smoke weed.

Now, additionally, I wasn’t going to smoke right in front of her if she didn’t like it so I told her that. She didn’t mind, so I was allowed to spark up at home.

Eventually, she learned so much about weed that she is now writing a book about it. So there’s that. Also, over Christmas time, we’re all going to get baked in my house seeing that the only person who doesn’t smoke weed now…is my sister. [But she’s fine with it]

I know it’s difficult to ‘come out of the closet’ but to be honest, it’s much better to have it all out in the open so that you don’t have to feel like a criminal in your own house.

It takes some guts to come clear, but in the end…if you do the preparation, your folks will be okay with you smoking.

If you’re under 18…I know you’ll smoke irrespective of what I say…but this is really dedicated to people who are of legal age to smoke. Even if it’s legal to smoke in your state, it’s illegal for a minor to smoke and thus if you force this situation on your family, you’re forcing them to break the law. So don’t be a douche, wait till your old enough then use this article as a guide. 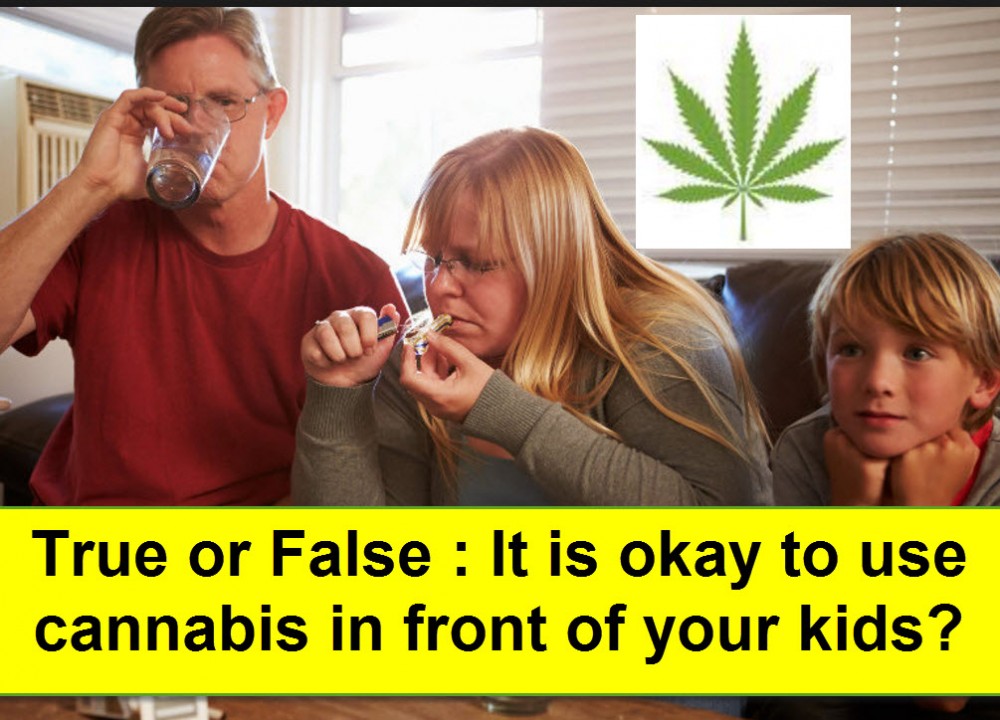 SHOULD YOU USE CANNABIS INFRONT OF YOUR KIDS, CLICK HERE. 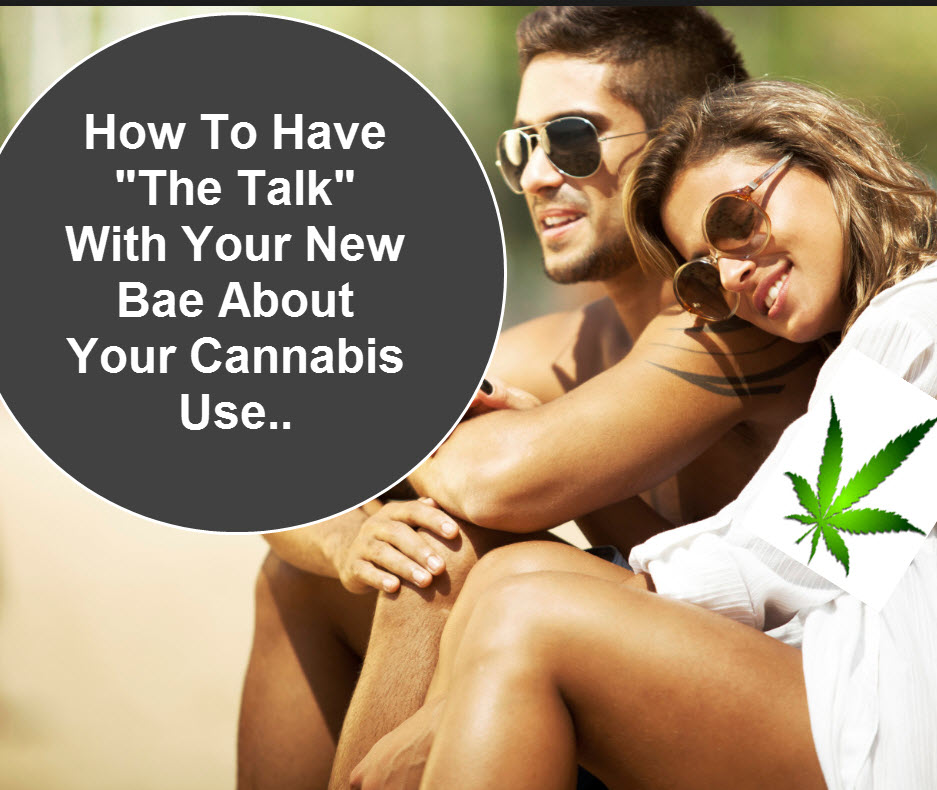