Home Marijuana News If You Legalize Marijuana, You are Going to Kill Your Kids Says Governor Pete Ricketts

If You Legalize Marijuana, You are Going to Kill Your Kids Says Governor Pete Ricketts 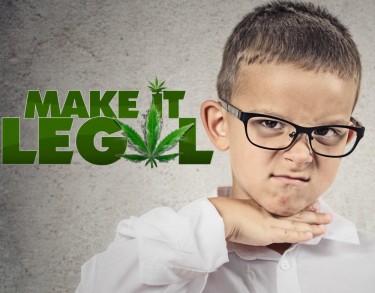 Last year we didn’t hear the end of the concept of “fake news”. Of course, those were “Trumpier-times” and the media needed to create a narrative of distrust within itself in order to disqualify the opposition’s points of view.

Fake News also became an issue for tech companies, as they didn’t want to “perpetuate the spreading of misinformation”. Yet, this isn’t entirely true since they also went out of their way to censor cannabis brands over the years, stifling the narrative and bending it closer to their reality.

While benefits about cannabis are being suppressed for “violating the terms of agreement”, resulting in deleted posts or pages – the spreading of misinformation is being seen as news and promoted by these same tech companies.

For those who are reading this and claim that I am pulling this out of my ass – I will simply point you to the reason I wrote this article;

One would think that by now the idea of marijuana killing you would have been considered as outright false – except when a politician says so of course. Ricketts, who is the governor of Nebraska held a press conference where he reiterated his position.

“This is a dangerous drug that will impact our kids…if you legalize marijuana, you’re gonna kill your kids…”

This was one of the statements dropped during that press conference. It’s quite interesting however if you analyze the subtext of the position.

1 – Cannabis is a dangerous drug

Notice that he doesn’t say “consume” cannabis – all you have to do is legalize cannabis and suddenly parents will turn into murderous machines aimed at snuffing out the lives of their offspring, overriding their biological imperative to preserve the gene-pool.

Unless, he’s insinuating that “smoking cannabis” will make you go insane and then you’ll kill your kids – of which there is no evidence in states like Colorado or Washington where legal cannabis has been available since before 2012.

He may be suggesting that if you legalize cannabis, the marketplace will be so unregulated that kids will have access to it – which would end up ruining their lives and ultimately – you’d kill your kids over-time…even if it takes 100-years to kill them because their endocannabinoid systems are in tip-top status due to a regular cannabinoid supply.

In fact, it’s this latter statement that Ricketts was focusing on.

“Big Pot big marijuana is a big industry. This is a big industry that is trying not to be regulated, to go around the regulatory process. And that’s going to put people at risk: when you go around regulations that are designed for the health and safety of our society…”

The problem with this assessment is that it contradicts itself. “If you legalize cannabis” inherently means that you are regulating cannabis. So how would an industry, trying to get regulated – use regulation to not be regulated?

You know what isn’t regulated? The black market…they don’t have any accountability and unlike legal registered businesses – you can’t enforce any social norms on the sales and distribution networks.

It’s time that we address this massive issue spreading misinformation. Last year many people were deep platformed for spreading what was deemed “fake news” due to the potential risk associated with people making decisions based on misinformation.

Nebraska’s governor perpetuated misinformation under the guise of protecting children. He went against the science by claiming that consuming too much marijuana will kill you, and that the industry wishes to be unregulated.

His stance on cannabis and the spreading of misinformation, is inhibiting patients from gaining access to a lifesaving medicine. Yet we do not see the same response from tech companies and removing this type of content.

Twitter was very eager to label Donald trump’s tweets as fake news, yet remain eerily silent when it comes to these outlandish statements about cannabis. We didn’t want them to be the regulators of what is true and what is not true yet they said the precedent.

thus, it is now their responsibility to ensure that all information capitulated on their platforms or 100% factual and in the case of governor Pete Ricketts, he was spreading completeness information about lifesaving medicine.

Society is already removing these politicians 1 by 1 and even GOP politicians are falling in line with cannabis legalization. For the next governor election cycle, I hope Nebraskans have the opportunity to remove this clown from office. In fact, let him serve as an example of any politician that wishes to follow suit.

One thing is certain though, people like Pete Ricketts are becoming far scarce are in a world where cannabis is quickly gaining popularity and literally overgrowing the government.

NO, MARIJUANA DID NOT KILL YOUR SON, READ MORE…

THINGS PEOPLE DIE FROM OTHER THAN WEED, THE LIST IS STRANGE!