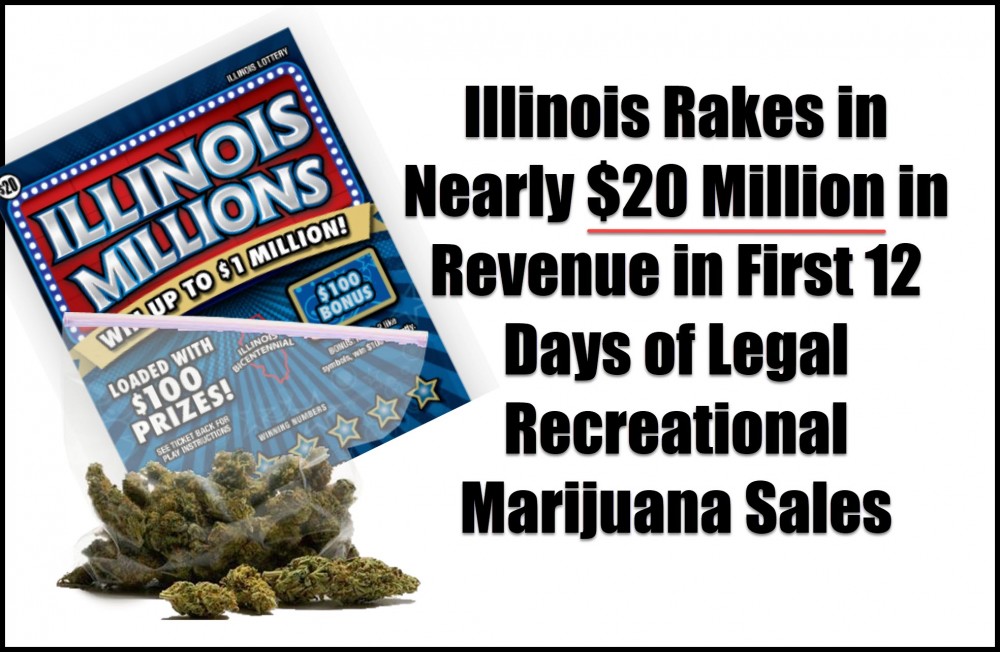 Illinois has officially joined the cannabis revolution with its first two weeks of legal recreational marijuana sales totaling $ 19,709,345.10. The advance comes after years of hard work by pro-legalization advocates. Supporters of the move hope the problems solved by the economic boost will stimulate further growth.

What makes recreational cannabis such a draw, and will other states follow Illinois’ lead? What types of legal issues could arise for the general public — let alone employers and law enforcement? Finally, how can this additional money benefit the well-being of the state’s citizens? 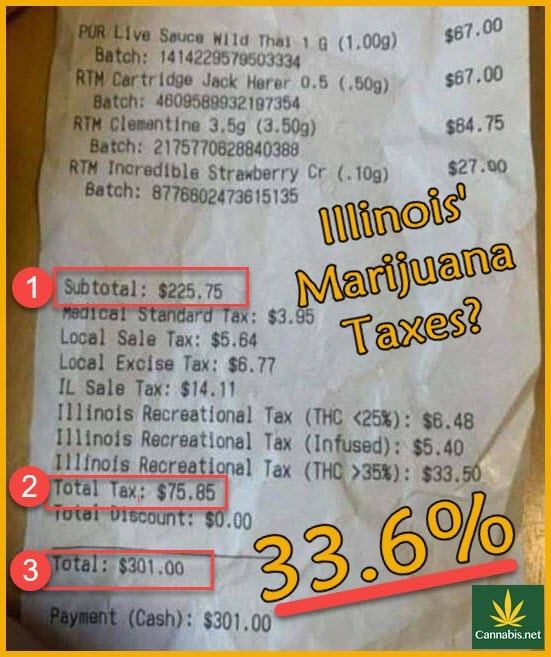 On January 1, 2020, long lines formed around the 37 legal dispensaries licensed by the State of Illinois. Customers were eager for their opportunity to purchase specific strains and other delights. They waited with cash in hand — a lot of it. The state recorded 77,000 legal sales on the first day. This opening day haul speaks well for tax revenue potential. The tax rate depends on the amount of THC in the flower or concentrate, and these revenues will help fund multiple efforts, including drug rehabilitation.

Illinois isn’t the first state to legalize recreational cannabis. To date, 11 states allow the recreational use of the substance, while many others permit it for medical reasons only. Although marijuana remains classified as a Schedule 1 substance under federal law, officials typically do not pursue enforcement against legally operating businesses.

As of the beginning of 2020, Illinois residents can legally possess up to 30 grams — or approximately an ounce — of the flower. The legal limit for concentrate is 5 grams. Customers may smoke in their homes or specific licensed cannabis businesses, although the substance’s use remains illegal in any public place like parks and streets.

One problem for cannabis users is, how does legal use impact their careers? While the new law in the state continues to prohibit cannabis use on the job, the lack of adequate testing for impairment remains an issue. The law states an employer must have probable cause, a good faith belief the employee is under the influence to take corrective action.

However, what constitutes cause? Anyone who has ever watched a TV crime drama knows that even law enforcement officials disagree on what is and isn’t probable cause. How are lay employers to navigate this frustrating legal web?

Just as importantly, what recourse do employees have if their employer accuses them of being under the influence when they feel they are not? If the staff member has never used cannabis, they can prove this through various tests. However, what about those who use the substance legally? Should the person who signs their paychecks have the right to fire them for using marijuana in their free time? What, then, about recreational alcohol and nicotine — even caffeine — use? Should employers likewise have the right to prohibit these common practices?

Another problem law enforcement must grapple with is the question of what constitutes a DUI. Unlike other drugs that have a relatively short metabolic life, cannabis metabolites stay in your system for up to 30 days, depending on the amount and frequency of use. So, while both amphetamines and barbiturates exit the urine within days, tests can detect cannabis much longer.

Having the metabolites in your system doesn’t mean you’re high, however. It doesn’t serve the interest of public safety to arrest someone for driving under the influence if they’re not impaired. While the state has appointed a task force to identify markers for impairment in field sobriety tests, the question of what constitutes driving when high remains up in the air.

The waters grow even murkier when it comes to medical cannabis patients. You can get a DUI for driving under the influence of prescription drugs like Valium or Oxycodone — but removing the metabolites from your system takes a much shorter time. If the individual with the script waits two to three days to after their last dose before heading to the pharmacy, they probably won’t fail a urinalysis or blood test.

However, if a patient uses cannabis daily to treat chronic pain, they can hardly wait 30 days before driving to the dispensary for a refill. Patients who don’t have access to public transportation, therefore, have no choice but to risk arrest to get the medication they need. Hopefully, science will soon provide answers on how to measure impairment accurately. Unfortunately, because cannabis remains a Schedule 1 substance under federal law, researchers still struggle to find grant funding sources for research.

These questions haven’t slowed down the demand for legal marijuana, however. Given the impressive opening-day figures, it seems many Illinois citizens decided the potential consequences of cannabis use are worth the risk. Even many in law enforcement applaud legalization efforts so that they can focus on other crimes. Recreational cannabis, it seems, is here to stay.

Taking Advantage of a Changing Tide

Cannabis does offer promise in treating a variety of ailments. Plus, the money generated by recreational revenue provides the means to pay for a host of social programs, including drug rehabilitation efforts. Perhaps after Illinois’ success, more states will join the cannabis revolution. 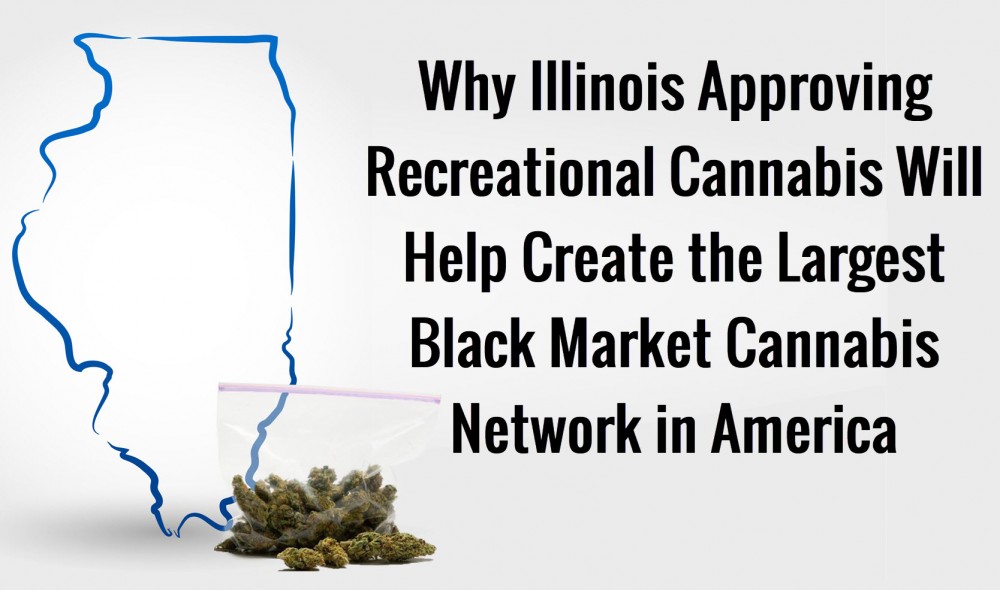 ILLINOIS WILL CREATE THE LARGEST WEED BLACK MARKET EVER. 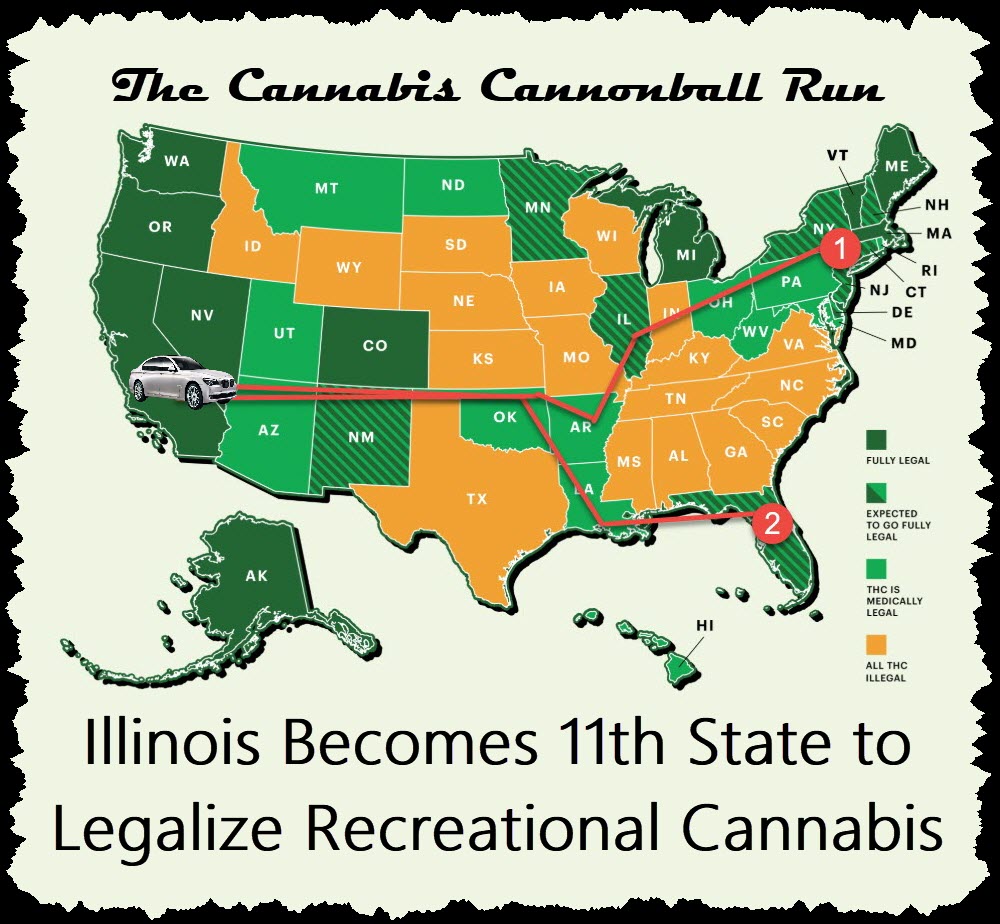