Home Marijuana News Jeff Sessions Is Out – What Does This Mean For The Marijuana Industry?

Jeff Sessions Is Out – What Does This Mean For The Marijuana Industry?

Jeff Sessions Is Out: What Does This Mean For The Marijuana Industry? 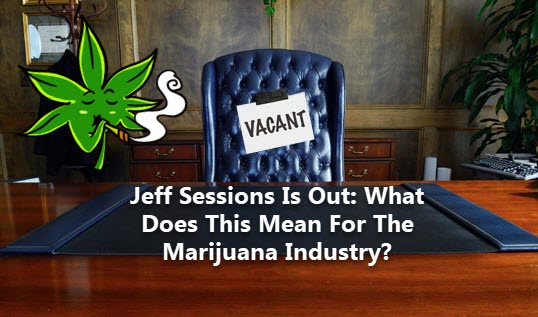 Last week was high time for the cannabis industry. With lots of good news to celebrate about, it can easily be said that the highlight of it all was Trump asking Attorney General Jeff Sessions to resign.

Even though Sessions’ forced resignation has nothing to do with his nefarious approach towards cannabis policies, the news has already resulted in terrific positive changes for the cannabis industry – evident in the surge of cannabis stock prices. After all, it seems like Sessions has made it his life-long mission to ensure that the public is kept as far away from cannabis as possible; a drug that he feels is extremely dangerous. He pioneered the repeal of the Cole Memo, but his actions come from archaic (albeit stupid) personal beliefs and he has continuously rejected the science behind the benefits of cannabis. After the 2018 midterms last Tuesday, there are now 33 states around the country that have legalized cannabis for medical use, and 10 states plus Washington DC that legalized recreational use.

According to Morgan Fox, a rep of the National Cannabis Industry Association, the resignation of Sessions was “welcome news” for them. “Hopefully, it marks the end of reefer madness at the DOJ (Department of Justice),” Fox says. “Given that there wasn’t any crackdown following the rescission of the Cole Memo, it might just be business as usual.”

Sessions has always been against furthering cannabis legalization. Instead, he supported the war on drugs, a stance he has been vocal about even before he assumed the position of attorney general.

But will his successor be our ally or not?

Until the Senate nominates and confirms a new Attorney General, Matthew Whitaker will be assuming the role for now. Whitaker, who served as the chief of staff for Sessions, leaves much of us unsure although it can be said that anyone else would be better than having Sessions in office. Trump may appoint him as Attorney General permanently; or he may not.

As of now, there’s little we can speculate about the stance that Whitaker will be taking on cannabis. During a 2014 primary debate in Iowa for the Republican US Senate, Whitaker was supportive of a law that would legalize cannabidiol (CBD) for patients although he also raised concerns about the divide between state legislation and the federal law according to the Obama administration. When asked about Iowa’s passage of the CBD-only MMJ law, he responded with: “First of all, I know a couple of families that are going to be positively impacted by what has happened in the state senate today,” Whitaker responded. “And I applaud them for helping those families who need that help.”

Some experts consider Whitaker to be an opponent of cannabis legalization. At the end of the day, he’s still one of Trump’s closest allies, and he will have the power to shake up the cannabis industry.

But until we know who will fill in Sessions’ shoes for sure, we have to be prepared for the worst. If Trump ends up nominating another prohibitionist like Sessions, this may cause more uncertainty on cannabis businesses, including those in state-legal jurisdiction, which could hamper investor interest. On the other hand, since Trump doesn’t consider cannabis issues a priority anyway, someone pro-legalization sitting on the Attorney General post could help further cannabis policies.

Last week, Anthony Scaramucci suggested the possibility that Trump may be legalizing cannabis after the midterms. Scaramucci, ex-White House Director of Communications, is actually a persona non-grata so people should be taking what he says with a grain of salt for now. Since nothing can actually be fully understood about the path that legal cannabis will be taking until early 2019, now would be a good time for businesses to focus on growth and fostering investor relations. It also won’t be until January 2019 when, with almost 70% of Democrats claiming a majority seat in the US House of Representatives, we’ll feel the impact of the midterms. These figures are much higher than the nearly 50% of Republicans who are for cannabis legalization, but we have reason to be optimistic considering that a Democrat-ruled House will be more likely to pass cannabis reforms than a GOP-controlled House. 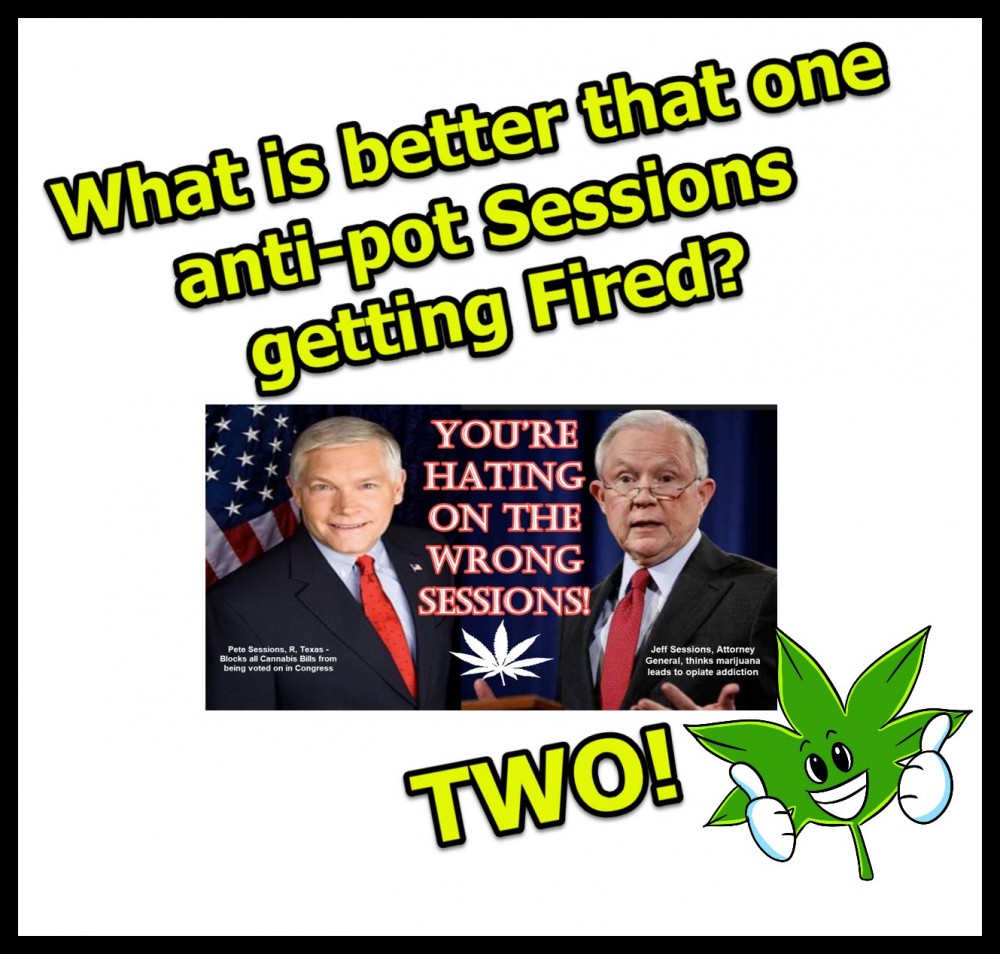 JEFF SESSIONS AND PETE SESSIONS ARE OUT, CLICK HERE.