Home Marijuana News Look at the the Python on That Guy – Could This New Invention Rock the Cannabis World?

Look at the the Python on That Guy – Could This New Invention Rock the Cannabis World? 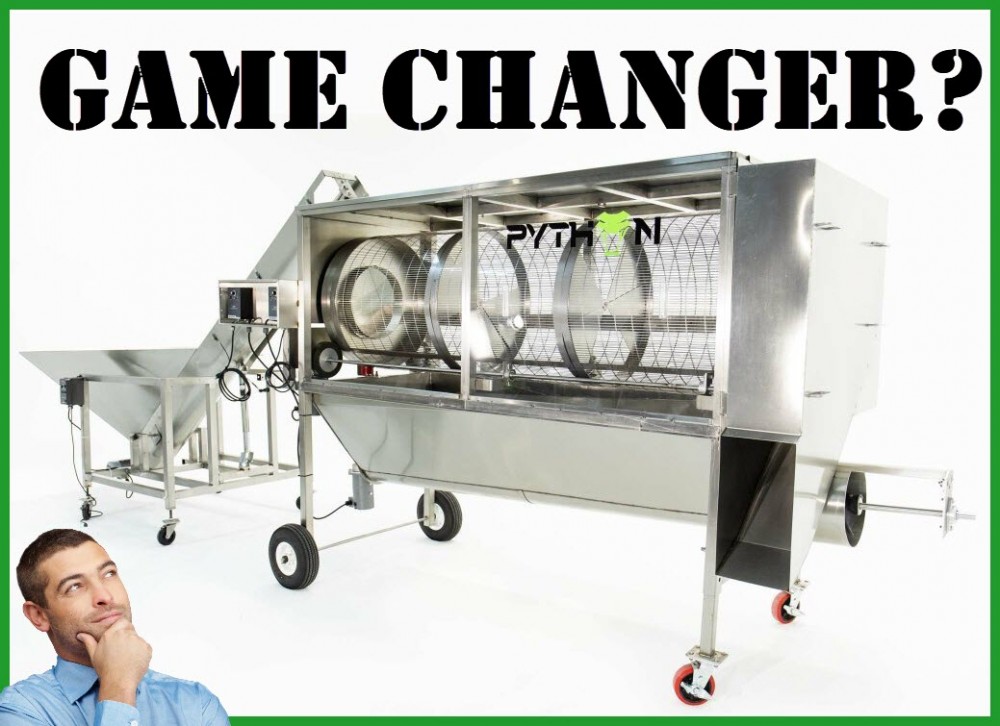 Most people who consume cannabis give little to no consideration to what went in to producing their particular strain of “sticky-icky”. However, if you have ever ventured into the realm of “growing your own cannabis at home”, you may be more attuned to the sheer amount of work and dedication required to keep cannabis readily available in a store near you.

One particular thing that the cannabis industry is desperately trying to do is evolve past the late 1800s in terms of agricultural practices and enter into the modern era. There have already been several attempts automate some of the processes, but things like Trimming for example is more complicated and delicate.

This is why the majority of the cannabis industry continues to use human labor when it comes to trimming. Typical robotic trimmers do not discriminate and cut without handling the bud with care. This means that in most cases, the bud you smoke have been personally trimmed by someone prior to making its way to you.

Some facilities do implement “bladed machines” – particularly within the hemp industry. However this can damage the integrity of the flower which results in a loss of cannabinoids, terpenoids & flavonoids among other benefits.

This means that having a more efficient way of trimming at mass is a good move. According to Tom’s Tumblers, a weed trimmer that uses “rolling dynamics” over bladed trimming, says that they can process up to 12,000 lbs per day, while maintaining “structural-flower integrity”.

The inventor of the PYTHON – Tom Bruggerman, claims that the beast of a machine that measures 16-feet in length, and with its continual feed flash freezing technology, allows the machine to process both Hemp and Cannabis and provides different ways of trimming buds and collecting kief.

The Python is the upgrade from his smaller volume tumblers and is designated for industrial purposes.

Here’s a snippet from a recent High Times Article on the Python.

The PYTHON employs a patented mechanism that controls the flow rate or how long the flowers stay in each of the three sections of the oversized tumbling cylinder. This gives the flowers a chance to trim in each section before they move through.  Tom started selling the original PYTHON 600 model in the 2019 harvest season with great success.  The PYTHON 600 trims 600 pounds per hour. – High Times

With two new models released in 2020 – the Python-400 and the Python-1200 cater to different markets. The 400-model is catered to serve the cannabis industry who are large scale THC growers – whereas the 1200-model is geared towards large scale Hemp manufacturers.  The 1200-model is alleged to be able to trim up to 12,000 lbs per day while still maintaining trichomes and crystals on the buds.

What does this mean for the consumer?

When processes become simplified or automated at reasonable and consistent rates/results – then the price of production goes down. It’s the reason why you’re not paying tens of thousands of dollars for computers or cars or anything like that.

A large portion of the production are automated by machines. IF you can manage to maintain the trimming quality of a human [or surpass it] and replace it with an automated system – you remove the need of hiring people for the job. Or at the very minimal, you require people to run the machines.

Nonetheless – a smaller workforce means reduced costs and if the Python can truly process up to 12,000 lbs per day – that means it can do the job of thousands of trimmers considering that some of the pro trimmers can do between 4-5 lbs per day.

What would shaving off a half a million dollars of costs per machine [per day] do to the cost of production? With a significant reduction in cost – the end user spends less for the final product.

While right now some companies are dubious of switching over to automated processes – it’s only a matter of time until someone makes a device that exceeds human trimmers and when that happens – weed will become steadily cheaper and the quality of cannabinoids will increase.

Machines can work in environments that are 100% sterilized. They can work without rest and require minimal maintenance and oversight.

With the dawn of AI-driven machinery, we can expect the cannabis industry to also enter into an age of enlightenment and industrial scale production akin to every other industry.

THE FUTURE OF TRIMMING READ MORE… 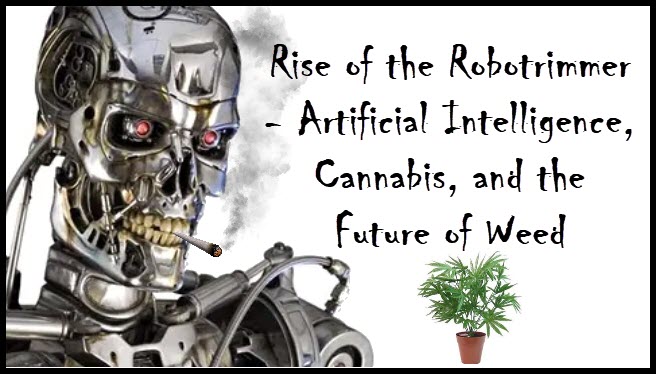 RISE OF THE ROBOTRIMMERS IN MARIJUANA, THE MACHINES ARE HERE! 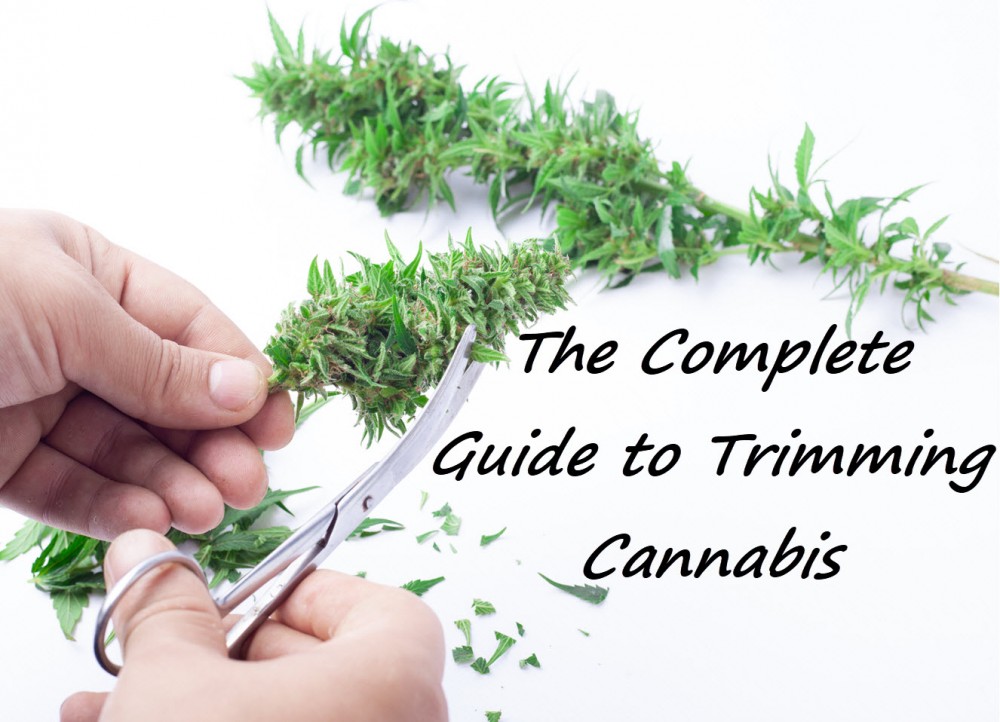 THE COMPLETE GUIDE TO TRIMMING YOUR CANNABIS BUDS!