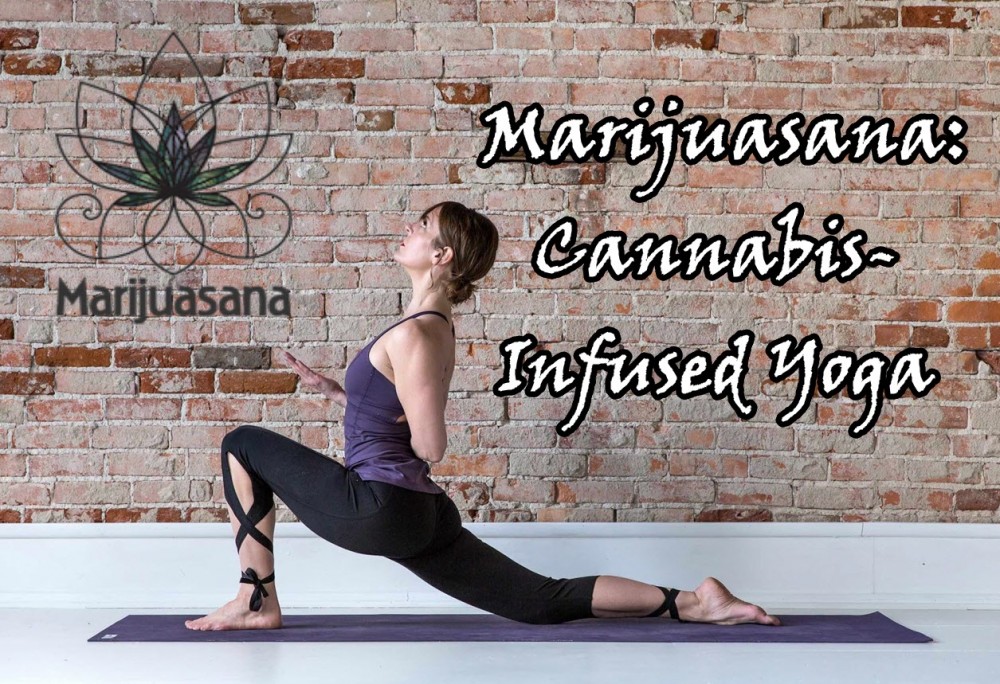 Toking out on your favorite flower and then, instead of becoming one with your living room couch, stretching into a Sun Salute, vibing with a Vinyasa sequence, or powering into a Plank pose?

Marijuasana — Stacey’s creative approach to wellness that incorporates plant medicine and mindful movement as essential components of an integrated, healthy lifestyle – has taken its place among the very best combinations that modern life has to offer.  And it’s catching fire (pun intended) around the country, as the legal landscape evolves and more people awaken to the healing powers of marijuana and its derivative cannabinoids, right alongside the many permutations of yoga that are sprouting like weird flowers (goat yoga, anyone?) almost everywhere you look.

But the blending of yoga and cannabis is far from weird.  It is, in fact, a fusion that has ancient roots in Indian spiritual traditions, and is as natural a combination as a wellness enthusiast could hope to find.

Yoga, Cannabis, and Connecting with the Self

Stacey is a yoga and Pilates instructor with a background in IT, social media and the cannabis industry.   A former Mormon, she started on the yoga path after rebelling against the confining doctrines of the church and coming to understand that she didn’t want anyone to dictate her own spiritual experience.  At the same time, she was experiencing a lot of physical pain and tension due to a sedentary lifestyle as an IT consultant in addition to deep unhappiness with her personal life. Both of these throughlines came together in a sudden epiphany: she needed to attend to her physical, mental, and spiritual wellness, and in order to do that, she needed to take care of her body.  “Screw this victim consciousness,” she remembers thinking. “I have to start moving.” She committed to starting a yoga practice and never looked back.

The next piece fell into place at the Cannabis Cup, where Stacey had just broken a two-year cannabis fast.  “I took a really high dose of CBD and smoked THC [and did some yoga]. It was just this amazing perception where everything lined up with the way I was able to move and being able to perfectly control my movement through my thought process.  It was profoundly spiritual. It was like, there’s nothing outside of myself right now. It’s just me inhabiting my own body. My bones, my muscles, and my mind just perfectly united.” It was a profound alignment of mind and body, and realizing that she wanted to facilitate this experience for others was what ultimately set her on the path to teaching cannabis-infused yoga.

Why Yoga and Cannabis?

“There is overwhelming science that combining the two is beneficial,” says Stacey.  “A lot of the effects that we’re trying to achieve through exercise are the same effects we’re going for when we supplement with CBD.”   She cites a finding from medical journalist and researcher Uwe Blesching in The Cannabis Health Index (2015) that our endocannabinoid system may, in fact, be the physiological basis for the mind-body connection, contrary to the received wisdom about endorphins being responsible for such phenomena as the “runner’s high.”  Cannabis can offer more immediate access to the mind-body interface that is one of the primary goals of such movement disciplines as yoga, and as such is a highly effective complement and companion to yoga practice. “It’s a dual dose of mindfulness and awareness,” Stacey asserts.

As far as the subjective experience goes, Stacey refers to  “flow state” – entering a completely encompassing activity where time starts to slip away, a sense of self starts to dissolve and you’re just completely immersed in the experience.

Your Brain on Cannabis-Infused Yoga

The cerebellum is the section of the brain that processes unconscious emotion into awareness, and it also regulates our proprioception (the body’s placement and orientation in space). The cerebellum uses the data gathered from the senses to interpret and synchronize our perception of the external world with our internal, felt one.

The cerebellum is also where the body’s CB1 receptors are most highly expressed. In the context of a cannabis-infused yoga practice, the endogenous cannabinoid and neurotransmitter anandamide (known as the “bliss molecule”), along with its well-known phytocannabinoid counterpart THC, binds to the CB1 receptors.   It turns out that the two are even more potent when combined. “We’re already producing endogenous cannabinoids and activating our endocannabinoid system when we exercise,” Stacey points out. Adding cannabis enhances and deepens the experience.

The emotional states that are produced in this process are exactly what we are attempting to engage with and refine when we practice yoga and meditation.

Which is another way of saying that the combo feels pretty damn good.

Having experienced it for myself and noticed the quiet it brought to my mind, the fullness of my breath, and the present moment awareness that is the hallmark of any meditative practice, I could only agree.  It felt as though this was the way yoga was meant to be experienced.

Marijuasana classes bring people together from different walks of life.  “I see every age group come to my class, every skin color, every gender, every category you could name.  It is breaking the yoga stereotype, it’s pulling in every type of person you can imagine,” Stacey tells me.  The atmosphere is more social and approachable than in a regular yoga class, and that is intentional: she wants people to connect with one another.  She feels that Marijuasana gives cannabis users an opportunity to come out of the shadows and find community in a safe space that also promotes wellness.

In addition to the well-known stress relief effects of both yoga and cannabis, Stacey believes that the two done in conjunction offer the very important benefit of helping us cope with the highly charged nature of our current political environment.

“It has affected the nervous system of every American whether you’re pro or anti,” she says.  “There’s so much constant stress and anger. Our fight or flight system has been on overdrive.  We’re in this constant state of hypervigilance. This offers an alternative, a way to get in touch with your breath and get in touch with yourself, get away from the noise and give your nervous system a break.  I’d like to hope that what I’m doing with Marijuasana contributes to some sort of relief.”

For information on popup classes in the Las Vegas area and around the country, as well as the Marijuasana online teacher training program, visit Marijuasana.com.

CANNABIS AND YOGA, YOU GOING TO TRY IT, READ THESE… 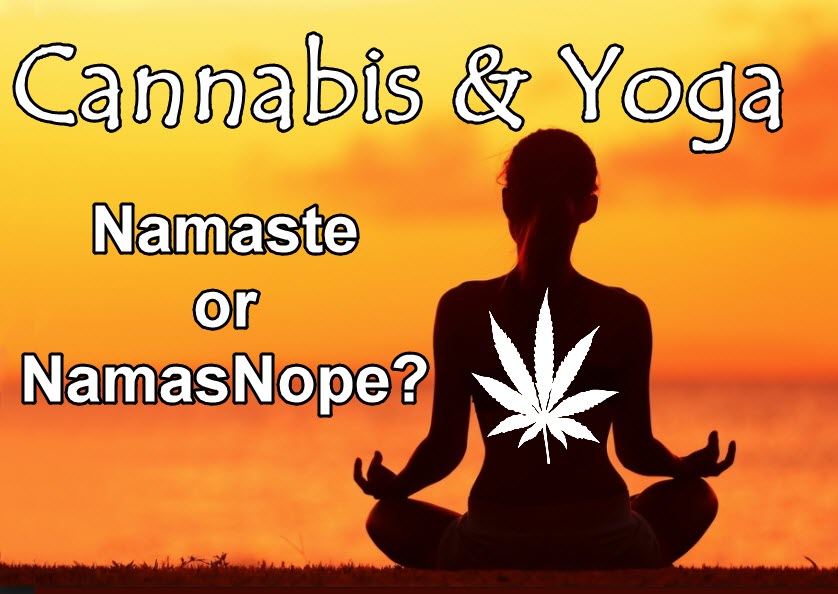 CANNABIS AND YOGA, NAMASTE OR NAMASNOPE?

HOW YOGA AND WEED HELP YOU TALK TO GOD, READ THIS. 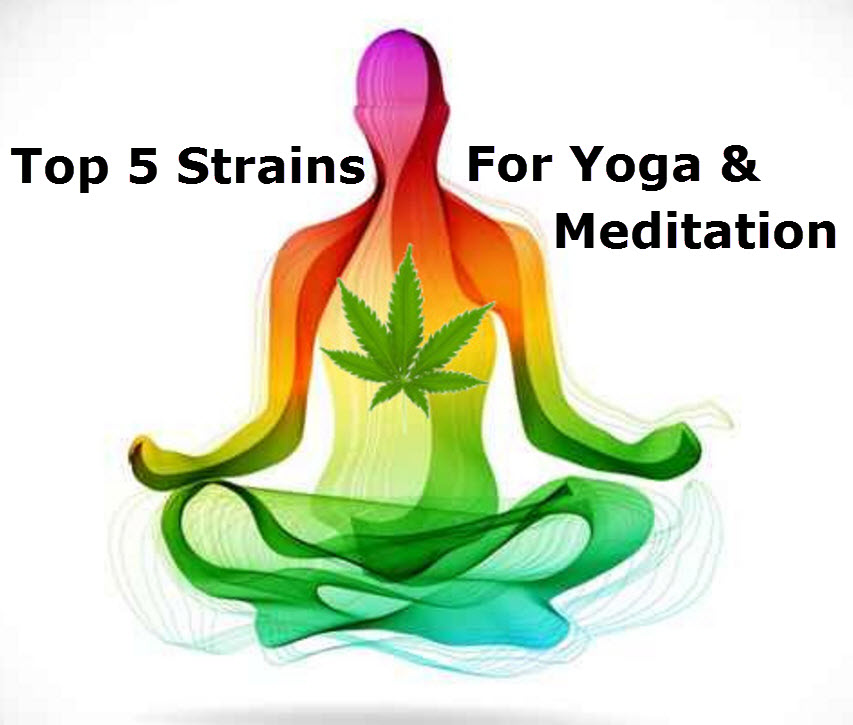