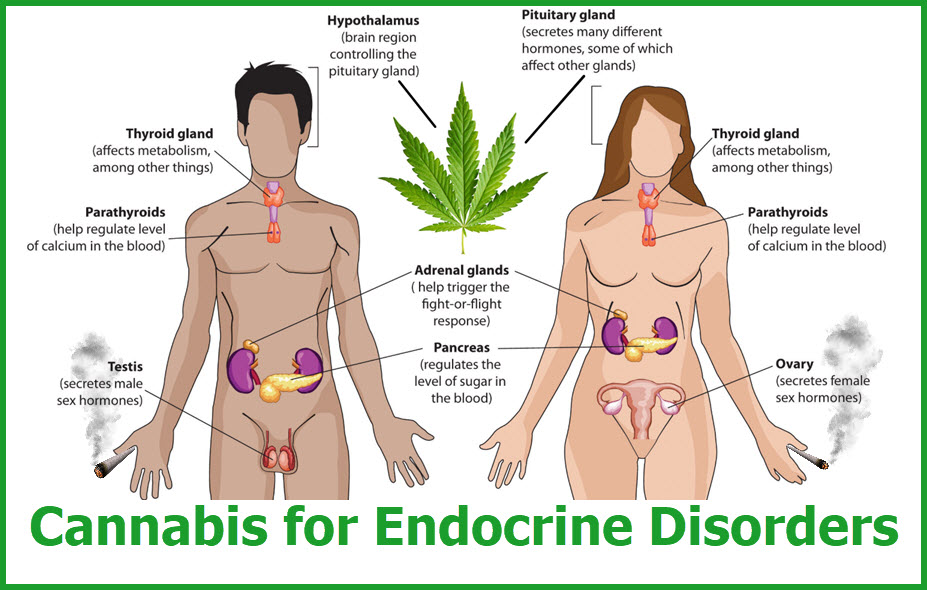 Cannabis use across the world has been growing rapidly over the last decade for its medical potential. Thanks to its valuable medicinal properties, cannabis is being used to improve the quality of life for many people with debilitating conditions, including those with endocrine disorders.

Recent studies suggest that cannabinoids such as tetrahydrocannabinol (THC) and cannabidiol (CBD) can help counteract many of the common symptoms of endocrine disorders. Here we will look at what endocrine disorders are and how cannabis could be a natural and effective treatment option.

The endocrine system includes all of the glands in your body that produce hormones. These glands include the pituitary gland, hypothalamus, thyroid, parathyroid, pineal gland, adrenals, ovaries, testes and pancreas.

Hormones are chemical messages or signals that are sent out or secreted throughout the bloodstream. Hormones play a significant role in regulating the body and its functions, including breathing, eating, growing, organ function, metabolism, sexual function and mood.

A healthy endocrine system can determine when particular hormones are needed to keep your body’s hormone levels balanced.

What are Endocrine Disorders?

Hormone imbalances occur when one or more glands in your endocrine system does not do its job correctly. Many different things can go wrong with the endocrine system as it made up from an intricate network of glands, all producing different hormones and communicating with each other.

When your endocrine system is not working correctly, you have an endocrine disorder. Disorders generally are either imbalances due to too much or too little of an endocrine hormone being produced, or they can be tumors in the endocrine system – tumors are typically non-cancerous but can influence hormone regulation.

Diabetes is the most common endocrine disorder, a condition that arises when the pancreas does not produce sufficient levels of the hormone insulin. Thyroid disorders are also common, when your thyroid produces too much hormone, this is known as hyperthyroidism. When your thyroid is under-active, a more common problem, this is known as hypothyroidism. Other endocrine disorders include polycystic ovary syndrome (PCOS), hypogonadism, adrenal insufficiency, Cushing’s disease, Addison’s disease, gigantism, hypopituitarism, multiple endocrine neoplasia I and II and precocious puberty, among many more.

Symptoms effecting people’s mental state such as depression, anxiety, insomnia, irritability and mood swings are also common symptoms. You might experience changes in sexual function if the endocrine disorder affects a sex hormone, this could include infertility, irregular menstruation, issues with libido and erectile dysfunction and more.

Cannabis for the Treatment of Endocrine Disorders

Depending on the type of endocrine disorder, severity of the condition, or if there is too little or too much of certain hormones, conventional treatment for endocrine disorders usually includes pharmaceutical medication and/or surgery. Surgery may be too drastic for some patients, and these two forms of treatment are not always successful in correcting the root cause of the condition.

However, cannabis can help.

Endocrine disorders that are caused by tumors inhibit a gland’s ability to function correctly. Research has found that endocannabinoids, are capable of inhibiting cell growth, invasion, and metastasis of breast, thyroid and prostate tumors. This indicates that marijuana is likely to have an anti-tumor effect.

The well-known positive effects that are commonly experienced among cannabis users such as its ability to energize, relax, improve mood and induce sleep would also help people who have endocrine disorders by combating common symptoms including fatigue, pain, depression, anxiety, insomnia, irritability and mood swings.

If you have an an endocrine disorder, medical marijuana could be a natural and effective treatment option to help relieve your symptoms, and if you have a tumor, then cannabis might be able to shrink it.

CANNABIS AND ENDOCRINE FUNCTION, READ THESE.. 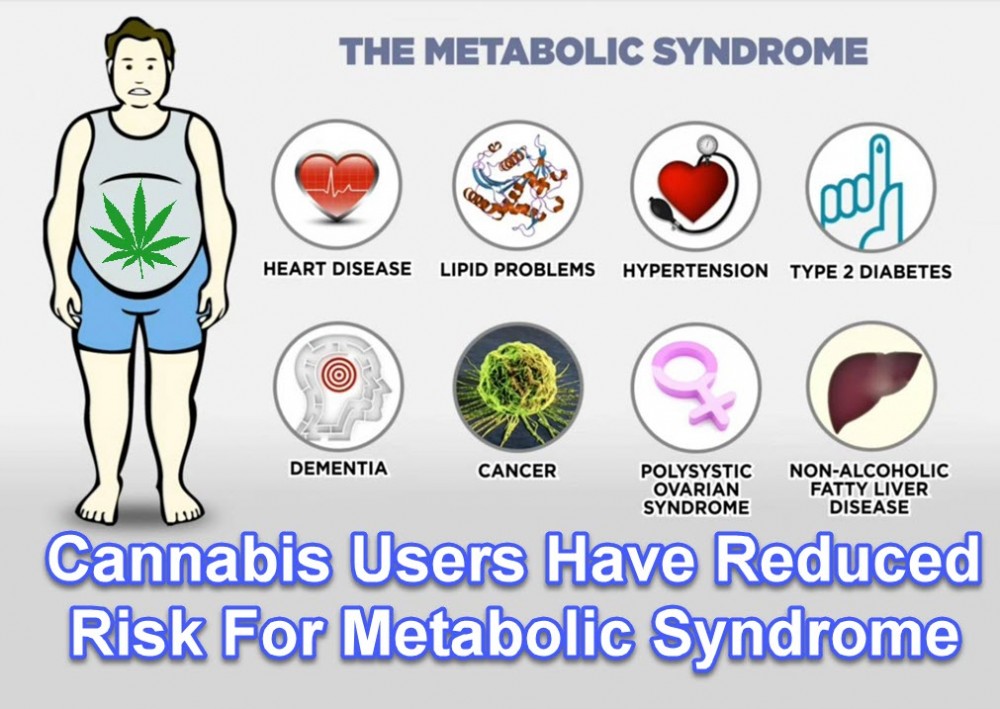