Mexico Moves Forward with Marijuana Regulation – Where Does It Stand Right Now? 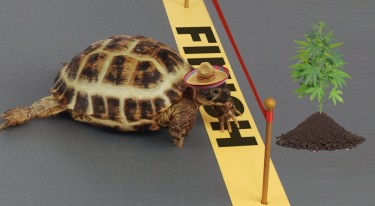 As I predicted in early articles – Mexico is moving forward with their legalization efforts. Of course, my predictions had nothing to do with them moving forward with their cannabis initiatives – in fact, what I’m reporting about today relates to Medical Cannabis in Mexico – which after years of deliberations was finally published by Mexico’s Health Ministry last Tuesday.

The bill in question was from a 2017 mandate by then President Enrique Peña Nieto – that moved Mexican Medical Cannabis forward. These rules were finally made public after years of deliberation.

This legislation is not directed to the individual, but rather addresses the concern for pharmaceutical companies to be able to research the plant for derivatives in Mexico. This will also include the ability to grow cannabis.

According to lawmakers, the legislation will include provisions to maintain the highest degree of quality control – especially since this will be primarily directed to creating cannabis-based pharmaceutical products.

Mexicans who would like to apply for cannabis cultivation licenses – specifically geared for medical cannabis cultivation for research – will need to register with the National Service for Agrifood Health and Qualoty (SENASA). This will eventually lead up to making the national registrar for cultivators.

Of course – this might not include those who will be cultivating for personal consumption as future legislation hints that home-cultivators would not need to register.

The new provisions include rules for doctors who would like to practice cannabis medicine. This includes the need to register at the Federal Commission for the Protection against Sanitary Risks (COFEPRIS).

Cannabis medicines will be distributed through the various pharmacies in Mexico and some products can already be seen within the marketplace.

As for patients – both nationals and foreigners will be permitted to travel in the country with their products which could spark a major boon for Medical Cannabis Tourism. Countries that lack cannabis laws – including many places in the U.S – will now have more incentive to go to Mexico for cheaper medical treatment.

In the US and Canada – there is a significant portion of patients that travel to Mexico for more affordable healthcare. This is known as “Medical Tourism”. With the inclusion of cannabis products and potential cannabis treatment – this could increase the number of patients willing to travel to another country to obtain medical cannabis without the stigma they may face at home.

Additionally – considering that Mexico has some of the finest medical facilities in the world and a strong national pharmaceutical industry – we could expect some novel new medicines come from the country.

What about Recreational Cannabis

Mexico aims to have all the regulation for hemp and adult-use cannabis before the Summer break. Currently the Chamber of Deputies are discussing the finer details to the implementation of recreational cannabis.

Once this passes – Mexico would be the largest cannabis market in the world due to population. It is especially promising considering that the legal age limit in Mexico will be similar to that of alcohol which is 18-years old.

In fact, depending on how the attitudes up north change – Mexico is quick to follow suit. As for recreational cannabis, we’ll have to wait till about the end of April for the final plans to be laid bare to the public.

There will be importation of products permitted, however these are subject to change over the coming months as the final “kinks” are being ironed out.

We have already seen many different companies enter into the market such as Hemp Meds and other early bird participants. However, this is only the beginning of the great green rush.

Currently however, there will be no exporting of crops permitted. It seems that this particular legislation is aimed solely at giving the pharmaceutical community greater access to high quality cannabis. This will undoubtedly allow for unhindered research which could lead to the development of new medicines.

Exportation clauses are expected to be included in rules to be published later this year.

The U.S surrounded by Pot

I believe that the U.S will most likely pass some form of legalization this year at a federal level. With both Canada and Mexico ‘friendly’ towards cannabis – the U.S can no longer sustain their prohibitionist view-point, lest they fall behind in the great cannabis global marketplace.

By the end of 2021, we should see the entire North American Continent fully immersed in Cannabis Commerce. With this initial block, the global cannabis trade will begin – easing some of the damages caused by COVID-19 and subsequent lock-downs that have brutalized international businesses.

It’s no longer an issue of “If” but rather “how” the U.S will implement their cannabis framework. Under Joe Biden – it seems that big pharma might be the biggest winner, but we’ll see if the people will permit something like that.

THE LATEST ON MEXICO AND LEGALIZATION, READ MORE… 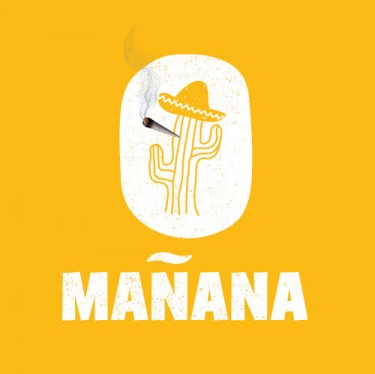