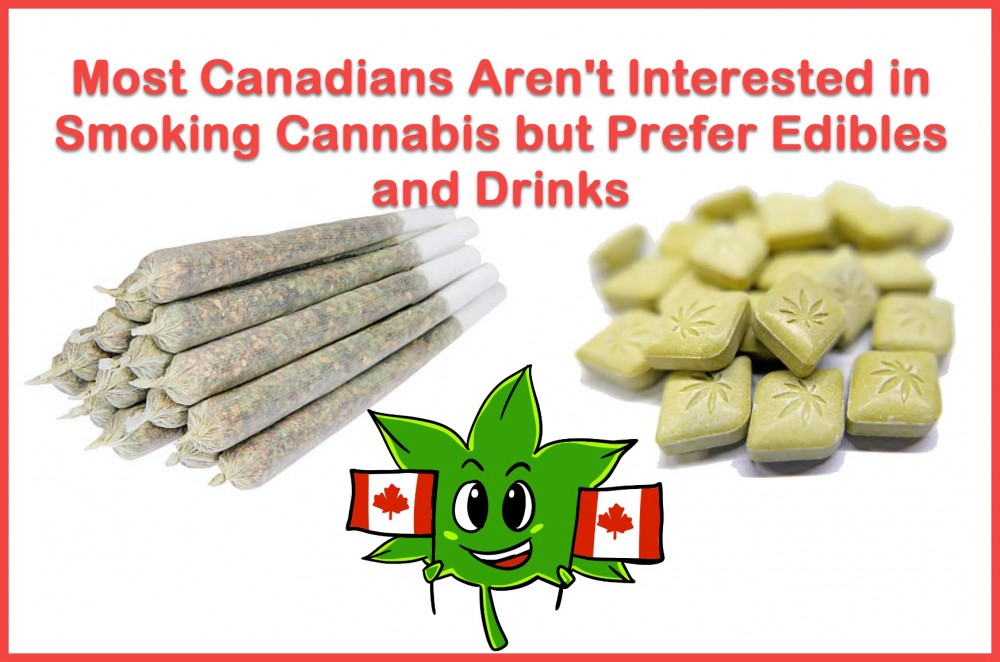 Canadians have it good now that they’ve legalized recreational cannabis.

But it seems that a majority of the population isn’t interested in cannabis. What could be the reason behind that? It seems that the effects of prohibition have lingered, and that we still have much more work to do to correct this.

The methodology utilized both telephone and a random online survey of 1,000 Canadians who were at least 18 years of age between September 29 and October 4. The respondents were randomly selected via telephone.

According to Nik Nanos, the survey results mirrored Canada’s current smoking culture. “Governments have spent decades demonizing smoking, and even though they’ve legalized something and allowed for smoking marijuana I don’t think that means that there’s going to be a new renaissance in how people feel about smoking in general,” Nanos told CTV News Canada during a phone interview.

Nanos thinks that the possibility of Canadians changing their minds about it is yet to be seen in the future.

“I consider this a benchmark of the old Canada, with a new Canada starting this week. One that has the consumption of marijuana,” Nanos said. “We should be looking at what the trend is over time because as the consumption of marijuana and cannabis becomes legalized and normalized, it’ll be interesting to see whether over time people feel a little more open to experimenting and trying cannabis and marijuana.” 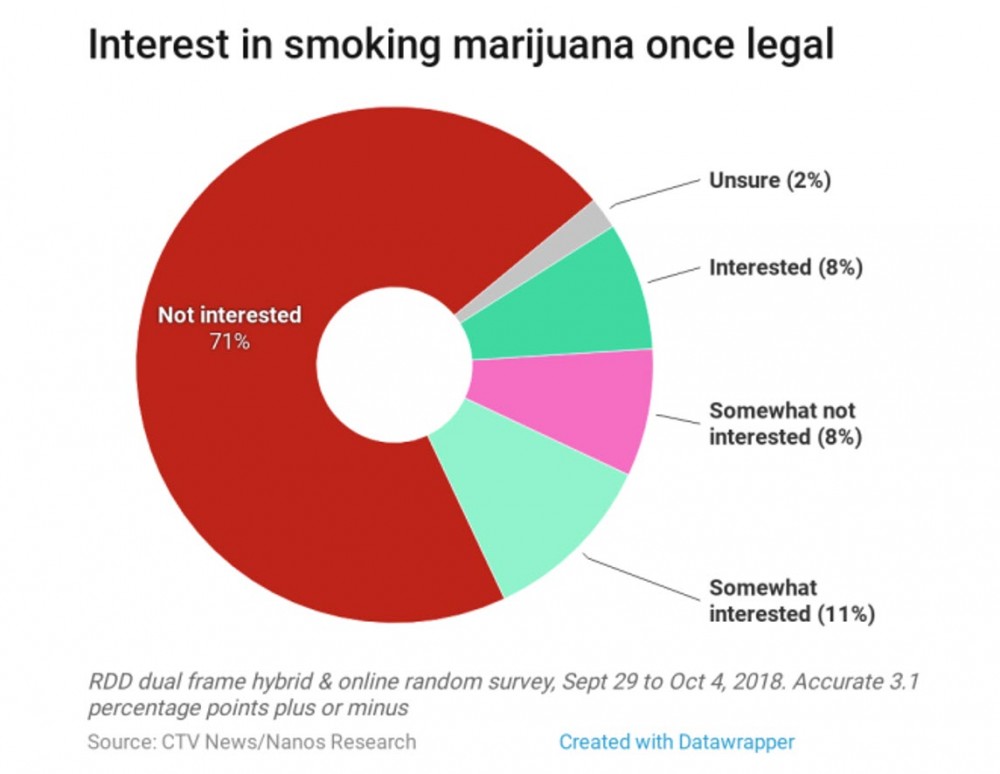 Eighty-six percent of survey respondents from Quebec disclosed that they weren’t interested in smoking pot, which represents the most out of all the provinces that were polled. Meanwhile, British Columbia had the least respondents who were uninterested, coming in at 73.6%

“In British Columbia there tends to be more of an attitude of acceptability related to the smoking of marijuana. At least in Quebec it could quite very well be for Quebecers the reason that there’s not an interest is that culturally they’re probably more into traditional consumption of alcohol and wine,” explains Nanos. 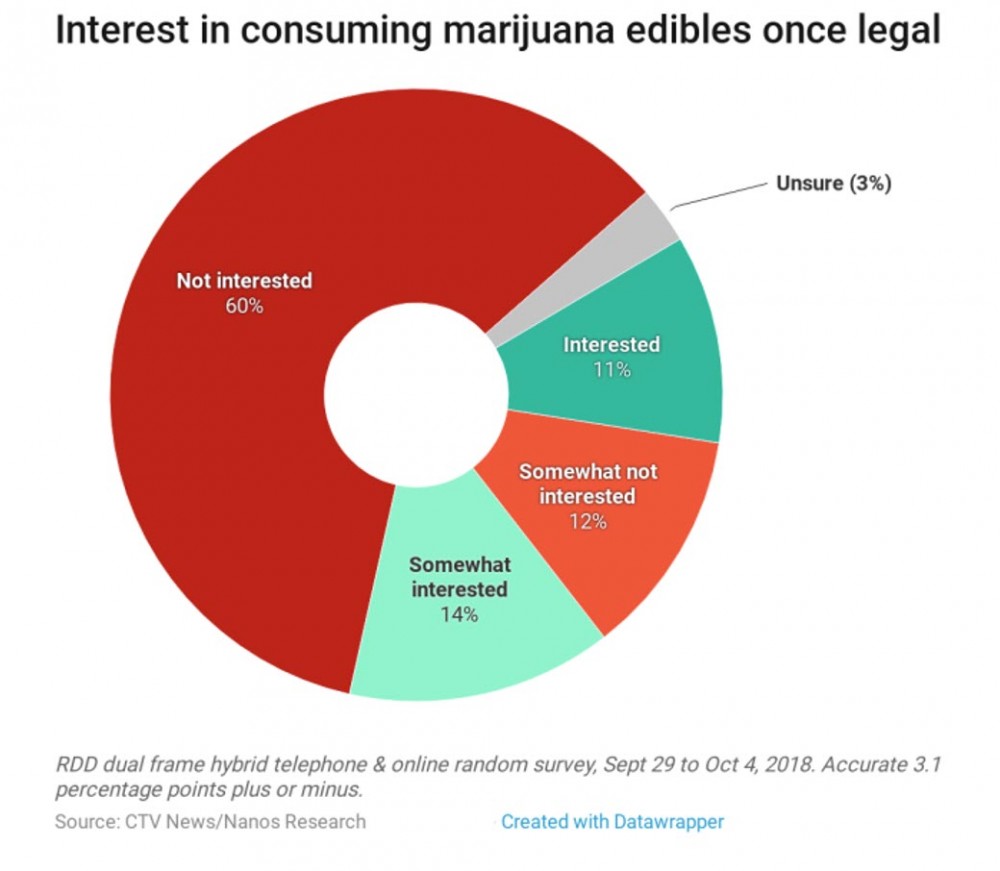 Most Canadians Still Divided About Legalization

The poll also found that 41% of Canadians admit to disapproving of cannabis legalization altogether. The results revealed that most Canadians are still conservative when it comes to cannabis, as 34% of respondents said they feel “positive” towards it while just 10% may reconsider their negative connotations of cannabis after legalization.

The results showed that the Canadians who were supportive of legalization were mostly young, wealthy, hailing from Atlantic Canada or British Columbia. Interestingly, 74% of respondents below 34 were solid in their support for legalization although 65% of the richest Canadians and over 60% of those residing in Atlantic Canada and BC support curbing prohibition.

When it came to Canadians who haven’t dabbled in cannabis, which represented 53% of the respondents, only 11% believed that legalization may make them more likely to try the drug. “Legalization doesn’t appear to be convincing many to try cannabis, if they haven’t previously, but it is making people wary of investing in the industry if it affects their ability to travel to the United States,” says Forum Research president and founder, Lorne Bozinoff.

Additionally, the results also show that Canadian’s aren’t that confident when asked about how law enforcement will be regulating consumption; 47% of respondents disclosed that they weren’t confident at all in the policing of cannabis sales and 58% say that they aren’t confident that it would be efficient in keeping pot away from underage youth.