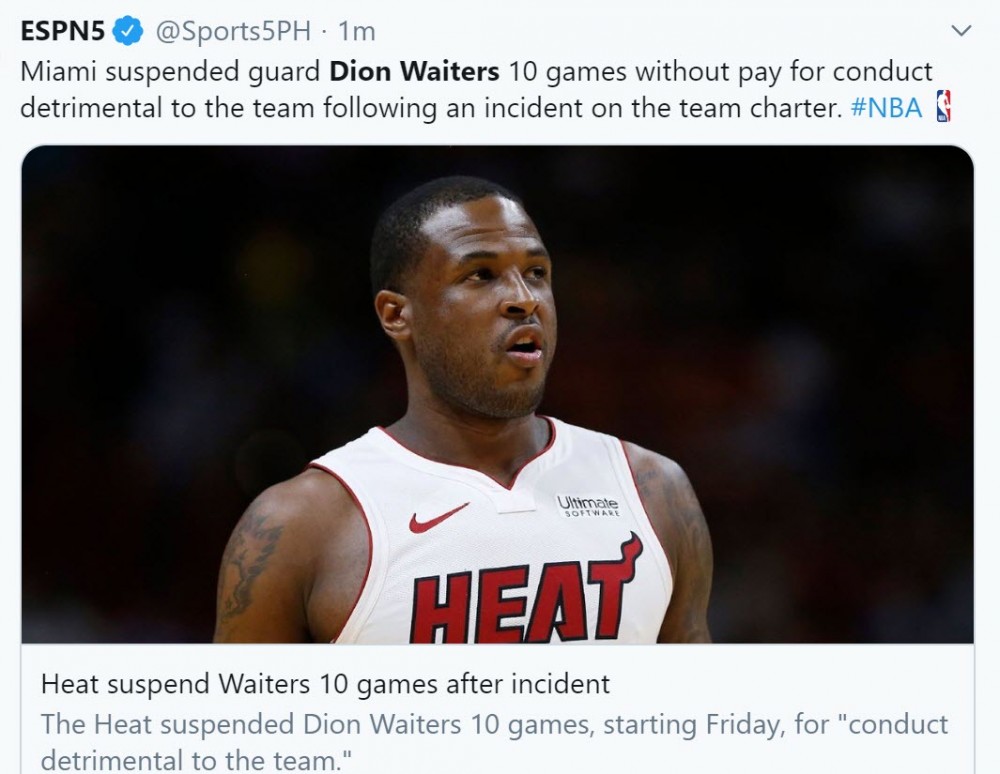 In a breaking story, NBA player Dion Waiters has been suspended by the Miami Heat for 10 games based on in incident that happened on the team charter plane in the last 48 hours.  According to Adrian Wojnarowski’s sources, Waiters had eaten THC-infused edibles before getting on the team plane and proceeded to have a panic attack.  While the Miami Heat are not commenting publicly due to medical confidentiality forms, sources are leaking that the incident involved more than one THC-infused gummy bears.

My first question is how many THC gummies does a guy of NBA size have to due in order to freak out on a team-chartered airplane?  Are we talking 25mg, 50mg, did we go all the way to 100mg?

Second question is was this just a “rookie” mistake? Not NBA rookie, but cannabis edible rookie mistake?  Was this the obvious, do one or two, nothing is happening an hour later, so let me do a couple more?  Obviously, to be suspended 10 games in an NBA season that is only 82 games long, is a pretty decent “incident”.  This is not over-sleeping an alarm for practice, 10 games means did he try to open the plane door at 30,000 feet and get out?

Needless to say the NBA is considering changing the league policy on cannabis during the next collective bargaining agreement.  Players, who some report 80% of the NBA players use cannabis after games, are in favor of the legal use of marijuana as a recovery product after games as well as pain relief.  With the evolution of cannabis products such as edibles and tinctures, players now have access to much stronger dosages of cannabis products than players in the 1970s or 80s.

Was this his first time dabbling with edibles?  Maybe not, the Heat did release a statement saying “There have been a number of instances this season in which Dion has engaged in conduct detrimental to the team,” the Miami Heat said in a statement after suspending Waiters 10 games without pay.