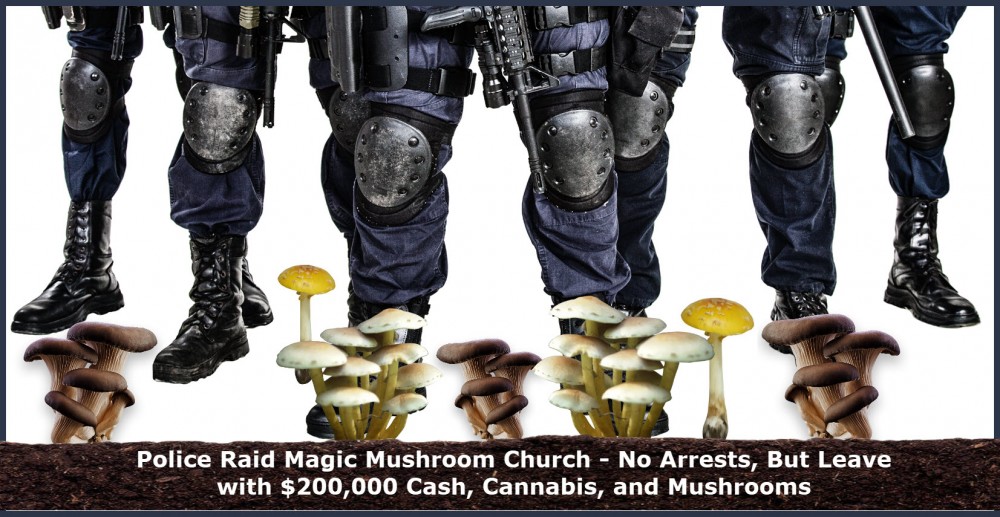 Latest Raid on Only Magic Mushroom Church in US has us asking… “Don’t they have something better to do?

On August 13th, 2020 – Oakland Police and Fire Department marched their way into Zide Door Church of Entheogenic Plants to raid their stock of “magic mushrooms” and to break open their safe. The officers made no arrest but “seized” $ 200,000 in cash, cannabis and several strains of psychedelic mushrooms.

Zide is one of the only “Mushroom Clubs” where you could actually procure psychedelic mushrooms on site. Of course – the establishment is not a dispensary but rather sees the consumption of these psychedelic plants as a spiritual rite.

Sure – this could simply be a convenient cover story for a collective trying to circumvent the law, but considering that the City decriminalized magic mushrooms and placed it as the police’s “lowest law enforcement priority”.

Allegedly, the cops had warned the church that if they don’t stop “selling” mushrooms that they would get raided. Apparently, the church did not comply. This prompted the police department to petition a warrant, which was executed on August 13th.

Despite the Oakland Police Captain saying; “The council said mushrooms should not be our priority, and they’re not…You can use mushrooms, you can grow your own mushrooms — but selling mushrooms is still not legal.”

That’s fair enough – except on the warrant they requested there was no mention of magic mushrooms but rather cited “Illegal marijuana dispensary” as the motive for the raid. This makes one think – especially with the lack of arrests – that this was simply a good ol’ fashion “shakedown”.

You know – the way mobsters used to do it back in the day?

Are Psychonauts really such a priority for the police?

The cops cited that due to the marijuana activities – there was an increase in violence in the area. So instead of going after the violent parties they decided to track down a bunch of psychonauts and steal their money – yay!

My question is – with all of the violence, insecurity, human trafficking, domestic abuse going on – how can the cops have time to go after these non-violent psychonauts? How could they have spent months on pursuing these kinds of “criminals” when there are definite criminals running around raping and murdering without a cop in sight?

Why go after the low hanging fruits? Does that even make society safer or is it simply a “you have to play by the rules” mentality?

Nonetheless – it doesn’t win any popularity points with people in Oakland and in a time where people have been screaming “defund the police” – your public perception should be important.

They broke the LAW!

Some people would justify the police literally stealing – err “seizing” – from people because they “broke the law” but this is a terrible excuse. Anybody that argues legalism has a short memory because not too long ago it was legal to own other people or to segregate people based on the color of their skin.

Yet when someone chooses to eat mushrooms or smoke a plant – they suddenly become “fair game” for law enforcement to oppress without consequences. How did they justify a raid without making an arrest? Did something illegal actually take place or was it that some “Thing illegal happened” and that the “money was on trial”?

You know – asset forfeiture laws complements of potential President Biden. These obscure laws gives law enforcement the right to “implicate property in a crime”, where they have a legal right to seize the property, even though the “person” was not implicated in the crime.

If you’re in the mood for reading about some organizational shitfuckery – CLICK HERE for civil forfeiture horror stories!

The “Law” is not always what is right. And in the case of going after people for consuming any type of narcotic – it’s not only an infringement on the individual liberties of consenting adults but also a colossal waste of tax-payer money.

The raid had 12 police officers and the fire-department spend hours and did absolutely nothing to make the neighborhood safer. Is that really the best use of the police department? Could that money be spent on outreach programs, police training, investing back into the conflicting neighborhoods?

Well yea! Except not for the reasons you may think. As with freedom of speech, having sovereignty over your own mind and body is a fundamental right. There is no real room for negotiation.

We already are heavily dependent on drugs within society. You drink Red Bull to give you “wings” or some Ritalin to keep you focused – and then at the same time condemn people for eating mushrooms or smoking weed.

Even when we’re talking about “harder drugs” there are far less violent ways to deal with it that has a greater positive impact on society as a whole.

Raiding this church, whether you believe in “religion” or not – is just an outdated strategy and with issues like human trafficking trailing the drug trade – maybe it’s time we simply stop behaving like the mob when it comes to drug consumption. I’m talking to you cops! 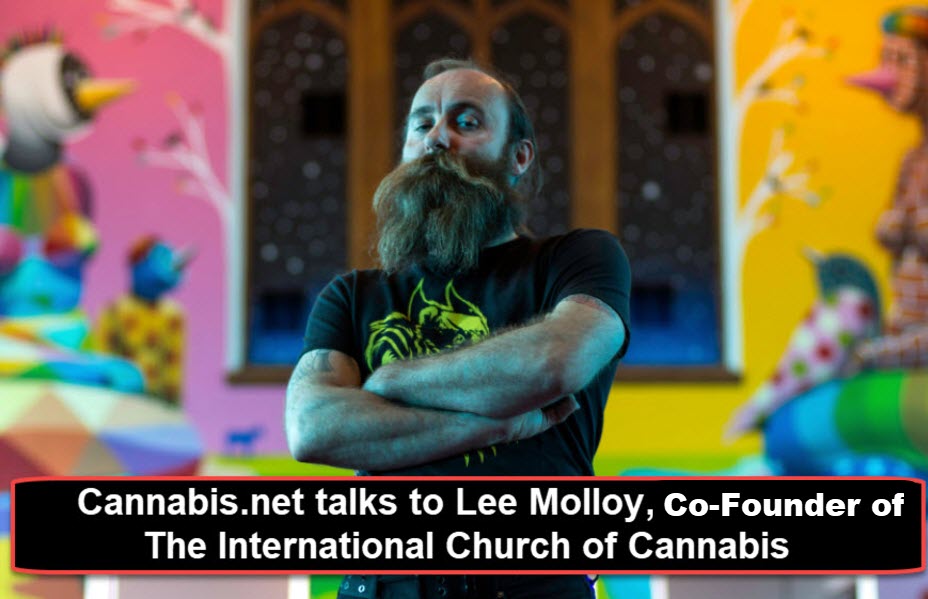 THE CHURCH OF CANNABIS IS OPEN AND DOING SERVICES, READ THIS.