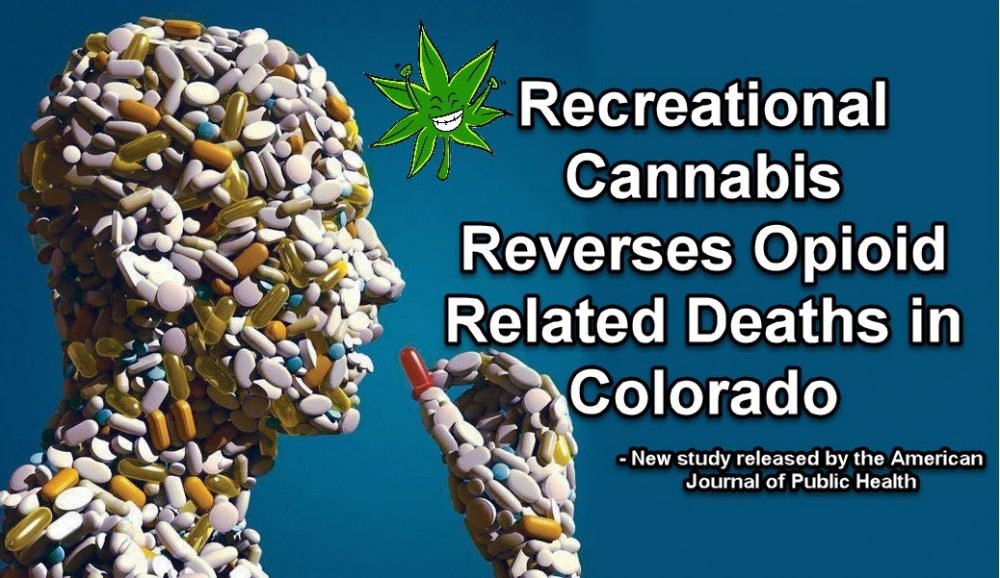 The report revealed that opioid-related deaths reduced by 6.5% since Colorado legalized recreational cannabis in 2014.  The study, conducted by researchers from the University of North Texas, University of Florida, and Emory University, examined deaths in Colorado caused by opioids from 2000 to 2015. In order to find out if medicinal or recreational cannabis had a role to play in reducing opioid death rates, they compared state data with that of Nevada and Utah, where only medicinal cannabis was legal during the time the study was conducted.

While this is definitely not the first study to analyze the effects of legalization and opioids, this new report is different because it shows how recreational cannabis directly affects opioid death rates. “After Colorado’s legalization of recreational cannabis sale and use, opioid-related deaths decreased more than 6$ in the following 2 years,” write the authors. They also emphasized that the results they found are only preliminary since the study includes just two years of data since Colorado first legalized recreational cannabis use.

The current opioid epidemic plaguing the United States is seriously alarming. The National Center for Health Statistics notes that from September 2015 to September 2016, 59,520 people have died from opioids. Around 100 people die each day in the country from opioid abuse, which makes up around 6 out of 10 drug overdose deaths. Not surprising, considering that in 2015 alone, US doctors wrote around 300 million prescriptions for pain medications. In almost all cases, the doctors prescribed dosages that exceeded the usual dosage limit of 3 days, sometimes extending by as much as 27 days.

Opioid abuse triggers changes in the brain, which is the reason why people become addicted and dependent on the drugs. Opioids affect the mesolimbic system which is responsible for telling the brain to release dopamine, which makes you feel extreme pleasure. Because of this, the brain associates these positive feelings with opioids, causing a dangerous and fatal cycle of addiction. Continually using opioids as high doses will make the brain act normal despite the presence of opioids in the human body. In order to achieve the pleasant sensations, those addicted will need to take higher doses of opioids each time. The changes in the brain chemistry are also the reason why serious opiate withdrawal symptoms occur when the drugs are no longer available.

President Trump just acknowledged the epidemic Thursday, addressing an audience in the White House saying, “This epidemic is a national health emergency. “Nobody has seen anything like what is going on now.” He adds, “As Americans, we cannot allow this to continue. It is time to liberate our communities from this scourge of drug addiction. Never been this way. We can be the generation that ends the opioid epidemic. We can do it.”

Why Cannabis Is The Solution

Cannabis is clearly the solution to ending the opioid epidemic once and for all. Painkillers are the second biggest category of pharmaceutical drugs, which are prescribed by physicians to treat a vast range of pain-causing conditions including cancer, surgery, trauma, injuries, and debilitating illnesses. The most commonly prescribed opioids include oxycodone, hydrocodone, methadone, fentanyl, and codeine.  Studies show that cannabis relieves pain while simultaneously reducing the impact of opioid addiction. Another study showed that cannabis is in fact 20 times more powerful than aspirin in treating inflammation, and that states that have medical cannabis laws have 25% lower analgesic overdose rates than other states.

Additionally, research shows that states with MMJ laws in place for over 6 years have been able to reduce overdose rates by over a third, while states without MMJ laws but have tried to reduce opioid abuse rates have had less progress preventing opioid-related deaths.

HOW TO USE CANNABIS TO GET OF OPIATES, READ THIS.. 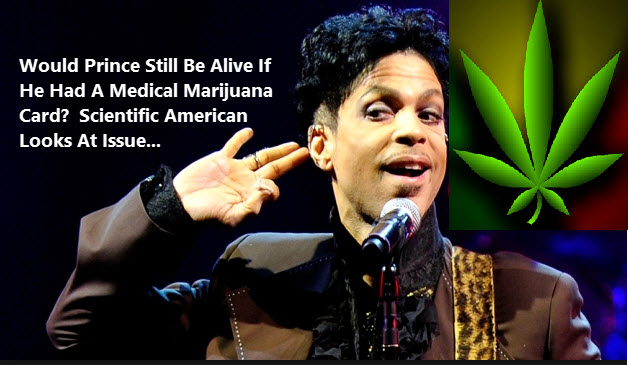 WOULD PRINCE BE ALIVE TODAY IF HE HAD MEDICAL MARIJUANA, CLICK HERE.