By Polly Washburn, The Cannabist Staff

The Department of Justice earlier this month rescinded the Obama-era guidance on marijuana enforcment in states that have legalized medical or recreational cannabis.

The letter opened with a statement of concern for, “recent steps taken by the Department of Justice (DOJ) to disrupt state efforts to implement their own marijuana enforcement policies.”

Sessions’ move to rescind the Cole Memo “puts jobs, small businesses, state infrastructure, consumers, minorities and patients at risk. This action by the Department of Justice has the potential to unravel efforts to build sensible drug policies that encourage economic development as we finally move away from antiquated practices that have hurt disadvantaged communities,” the letter said.

In a statement, Polis said, “It is absurd that Attorney General Sessions has broken Trump’s campaign promise and is now waging war on legal marijuana and states’ rights.

“The Trump Administration needs to back off, and allow marijuana to be treated like alcohol under the law. Through this bicameral and bipartisan letter, we are fighting for the majority of Americans who are calling on President Trump to overrule Attorney General Sessions and protect consumers, our economy, the will of the voters, and states’ rights.”

Following Sessions’ move on Jan. 4, members of Congress have pushed back and held emergency meetings to develop a response — be it via a spending bill rider or longer-term legislation.

A champion of Colorado’s cannabis laws in Congress, Polis’ has stepped up his efforts to protect the state’s burgeoning industry from federal incursion in January.

On Jan. 12, he sent a letter signed by 68 additional Congress members to U.S. House of Representatives leadership asking for the inclusion of a provision known as the McClintock-Polis Amendment in legislation to fund the government.

That amendment, which he has previously proposed, would ensure Justice Department funds cannot be used to interfere with states that have authorized some form of marijuana legalization.

The congressman attempted to push the provision into the continuing resolution to fund the government during an emergency meeting of the House Rules committee on Jan. 17. However, he withdrew the amendment when it became apparent Republican leadership would allow it to move forward.

Polis previously told The Cannabist that he would also continue to push for passage of his Regulate Marijuana Like Alcohol Act, which would end the federal prohibition on marijuana. However, “that could take years,” he said. “This is urgent — we must get this amendment passed in any vehicle that funds the government.”

Letter to Trump on Sessions Withdrawal of the Cole Memo (Text) 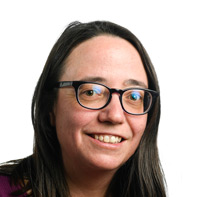 Polly joined The Cannabist in December 2016 as a digital producer. She has been creating print, web and video content for a couple of decades. She returned to her home town of Denver in 2012 after living in eleven other cities in four countries, and…