Home Marijuana News Stop Discriminating Against Moms Who Use Cannabis

Stop Discriminating Against Moms Who Use Cannabis 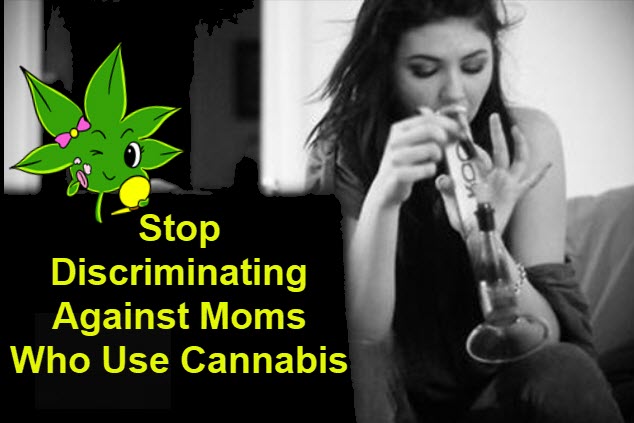 For Mother’s Day this year, we came out with an article celebrating toking moms.

We believe that mothers should be able to legally enjoy using cannabis when they feel like they need to. It’s especially helpful for coping with the stresses of parenting.

So why are moms still being discriminated against in this day and age?

A recent survey by Miss Grass, an e-magazine for women, asked over 700 moms about their cannabis habits. They found that almost 70% of women have suffered from discrimination for smoking pot, and an increasing number of them said that cannabis has also replaced their booze consumption.

Meanwhile, more than half of the women admit that they have had to hide their cannabis use from colleagues, but more of them are open to discussing it with their partners.

There were other interesting takeaways from the survey’s findings: a majority of moms are still being discriminated against even if a majority of Americans already support legalization. Based on a recent Gallup poll, toking moms are still not accepted in society. One participant said that, “If a parent, especially a mother were to even admit to using cannabis, they’d be reported for child abuse. It’s a complete shame; the stigma and judgment people pass.”

It isn’t surprising that many cannabis-using moms were already into the habit before they became mothers. The poll results state that 64% of them were already using before motherhood, 27% used it in the past occasionally, and 9% of them took up the habit after they became moms. Stress is something that no parent is a stranger to, and this is a given fact that comes with motherhood.

Additionally, most moms prefer to smoke flower. Eighty-two percent said that they preferred this method of consumption. Meanwhile, 71% prefer vapes, and 64% enjoy edibles. Sublinguals seem to be the least popular choice, with 37% of moms choosing it over other forms.

Another interesting note was that 21% of moms admit that cannabis use has been a replacement for liquor, and 38% say that they prefer pot to booze, at least sometimes. When it came to pregnancy, it wasn’t surprising that 81% of moms confirm that cannabis does reduce nausea, 76% say that it helps with stress, 67% report an improvement in sleep, and 62% were in less pain because of it. Just 4% of moms said that they experienced negative effects from cannabis.

Anna Duckworth, a co-founder of Miss Grass, disclosed to Rolling Stone that this poll was the 2nd they’ve conducted, in an attempt to better understand the cannabis consumption patterns of women. The first survey, released on Mother’s Day last year, garnered some 200 responses but focusing on the “shame and stigma surrounding mothers who use cannabis.” According to Duckworth, most of the reactions were “impassioned”, and this provoked them to do a second survey to explore the topic deeper.

Mothers Have All The Right To Smoke Cannabis

There are thousands of women out there, including mothers, who use cannabis all over the world. Whether it’s for recreational or medical purposes, or even a combination of both reasons, parents are most likely the largest segment of cannabis consumers.

But the image of stoned parents might bring about images of hippie, lazy adults, this is far from the truth. Many parents who use cannabis are responsible about. It isn’t that far different from them turning to a glass of wine or scotch to cope with the stress of parenting, or even occasionally popping a Xanax for anxiety.

Additionally, moms only need a small amount of pot to feel relaxed physically or mentally. On the other hand, it would take copious amounts of prescription drugs or alcohol to give them the same level of relief. Because of this, many moms can confidently turn to cannabis without having to feel too high to stay on top of things at home.

In fact, a 2018 survey from the Brightfield Group, which involved social listening among 6,000 people located in cannabis-friendly states revealed that, among the many personas they found use cannabis, microdosing moms was a growing trend. Microdosing moms made up 28.46% of the respondents; they are women who consistently use cannabis while 27% of them have consumed on and off in their lives.

Besides, it’s totally legal. Give moms a break – discrimination is the last thing they need.

MOM’S FOR WEED, READ THESE… 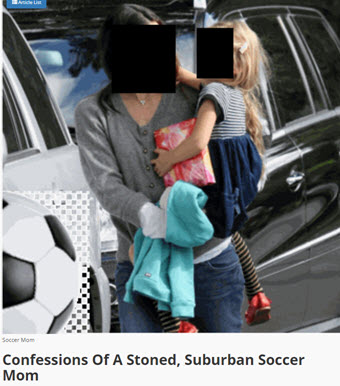