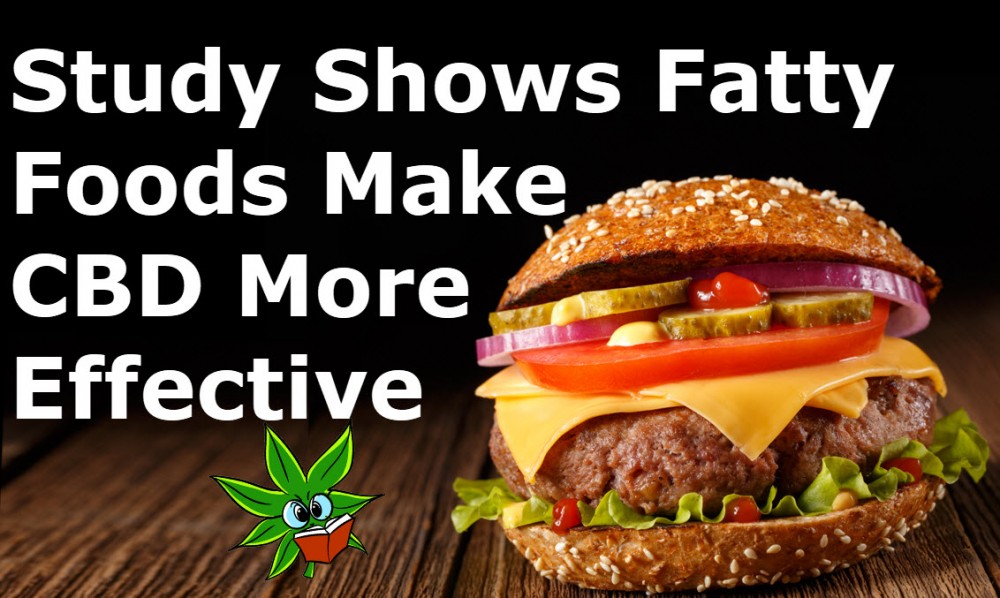 Here’s some good news for fans of fast food and other calorie-dense snacks. If the positive effects of CBD weren’t enough incentive to try out the game-changing cannabinoid, a recent study has provided new insight on how fatty foods can enhance Cannabidiol’s (CBD) absorption and therapeutic effects.

The benefits of CBD have been well-documented and studies have shown that it can be used to treat a wide range of maladies and conditions, from insomnia and anxiety, to epileptic seizures. Despite this, not much has been written about how what we eat affects the way it’s absorbed into the body.

Meanwhile, the market is quickly becoming saturated with CBD-laden products, from gummies and kombucha to cold brew and pretzels. It seems like everyone’s trying to cash in on the hype. But research into if these products enhance efficacy, or if they’re effective at all, are still limited.

Conventional wisdom dictates that the potency of a substance is directly affected by how much or little one has in their stomach when ingesting it. It’s often the reason why we’re advised to eat something before consuming alcohol. There’s no worse hangover than the one you get after drinking when you’ve forgotten to eat. There are also a number of types of medication that are supposed to be taken on an empty stomach. However, a new finding shows that the opposite may be true when it comes to CBD.

Researchers at the University of Minnesota published a study in June in medical journal Epilepsia on the effects of consuming a high-fat meal prior to ingesting CBD. The study was done on a group of epilepsy patients to see how they’d respond to CBD after eating a high-fat breakfast in comparison to when they’d taken it in a fasted state.

Patients were asked to fast for 10 hours overnight. One group was asked to take a CBD capsule within 30 minutes of consuming a breakfast burrito. The burrito had roughly 860 calories, with 500 to 600 of the calories of coming from fat. Meanwhile, the other group took the capsule without eating anything.

The results were dramatic, not only was there a considerable difference in absorption in fed patients versus fasted, those who had eaten the breakfast burrito had 14 times more CBD in their systems than those who’d taken the CBD capsules on an empty stomach. Co-author of the study, Angela Birnbaum, said, “The type of food can make a large difference in the amount of CBD that gets absorbed into the body. Although fatty foods can increase the absorption of CBD, it can also increase the variability, as not all meals contain the same amount of fat.”

While absorption increased significantly, higher CBD bioavailability did not result in any changes regarding the frequency of seizures for patients, all of whom were refractory epilepsy patients. Out of the seven who’d recorded their seizure frequency, only one noticed a high difference, with seizures decreasing from an average of seven a day to just one in a fed state.

Despite this glowing endorsement for a ketogenic diet, don’t be so quick to hop on that train just yet, researchers say a more thorough study is still needed due to the small number of participants observed in the study, with just 8 patients tested.

Other factors also still need to be considered, such as if bioavailability and absorption are dependent on calories consumed or fat content. Would a chicken salad of the same caloric density as a breakfast burrito be just as effective if the calories were coming mainly from, say, protein or carbohydrates as opposed to fat? Researchers say more in-depth studies still need to be done.

Nevertheless, by the end of the study, researchers had come to one sure-fire conclusion: taking CBD with food is better than without, so the next time you reach for your CBD pills, be sure you’re not doing so without any gas in the proverbial tank.

Apart from the new insight the study has given us, it also opens the door to a whole new world of possibilities, one that food companies and chefs alike may start taking advantage of. Some are already ahead of the game.

In April, to celebrate International Cannabis Day, 4/20, fast food giant Carl’s Jr. released a limited edition cheeseburger called the Rocky Mountain High, which featured a sauce that’s infused with CBD. The burger was released for one day only at one location in Denver, Colorado. Meanwhile in Los Angeles, a restaurant named Grub is serving up CBD-infused gourmet fried chicken paired with terpenes cocktails. In light of this new study, we’ll most likely be seeing more similar food items and products being released in the future.

GET MORE CBD INTO YOUR BLOODSTREAM WITH MEALS, READ THESE.. 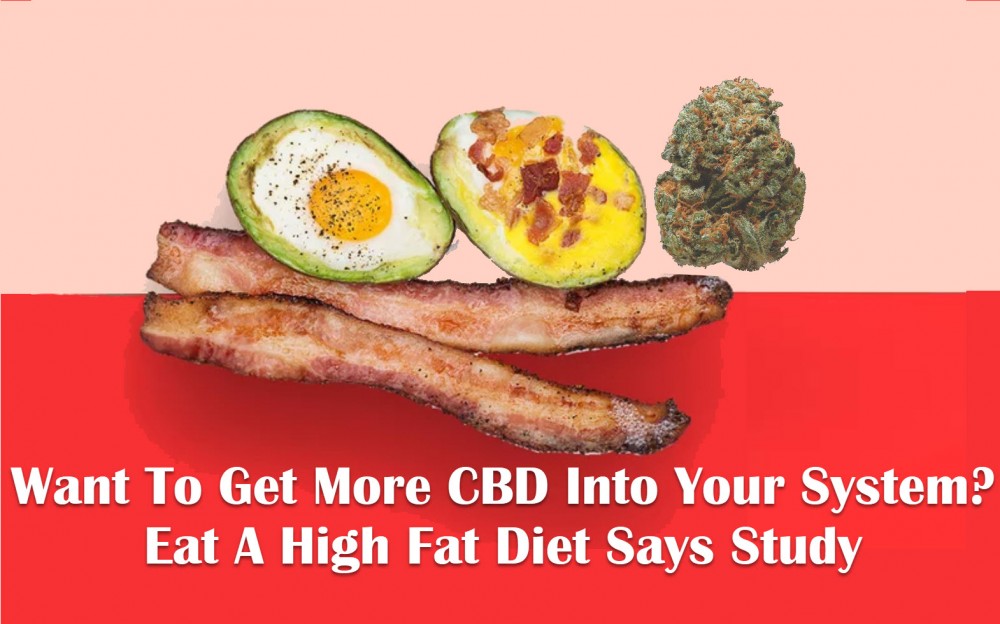 GET CBD INTO YOU WITH A HIGH FAT DIET,  READ HOW. 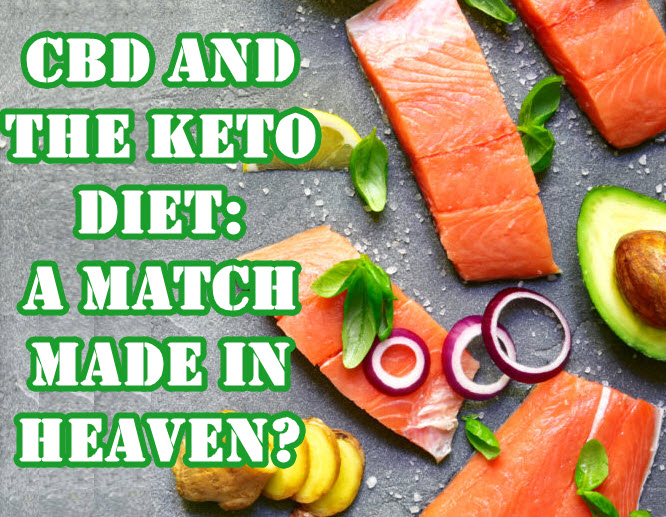