Home Marijuana News The Kids Are Alright: Majority of Millennials Think Cannabis Is Safer Than Alcohol

The Kids Are Alright: Majority of Millennials Think Cannabis Is Safer Than Alcohol

The Kids Are Alright: Majority of Millennials Think Cannabis Is Safer Than Alcohol 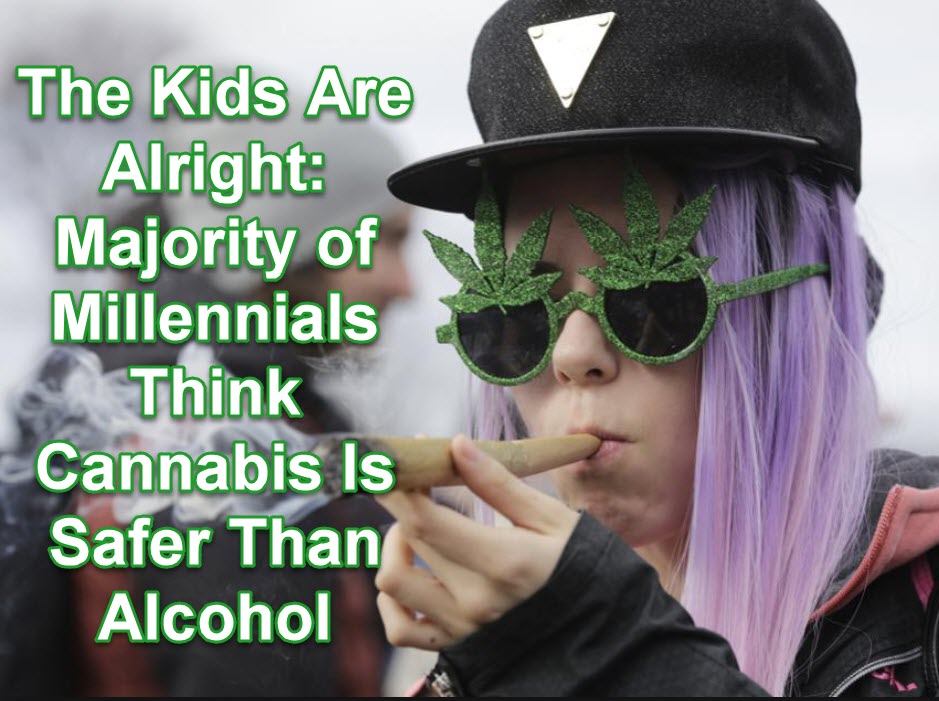 A new poll revealed that there is significant support for cannabis among the younger American crowd.

The millennials, in particular, could be effective in helping put an end to federal prohibition. The new survey, which looked at the feedback of more than 6,000 millennial-aged adults, revealed that 84% of America’s young adults believe that cannabis should be legalized.

The survey was carried out by Tylt, the “largest and fastest growing social polling and opinion platform among millennials.” Out of the respondents, over 54% think that adults should be allowed to consume cannabis in public.

The surveys conducted by Tylt cemented the support for cannabis among millennials, which refer to adults born around the 1980’s up to the mid 90’s.

The results from Tylt’s survey also revealed that the millennial generation sees that the problems lie in the country’s criminal justice system, with 81% saying that they think people who have been incarcerated due to cannabis-related crimes should be freed. The survey also says that in 2016 alone, 653,249 people were arrested because of cannabis-related crimes, and 89% of those were due to cannabis possession. Within the same time period, the survey also says that there was somewhere between 165,000 to 230,000 people legally employed in the cannabis industry.

Tylt’s survey wasn’t the first to show overwhelming support for cannabis legalization among America’s young adults. A Quinnipiac poll recently showed that almost 8 in every 10 voters under the age of 34 think that recreational cannabis should be legalized, which is much higher than the 58% support that was seen among all voters.

A few months ago, another survey of millennials showed that these young adults would prefer to substitute cannabis for alcoholic beverages. The report, called, “California Millennials Say No To Alcohol and Yes To Marijuana, utilized in-person interviews, an online study, and focus groups of over 2,000 cannabis users in California to come up with the results. They asked questions about cannabis as well as other substances being consumed, and how often they would consider to replace one substance in place of another.

“We found that for millennials, the choice between the two main recreational substances, alcohol and tobacco, has always been an easy one. Growing up with anti-tobacco messaging, the smoking rate for 18-29 year olds in the US has dropped by 22% over the past decade, leaving alcohol as the substance of choice,” says Lincoln Fish, CEO of a California dispensary that partnered with research consultancy firm Monocle Research for the study. “But we are already seeing a decrease in alcohol sales, which means that cannabis is poised to be the new recreational substance of choice for many millennials and beyond.”

Most of the respondents who said they would switch to cannabis cited cost, safety, and health as their reason. They admitted that they were also concerned about the risk of making poor decisions while under the influence of alcohol. The respondents also said that even good quality cannabis was considered less expensive compared to their general spending on booze, while others claimed that cannabis didn’t give them any noticeable side effects the day after use. Cannabis left them feeling active and healthy while alcohol consumption often led to adverse effects (hangovers) the following day.

The fact that more young adults are turning a new leaf is good news for the cannabis industry. Another recent report also revealed that 1 in every 4 Americans has already given up beer for cannabis, or plans to make the switch in the future. 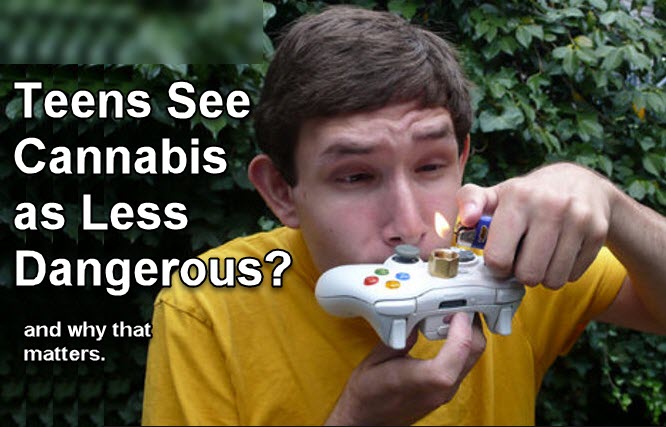