Home Marijuana News The One Cannabis Pest You Can’t Kill

The One Cannabis Pest You Can’t Kill

The One Cannabis Pest You Can’t Kill 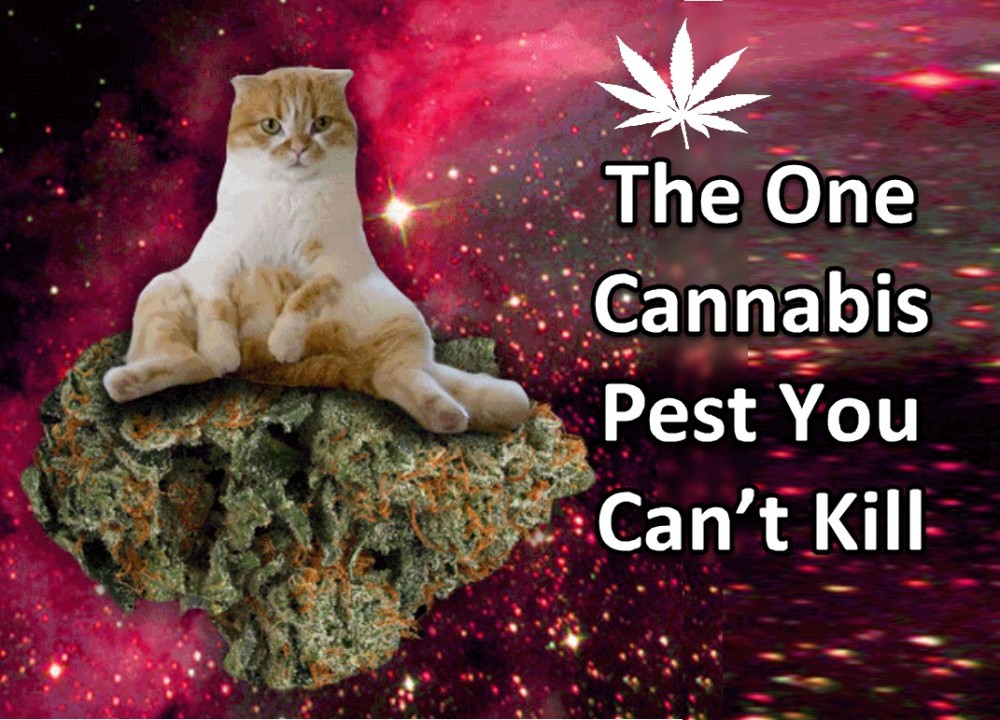 The other day I wrote about a slew of cannabis pests and how to deal with them, however, I forgot one pest that can be devastating to plants – your cat!

That’s right, cats are known for their love of eating fresh cannabis and if you’re not careful, they could cause some serious damage to your plants. Unlike other pests, with a cat you will have to outsmart the sneaky feline. Cats are quite ingenious at figuring out how to bypass your safeguards and dine on your poor little plants.

Why do cats eat weed?

People think cats only like catnip; however, weed is something they love to munch on as well. Within the cannabis leaf, all of the essential phytocannabinoids can be found. Considering that they too have cannabinoid receptors in their body that help them regulate their digestion, boost immune system and help with overall bodily functions. It makes sense that they are naturally attracted to consuming the plant.

Essentially, your cat understands the medical benefits of consuming raw cannabis leaf and thinks, “Thanks man, I’ve been feeling a bit bloated lately”. They’ll then proceed to massacre your plant for it’s “goodness”.

Cats aren’t delicate when they eat your weed. They will rip off all the leaves and in some cases even uproot the entire plant. There’s been a few plants of mine that I found lying on the ground, wilted and lost forever.

Is it common for cats to go after weed?

It’s more common than you think. A quick Google search will reveal to you the hundreds of horror story of fellow growers and the battle with their cat. One story talks about a person who locked the cat out of their room, but forgot to properly close the grow box. His cat decided to repay his owner by devouring one of his plants that was ‘just starting to bud out’.

I myself have had four plants of mine brutally murdered by my cat “Monkey”. His fat-ginger ass loves weed and I really have to think out-of-the-box to keep him in check. Usually, I save trimmings for him in a Ziploc bag in the freezer for snacks, but sometimes when the crop is young, his primal urges can really fuck with my timetables.

How to deal with a cat that loves weed?

As mentioned, your cat is your buddy. He’s just a buddy that doesn’t pay rent, sleeps all day and wants you to feed him. Nonetheless, he’s awesome.

You can’t “punish” a cat. You have to outsmart a cat.

Some people put citrus peels around their plants (I have never tried this). Apparently cats don’t like it, and you’d have to do something about fruit flies. This solution to me isn’t ideal because it creates more problems.

Another way would be to spray a bit of water in their face “If you catch them doing it”. It means nothing if you do it after the fact. This too isn’t an ideal solution because it would mean that you would have to catch the cat in the act to make it work. And it’s a dick move…

Rather, you have to cat-ify the grow.

A simple solution involves building a frame around the plant. There are two ways to go about it;

I personally believe that building the frame around the entire grow is the best approach. When you cat-ify a single plant, you’re still giving the cat the ability to pull and reach to get to his “green gold”.

Around the entire grow means that you can create enough space to keep it out of “paw’s reach”.

The frame will then be covered by a mesh of sorts. It could be chicken-wire or a finer mesh. If you’re doing an indoor grow, then you’ll simply want to be able to lock the grow area (something you’d need to do anyway to control the light cycles).

However, for those growing outdoors, making the mesh-frame is probably your best bet. It wouldn’t cost too much because you’re literally building a wooden (or pvc frame) and then covering it with the mesh.

The reason you want it “meshed” is because this way you still get the benefit of sunlight, wind and other elements, while keeping the cat at bay.

The only downside is that it will take up a bit more space, and if that’s an issue, you’ll probably have to go for the “individual plant mesh” method.

At the same time, I strongly recommend that you save all of the trims you do. Not only do cats love to eat weed, it’s really good for them. While it’s definitely frustrating when your cat destroys your plants, just remember that they are doing it for their own health. Saving the leaf is a good way to keep them away from your plants by always having a bite on hand. 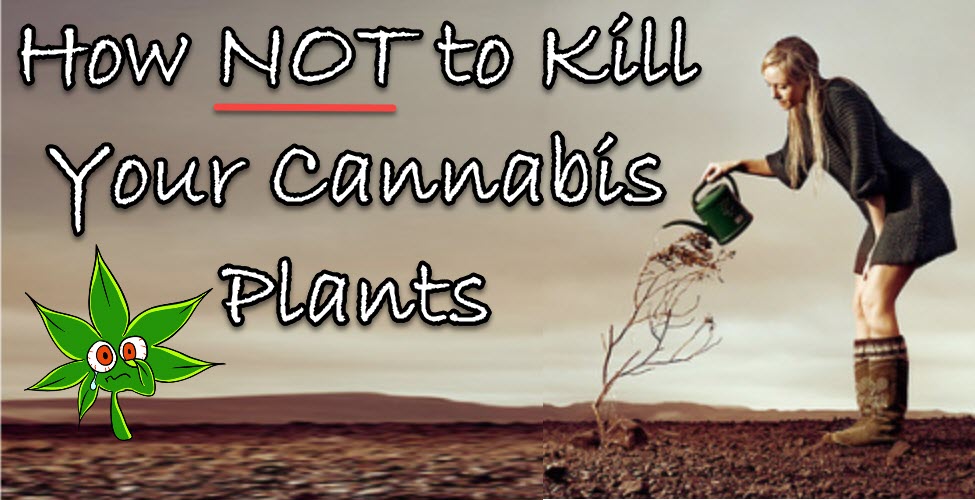 5 WAYS TO KEEP PESTS OFF YOUR CANNABIS PLANTS. 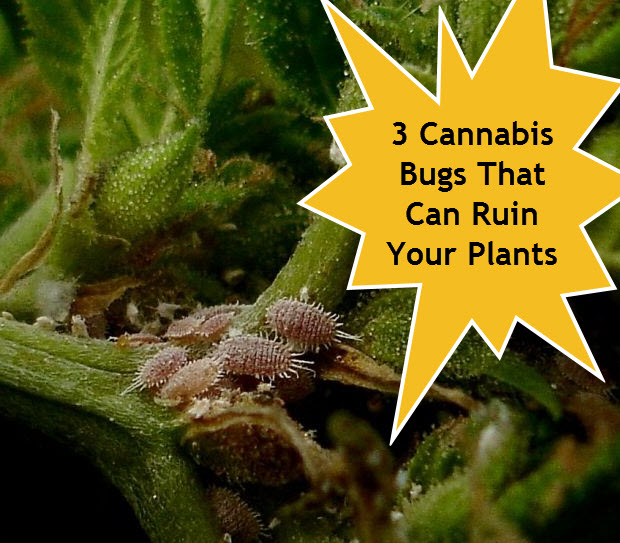 BUGS TO KEEP OFF YOUR CANNABIS PLANTS, CLICK HERE.