Over the years, I have written on numerous occasions about the ill-fated attempts of anti-cannabis PSAs. Primarily, I pointed out how absolutely ridiculous these messages were, whether we’re talking about a kid that melts into a couch or the infamous “Billy” getting into all sorts of troubles.

Unfortunately, the Anti-POT PSA committee hasn’t read any of my articles and decided to set the bar as low as possible when it comes to educating kids about cannabis use.

First, no one is advocating that we give kids the right to smoke weed. I do believe that proper education though, would reduce any potential harms and create a more open dialogue about substance use in general. My beef with these PSA groups is that they are disingenuous about the reality of drug use. I don’t believe any of them have ever consumed any kind of drugs save tobacco and alcohol.

Nonetheless, they continue to produce drivel catering to the lowest of the low, implementing the “just say no” tactics of yesteryear. Before I provide my alternative narrative to educating kids about proper drug use, let’s break down the #BiggerChoices video that was made by LA County in this epic failure they call a “Rap Video”.

Bigger Choices “Excuses” broken down and beaten to a curb

Let’s start by setting the scene. In the opening scene, we see a pair of teens chilling at a party. “The Dude” who is on the left is holding a hitter of some sorts while “The chick” is apparently waiting for her turn in the rotation.

Behind the two, we can see some bud, a grinder, some “red party cups” and smaller throw-away glasses [Presumably for shots].

“The Dude” starts off his rap with, “I’m stressed! When I light up it helps me stay focused” of which the chick replies, “and marijuana is legal and it’s no big deal to smoke this…”

Of which the most diverse trio [as to not offend anyone] listens in on their conversation and suddenly [and rudely] interrupt the two with, “It ain’t legal for you yet, your brain’s still gotta grow; focus on yourself there is still so much more you need to know…”

Now just to pause the scene here for a moment. The three kids dressed all in white I assume is the “voice of reason” within the crowd of teens. Secondly, while they were talking about weed, why did they forget to mention the “red cups” of alcohol on the table? I mean if they are going to be banging on weed, why leave out the booze? I mean…that’s just double standards in my humble opinion. Let’s get on with it….

A chubby dude getting passed a joint who magically overheard the conversation in the other room replies, “But everyone is sparking up and girls will think I’m fly…” As if by magic, the culturally and sexually diverse group of ‘know-it-alls’ respond with, “Girls won’t think you’re fly when your bank account is dry…”

Okay, in the second verse of this amazing rap we figure out that the word “fly” is used to describe the guy being “with it”. It also gives us an indication at the age of the person who wrote the rap. I’m assuming someone in their late 50s, with no real connection to kids whatsoever. Secondly, we the Trio of know-it-alls apparently believe that if you spend your money on weed, it’s all you’d ever spend your money on. Also, most kids don’t earn an income, so…bank accounts are pretty much dry already, and suggestion your girlfriend is more interested in you because you bank account isn’t dry crosses all sorts of social taboos right now…but that is for another article.

ON TO THE FINAL SCENE!

Now we’re in a bedroom, a girl is sitting there with her friend about to spark one. She starts off with, “I feel the need to roll up cuz my boyfriend is a cheater”. Once more, the Trio shows up listening in on conversations they’re not supposed to and say, “ Weed won’t solve your problems it will only make them bigger”.

Finally, they cut to the Trio walking towards the camera with a rap lyric that makes no sense whatsoever. PS. It’s their main point.

“You are not a follower, let us tell you why. You can’t use your brain if you’re always getting high.”

Okay, WTF with that last phrase. It makes absolutely no sense at all. “You are not a follower let us tell you why” – To this point it still makes some sense. But then suddenly the last sentence renders the entire message into some dyslexic nightmare – “You can’t use your brain if you’re always getting high…”

IN WHAT UNIVERSE DO THOSE TWO CONCEPTS HAVE ANY RELATION TO EACH OTHER?!?

I mean seriously people, don’t you think that our kids deserve better?

How to Make a Proper Cannabis PSA

Understanding the principle behind the PSA – which is to deter kids from using any kind of substance for a wide number of reasons, the current [and past approach] of PSAs are attempting to appeal to the “cool-factor” of kids.

They think that kids do drugs because they “think it’s cool”. The reasons they gave within the “Rap” attempted to reach out to some of the social issues kids face on the daily, however none of that are “real reasons” why kids do drugs.

When I was a teen, I didn’t do drugs because I thought it was cool. I was bored with life, curious, frustrated at the presented idealized future according to society and coping with several insanely difficult life issues plaguing my teenage existence.

I didn’t need to “not do drugs” but rather, I needed guidance in life. If there were people interested enough to cultivate my creativity and channel it into something that would consume my time enough to not give me the opportunity to do drugs…it would have been much more effective than just telling me not to do it. If you don’t believe me, ask my parents who probably busted me more than a hundred times for weed.

The point here people, is that our current approach to PSAs aren’t working. Wouldn’t it be much better if a PSA told the truth? “Hey dude wanna smoke a joint?” “Nah dude, my dad told me I can only smoke weed until I completed my first harvest and then only under his supervision until I’m 18…so rather…would you wanna come over to my place and chill with my dad?” 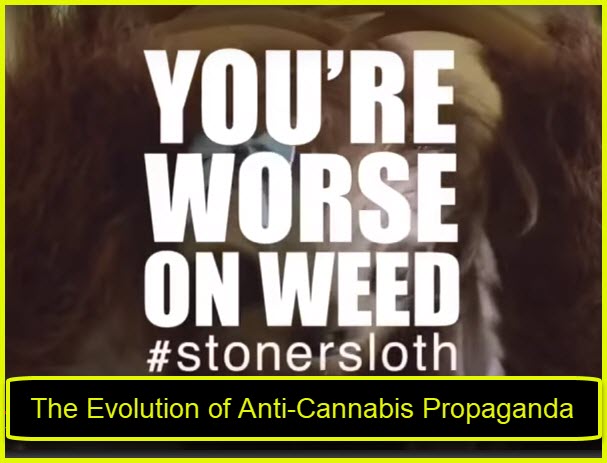 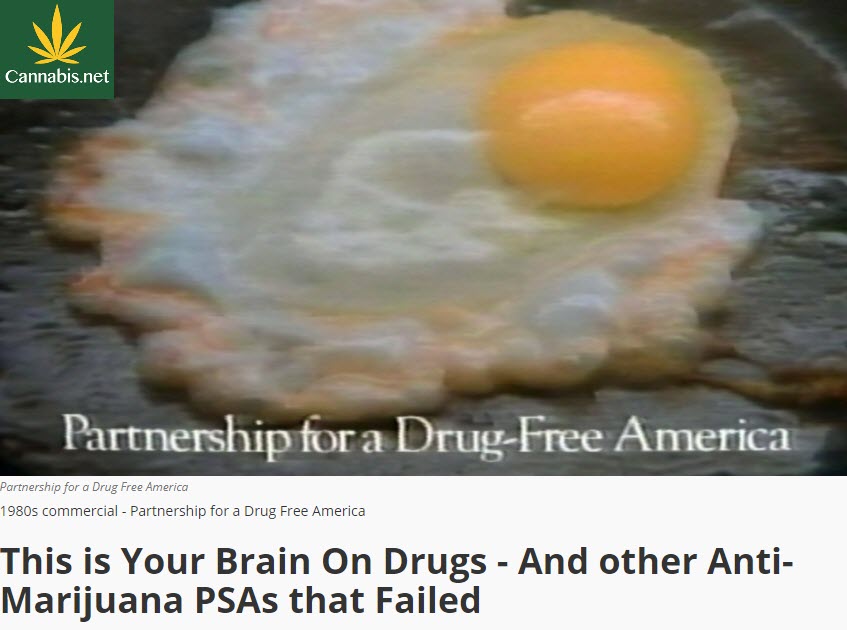