Home Marijuana News The Three Biggest Weaknesses in the Argument for Cannabis Legalization (That We Can Fix!)

The Three Biggest Weaknesses in the Argument for Cannabis Legalization (That We Can Fix!) 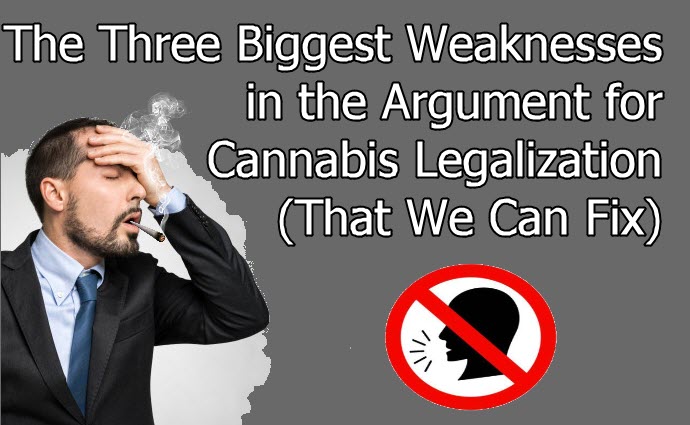 Why isn’t cannabis legal at the Federal level yet?

With Canada going full legalization and with over 33 states now having some form of marijuana legal, whether it is medical marijuana or recreational marijuana, why hasn’t the government of the US legalized it at the Federal level in order to collect more tax revenue, make people’s lives easier when the travel, and allow full-blow research on the plant?  There are a few holes, or weaknesses, in the “let’s legalize cannabis now” argument that can be corrected to make a broader impact on moderates and people that respect the cannabis plant but are not full-blown, raving cannabis stans.

So, what are the weak points in the legalization argument that the pro-cannabis crowd can correct in order to appeal to a wider audience, hence getting more people, i.e. voters, on the legalization bandwagon.  We are all very familiar with the drum beating of why cannabis should be legalized, but where is our rhythm missing out on those that are still undecided on cannabis legalization?

*Cannabis is Not a Drug – This one rings hollow with most people who are level-headed and still undecided on whether we should go full on legalization. We have posted a long article here at Cannabis.net showing why cannabis is a drug, you can read it here.  Without rehashing the whole piece, we need to be able to say, yes, cannabis is a drug, if fits all the modern definitions of a drug.  Yes, it can be a drug and still come from a plant or be “just a plant”.  At least 90% of all pharmaceutical drugs have their origins rooted in plant life and things like opium are certainly drugs and that grows as a flower in the Middle East.  The pro-cannabis crowd would do themselves a favor to agree that cannabis is a drug and then follow up with, “and that is 100% fine.”  Caffeine in coffee and chocolate is a drug, some would argue sugar is a drug, nicotine is a drug for sale for anyone over 21 in the US, all OTC medications like aspirin and Tylenol are drugs.  Billions of people a day take a drug daily as part of their routine, whether it is a cup of coffee, a wine or beer, or an aspirin for heart health, all are forms of drugs.  To scream over and over that cannabis is not a drug, it is a plant is incoherent and factually both can be correct.

*Cannabis is Not a Gateway Drug – While all the research suggests cannabis is not a gateway drug to harder drugs, there are some cases where certain personality types will use such things as alcohol and cannabis on their way to much harder drugs like cocaine and heroin.  Alcohol has been shown over and over to have a much stronger association with being a gateway dug to harder substances than cannabis, but that does not mean that cannabis has never been used as a gateway drug for certain people.  Were those people going to end up using cocaine and heroin based on personality, brain structure, social upbringing and lifestyle, probably. Did they also use marijuana along that way?  Yes.  Was it a key gateway drug that encouraged them to try cocaine?  Probably not but now we are getting into the very minute details of someone’s life.  The best way to handle the gateway drug pushback is to say that almost all the studies done on gateway drugs show that alcohol has a much, much greater associating to ramping up the drug scale for people who try booze early, and that cannabis does not show that strong of a proclivity for ramping people up to cocaine and heroin. Has cannabis ever been part of a person’s process from going from alcohol to heroin, sure, but so has beer, wine, opioids, stealing pain killers, etc.?

*Cannabis Can Cure “Fill in the Blank” – People are leery of things that sound to good to be true and sliver bullets that solve all of lives problems.  Pushing cannabis a cure for something, or in some cases, everything, is rubbing the moderates and levelheaded people the wrong way.  Does cannabis help with the systems of many, many illnesses and pains?  Yes.  Can it help people dealing with such things as cancer, PTSD, arthritis, anxiety, depression get healthy? Yes, absolutely, but to claim it can cure such things actually makes people question how varied your facts are and it even has the FDA issuing warnings on a weekly basis now to CBD and cannabis companies about unresearched health claims.  Most people know it can’t cure cancer, and if it has in some cases it has, but millions of people who have tried cannabis and use it still die from cancer.  To win over moderates, it is best not to claim cannabis cures everything, it is not a sliver bullet.  Once we can study the plant and find out more about how it interacts with the human body, it may help find cures to a variety of alignments.  If you have acme or arthritis and using cannabis relieves the systems or makes your skin clear up it doesn’t mean cannabis cures arthritis and acme.  Cannabis has massive anti-inflammatory properties that can reduce swelling in the body, but that doesn’t mean it can dissolve the calcium formations in the joints and heal your fingers or wrists.  Cannabis can put your endocannabinoid system back in balance from stress and anxiety which may help get the oil glands in your skin to reset, but that is not a cure for acme.

If something sounds to good to be true, it usually is.  People know this and have been taught this.  Keep the excitement and hope for the cannabis plant to a small roar as opposed to an exploding volcano will give you more credibility as you explain the plant to people.  You will come across as a knowledge expert who can build out a “like, know, or trust” relationship with people about cannabis, as opposed to a fanatical “Cannabis Stan”. 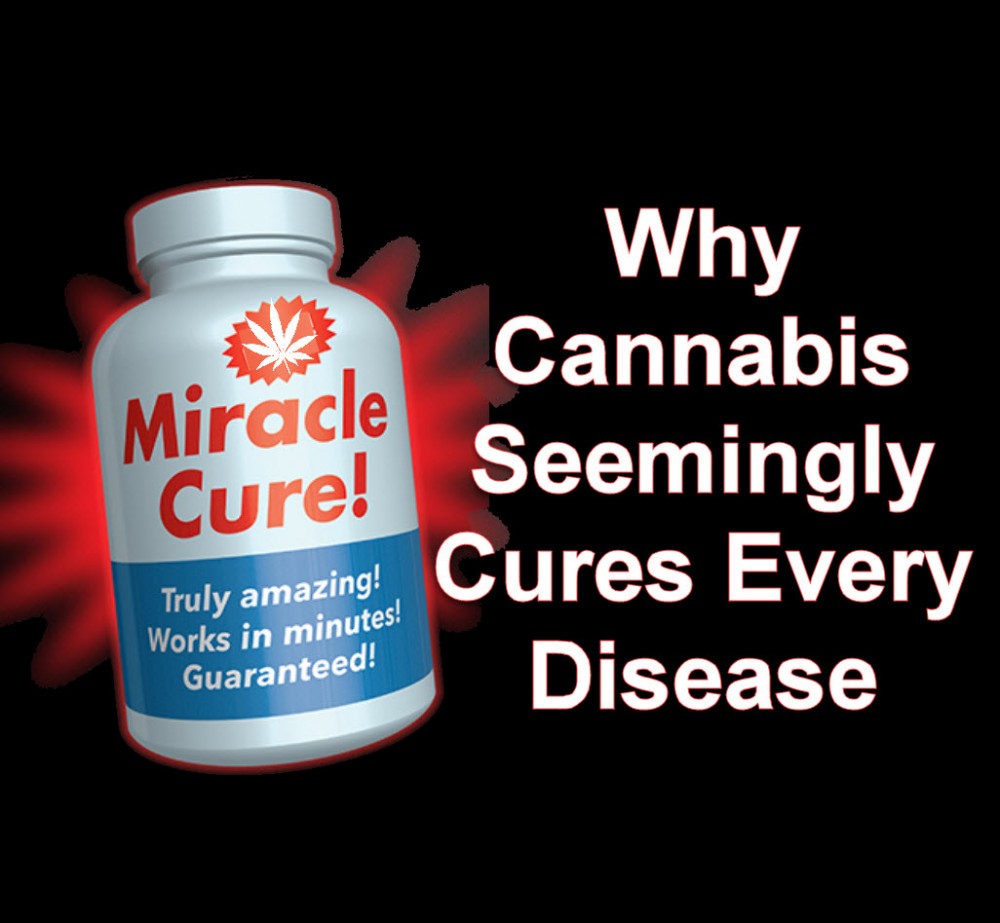 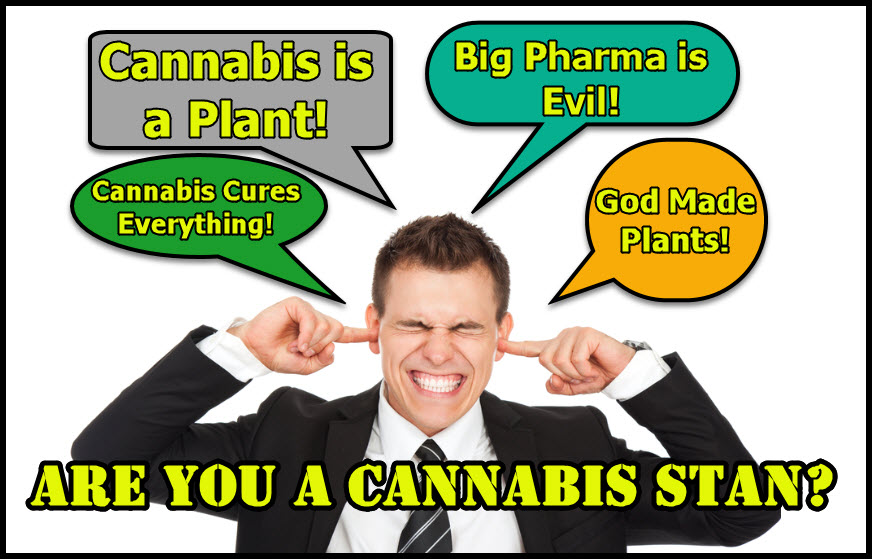 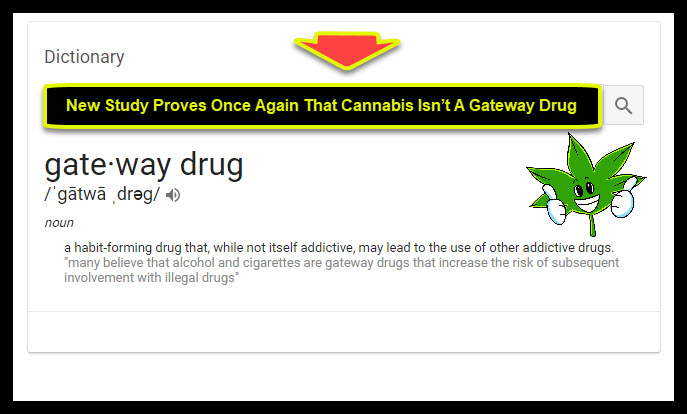 CANNABIS AS A GATEWAY DRUG, SAY WHAT?

YES, CANNABIS IS A DRUG, AND THAT IS OKAY, CLICK HERE.