How to Talk to Your Kids about Cannabis – Age Appropriate 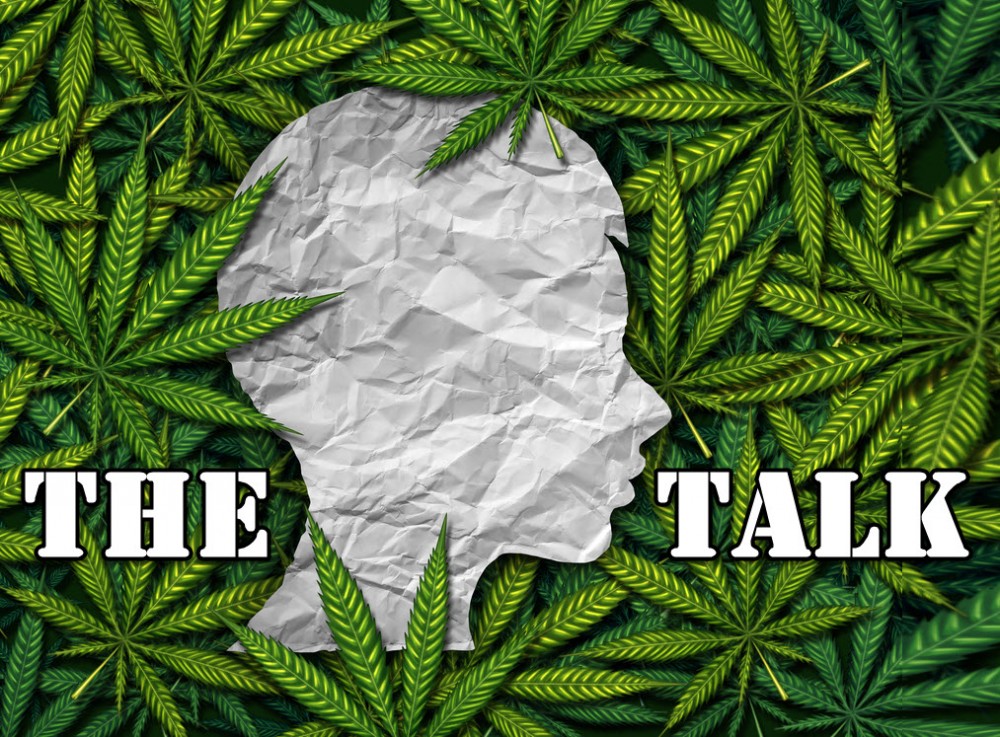 In this article, I will attempt to provide a foundation for parents to educate their children on cannabis-based on their age and understanding of ‘what cannabis is’. It’s not the same talking to a five-year-old about the plant, as opposed to a fifteen-year-old.

Thus, understanding ‘what to say’ depends on the current age of your child. So let’s get into it.

Talking to children under the age of 8

It is believed that a child fully develops their “reasoning abilities” by the age of eight. In other words, they begin to think more analytical about things, their emotional maturity increases significantly and their interaction with the world also changes.

Thus, when talking to children under this age threshold, your message about cannabis will be very different. In most cases, the narrative around cannabis will be focused on the “Adult-Consumption argument”.

You don’t need to go into too much detail, simply establish that the act of consumption is meant for adults. In the case that you consume cannabis for medical purposes, you can also reiterate that it’s “medicine”.

Nonetheless, it’s important to be careful about your consumption and your smoking devices. Just like alcohol, keep your stuff under lock and key and out of the reach of your kids. It’s just ethical consumption.

The next category of kids is more aware of what’s happening in the world around them. They see billboards promoting cannabis care or perhaps even have a few peers who have been introduced to the concept of cannabis.

Prior to this, there is an excess production of endocannabinoids in your system. You don’t have to get too scientific about the endocannabinoid system, however, it’s an important point to make to justify why “they shouldn’t” consume cannabis.

You can talk about how their body and mind is going through hormonal and physical changes, and that interfering with this process isn’t the smartest thing to do.

In the case that some of their peers are consuming medical cannabis, you can also explain that “as a medicine, with a doctor’s prescription”, their friends are using it as medicine.

Finally, we get to the teenage category. In this category, you can be completely honest. You can elaborate on the endocannabinoid system and cognitive functionality. I don’t personally subscribe to the idea that cannabis “impairs the mind and reduces IQ” as those studies are highly subjective.

Rather, I come back to the idea of the endocannabinoid system and bodily development. You want to maintain a sense of purity during the developmental years. This is not to say that cannabis is “bad”, but rather, once your system has been fully developed, people will be able to use cannabis the “right way”.

It’s important to understand that in this category, there are probably a few kids already smoking weed Make sure to not alienate those kids by telling your children “marijuana is bad”. That approach has failed us for more than eighty years.

Rather, being truthful about the physiology and biology of cannabis and the underdeveloped mind would go much further in promoting abstinence. Education, free of ideological policy, will always be the best deterrent to teenage cannabis consumption.

The trick is, to be honest, and take control of the narrative

For far too long, we relied on “government” to educate our kids in relation to drugs. What happened? They lied and in turn created a deep distrust for “official” warnings. The “just say no” approach didn’t educate people on proper drug use.

Thus, honesty is the best policy. You’ll want to study up yourself, and create an unbias narrative about drugs. The fact of the matter is that your kids live in a world where drug use is a thing. You could either hope that someone else educates your kids, or you can take control of the narrative.

If you teach your children from a young age to view cannabis simply as “a tool” used for medicine or recreation, your children will be far more prepared when faced with decisions about drug consumption.

After all, it’s your responsibility to prepare your kids…not Uncle Sam’s.

HOW TO TALK TO CHILREN ABOUT LEGAL MARIJUANA, READ THESE.. 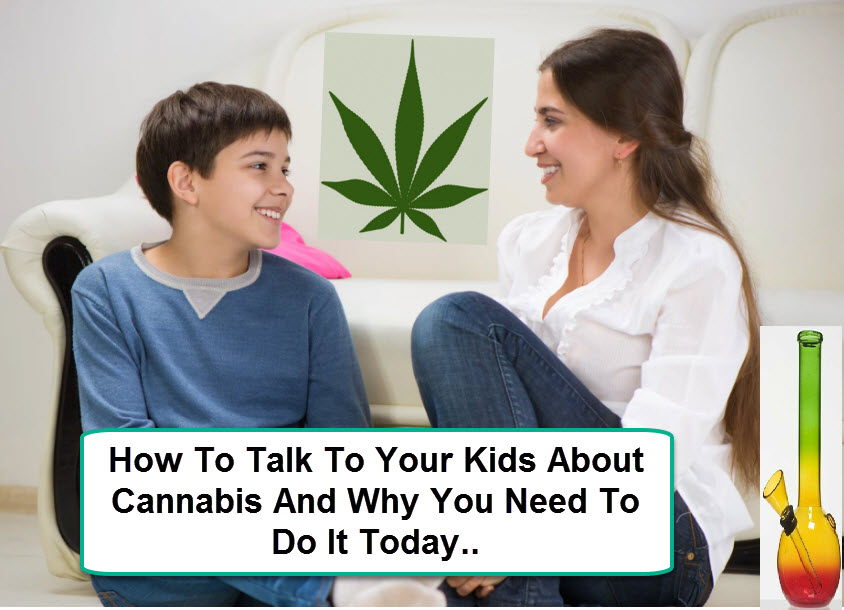 HOW TO TALK TO KIDS ABOUT LEGAL MARIJUANA?

HOW TO TALK TO YOUR PARENTS ABOUT CANNABIS, CLICK HERE.