Home Marijuana News The World Was Suppose to End in 2012 or is It Now 2020? – A Ganja Theory Endeavor

There’s a theory that the world ended when physicists at CERN collided particles to create a micro black hole that sucked in the world as we ‘knew it’ – but immediately settled into a near identical parallel universe.

Of course – we could never truly know whether this happened since we’re consciously aware only of “THIS PARTICULAR MOMENT”. Some people feel like the world got stranger post 2012, and even the Mayans allegedly predicted that we’d be ending an age at roughly that time. That’s because the Mayans worked on a Cosmic Calendar which calculates a cosmic year.

One Cosmic year was supposed to end on 2012 – meaning, we are supposed to be in a “brand new world”.

For eight years – people slowly noticed how the institutions of old initiated a rapid decay. The powerhouse CEOs of old or the celebrities we cherished; were ousted as rapists and human traffickers. A reality star became President of the United States all the while the “cult of sensitivity” began flexing its muscles within a digital environment.

In the beginning of 2020, I could feel it in my gut that “this year was going to be different”. The world was on fire – at least digitally, seeing that the Australian fires were streamed in real time. But shortly afterwards, we heard that COVID was going global. Then – a cathedral burning in France was almost symbolic to how the old ways were being turned to ash. Especially when the world has hit an “all time low” when it comes to following religious institutions.

What’s more, prior to COVID – the world was protesting against an oppressive system. Though China took center stage – the truth was all over the world people were rising up against leadership. In the US – Trump’s presidency wasn’t doing much to quell the political divide. In fact, it seemed it only got wider with him in power.

This led up to protests over police brutality that turned into riots in some places. This led to some people blocking of a large portion of downtown Portland and declaring it an autonomous zone. The Police then declared the protests riots.

Let’s not forget about the MEGA ‘SPLOSION that happened in Beirut that was probably one of the most filmed explosions in a public area we have ever seen.

There was the incident where the Navy confessed that UFOS are REAL and that the Pentagons UFO Program was still in existence.

And we’re still only in September. We still have presidential elections to get though, hurricane and tornado season and then Christmas. All the while we’re in the midst of a pandemic.

If you’re not familiar with Schrodinger’s cat – it’s a thought experiment where a hypothetical cat is placed inside a box and the box is sub sequentially closed. In the box is a radioactive element that may kill the cat if certain conditions are met. However – considering that you can’t see the cat and that there is no way of knowing whether the cat is dead or alive – you can only assume that within a quantum state of non-observance the cat is both dead and not-dead at the same time.

I probably bastardized his thought experiment but if you want to learn more – by all means!

The point being – we’re kind of like Schrodinger’s cat at the moment. We live in a world where everyone has to act as if they have COVID in that we have to socially separate ourselves from everyone – hell, some Canadian officials are suggesting that people start having sex with face masks to “stop the spread”…I shit you not!

With either not enough COVID tests or the fact that most people can’t afford it – you can only assume that we all both HAVE and DO NOT HAVE Covid – save for those who have already been infected.

But the untested majority has to live within this odd-faux reality where we are both sick and not sick or at the very minimal should act as if we are sick even though we aren’t in order to help those who might be vulnerable to COVID – people with poor immune systems and poor health mainly.

Similarly – we live in a society where cannabis is both legal and illegal at the same time. Those who made political clout from prohibition are now suddenly pro weed and it seems to me every day more and more – that nobody has a fucking clue what is going on.

It seems that the illusion of society is unraveling – people are beginning to see the strings and realize the significant bullshit we’re dealing with on the daily.

As I spark on this joint and contemplate reality all I can say – what a strange time we’re living in. 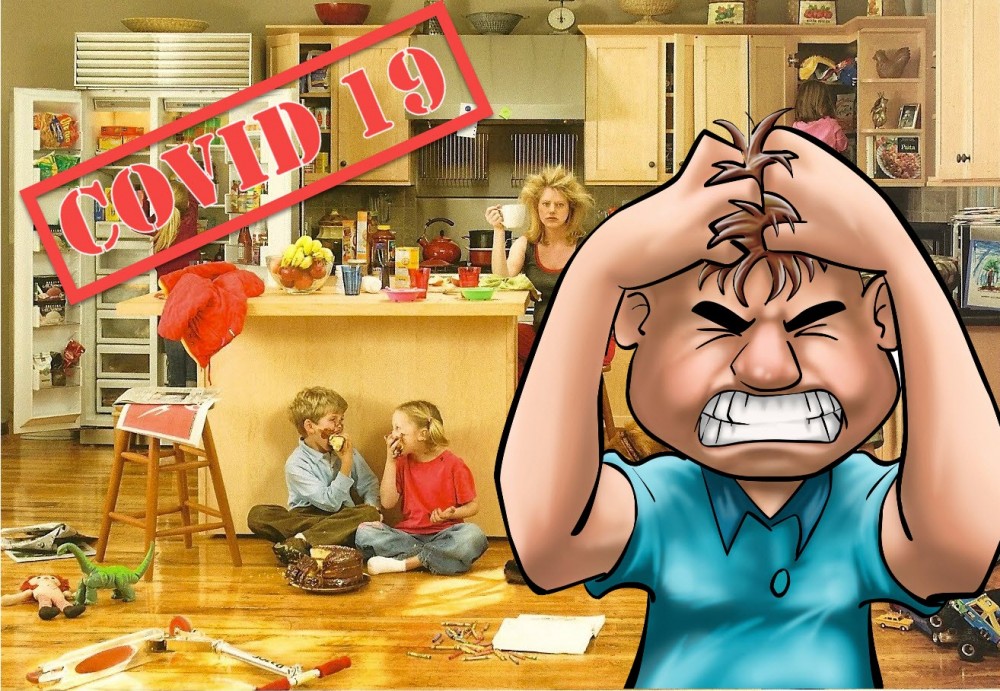 WHY MEN ARE STRUGGLING WITH COVID LOCKDOWN, NEED WEED?