Home Marijuana News Virginia gets real on legalization, aims to move up start date to 2021

Virginia gets real on legalization, aims to move up start date to 2021 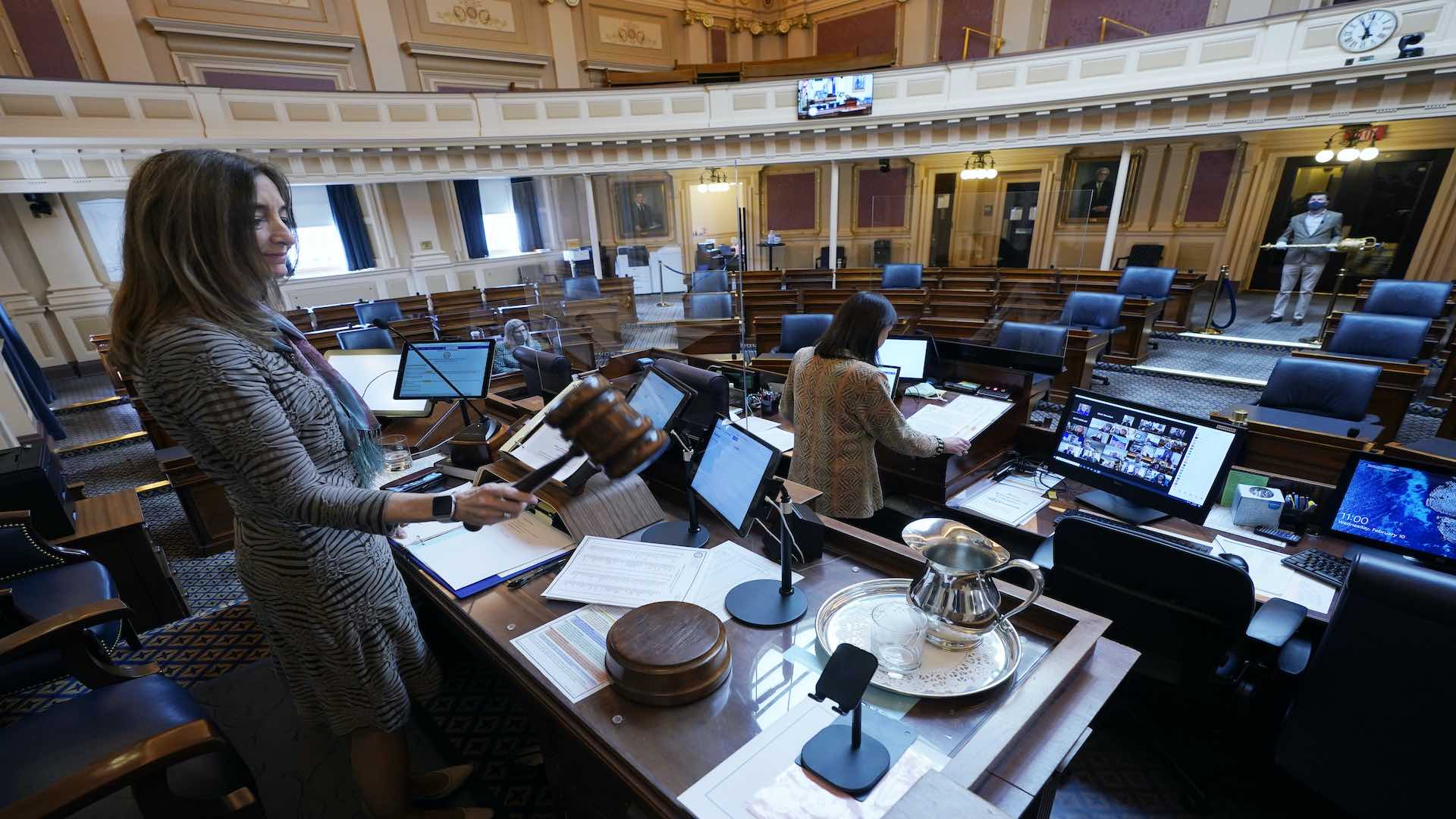 Virginia gets real on legalization, aims to move up start date to 2021 | Leafly

RICHMOND, VA — Virginia’s House speaker on Friday said she supports moving up the date for legalizing adult recreational use of marijuana in Virginia to this summer, a key change pushed by advocates who have sharply criticized legislation approved by lawmakers last month that would delay legalization until 2024.

Democratic Speaker Eileen Filler-Corn announced on Twitter that she will back an amendment to the bill with a July 1 legalization date.

Filler-Corn said she will also push for other amendments, including a provision that calls for people who are currently incarcerated for nonviolent marijuana-related offenses to have an opportunity for resentencing.

Filler-Corn is also calling for an amendment that would automatically seal marijuana-related criminal records for nonviolent offenses on July 1. She also wants the legislation amended to legalize the private cultivation of “a limited number” of marijuana plants for personal use.

‘Legalization is not enough’

Speaker Filler-Corn also called on her colleagues to do more about the historic and current inequities in the enforcement of cannabis laws.

“We must also address the historic targeting of black and brown individuals over non-violent marijuana related offenses,” she tweeted, referring to the three additional amendments she has proposed. “Legalization alone is not enough.”

Virginia lawmakers agree to legalize marijuana, but not until 2024

Last month lawmakers approved a bill to legalize marijuana for adult recreational use, but not until 2024, when retail sales of the drug would begin and regulations would go into effect to control the marijuana marketplace in Virginia.

With that vote, Virginia became the first Southern state to vote to legalize marijuana, joining 15 other states and the District of Columbia. But the bill was roundly criticized by some lawmakers and advocates who wanted simple possession legalized quickly to end penalties for people with small amounts of marijuana.

Lawmakers last year decriminalized marijuana, making simple possession a civil penalty that can be punished by a fine of no more than $ 25.

The legislation to legalize simple possession beginning Jan. 1, 2024, has been on Democratic Gov. Ralph Northam’s desk for a month now. He has a deadline of Wednesday to send amendments to the House and Senate for their consideration. Northam has not said publicly what amendments he plans to make, but suggested in an interview with VPM News on Wednesday that he, too, wanted a faster timeline on legalization.

“I personally don’t think we should be arresting or penalizing somebody for something we’re getting ready to legalize,” Northam said.

“Governor Northam continues to have productive conversations with legislators and stakeholders on amendments to the marijuana legalization bill,” Yarmosky said in a statement.

“The Governor is grateful to the General Assembly for their hard work on this important issue, and he looks forward to continuing to improve this legislation. His top priority is making sure we legalize marijuana in an equitable way,” Yarmosky said in a statement.

House Democrats were behind the 2024 delay

The Senate had sought in its original bill to legalize simple possession on July 1 to immediately end punishments for people with small amounts of marijuana. But some House Democrats had pushed for a legalization date in 2024, arguing that legalization without a legal market for marijuana could promote the growth of the black market.

Democratic Sen. Jennifer McClellan said support in the Senate for the July 1 date has not changed.

“I’m glad to see the House appears to be coming around to our position on the July 1 date. That gives me even more confidence that that’s what’s going to happen,” said McClellan, who is running for governor.

The 2024 date had also drawn sharp criticism from the American Civil Liberties Union of Virginia, Marijuana Justice and other racial justice advocacy groups.

Chelsea Higgs Wise, executive director of Marijuana Justice, said she is pleased that Filler-Corn has thrown her support behind the July 1 legalization date.

“It sounds like they are making the correct amendments to meet the demands that racial justice advocates have been pushing for, so this is really exciting,” she said. “I’m really thrilled that the political will has shifted … to repeal the prohibition of simple possession now and to repair people’s lives by releasing, resentencing and sealing records.”