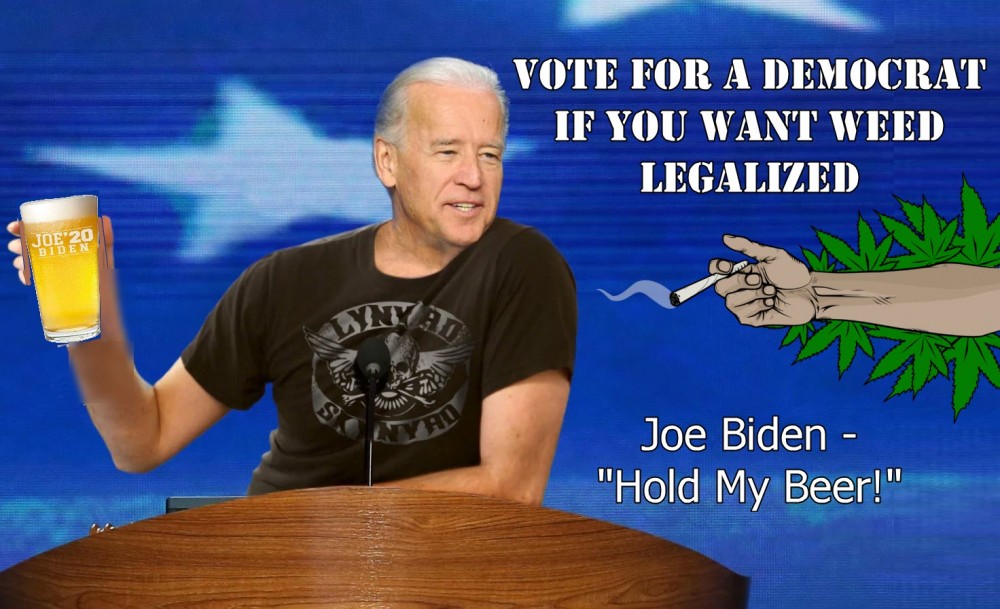 In the bizarre political landscape we currently live in the most obvious choice for a pro-cannabis legalization candidate just got turned upside down.  Generally speaking, Democrats are much more cannabis friendly and liberal in general, whereas Republicans tend to be more conservative and against full marijuana legalization.

Joe Biden is currently leading the Democrat field with Elizabeth Warren and Bernie Sanders fighting for 2nd and 3rd place.  Together, the 3 control just over 67% of the popular Democratic poling vote, with 12 other candidates fighting over the remaining 23% of Democratic voters. In reality, that means it would take a miracle for someone with a last name other than Biden, Warren, or Sanders to be the Democratic nominee to challenge Donald Trump in November of 2020.

Not so fast, Joe Biden has a long history of being tough on drugs and a big supporter of the failed war on drugs.  In this week’s debate he doubled down, and probably swung more moderate voters and undecides to vote for Trump if marijuana legalization is a primary issue.  Biden said in his most recent debate:

“Nobody who got in prison for marijuana, for example—immediately upon being released, they shouldn’t be in there. That should be a misdemeanor.”

That’s right, instead out legalization we get marijuana charges as a misdemeanor crime.

The leading Democratic candidate is not leaglizing cannabis but switching it to a misdemeanor crime.  The entire 13 Democratic candidates left all want cannabis legalization, but for Democrats, the guy most likely to get the nomination is still living in the 1960s and wants to keep cannabis a criminal offense. Joe Biden is 76 years old and it may explain why, although he is a Democrat, his cannabis views are rooted in years of fighting the war on drugs and trying to keep drugs off the street of America.  You would think he would have learned by the fact you can get weed or cocaine in almost any high school or college bathroom in America, that his view of how to stop drugs in America failed and he should try something else.

What a bizarre world.

Just when you think it would be an easy layup to vote for a Democrat to get marijuana legalized at the Federal level, Joe Biden turns the tables and makes President Trump look like the best vote to get cannabis legalization at the Federal level passed in the next 4 or 5 years.  Trump has said he is not for recreational cannabis but sees value in medical cannabis and thinks states should be able to make their own policies around cannabis without the Federal government interfering.  As we stated in a previous political article here, would you take the trade of Trump as president for another 4 years if it meant legalized cannabis at the Federal level.  People laughed but it may very well turn out that if cannabis legalization is your primary issue of voting for a candidate for President, and it comes down to Joe Biden or Donald Trump, then Trump is your weed guy!  A Republican in a Democrat’s weed sheep skin.

Cannabis.net has recommened all along that the correct and reasonable Federal cannabis policy should be full medical legalization at the Federal level.  All medical cards are valid in all states and respected as medical prescriptions.  Recreational cannabis should be left up to the states. If you live in the Bible Belt and don’t want recreational weed, so be it.  If you live in those states and your kid or cousin is sick or has PTSD, you can still get a medical card.  If you live in one of those states and want to use it recreationally, you may have to move to a more weed friendly state.  Everyone wins with that compromise.  Once tax dollars start rolling from cannabis sales, in the majority of non-ultraconservative states will legalized recreational cannabis sales in one form or another.  If you honestly live in a very conservative state and the majority of people don’t want recreational cannabis, so be it, don’t have it. This is America, where the majority in your state should vote on it, if you don’t like it, move to a different state.

TRUMP FOR WEED? READ THESE…

WOULD YOU TAKE TRUMP FOR WEED LEGALIZATION, CLICK HERE. 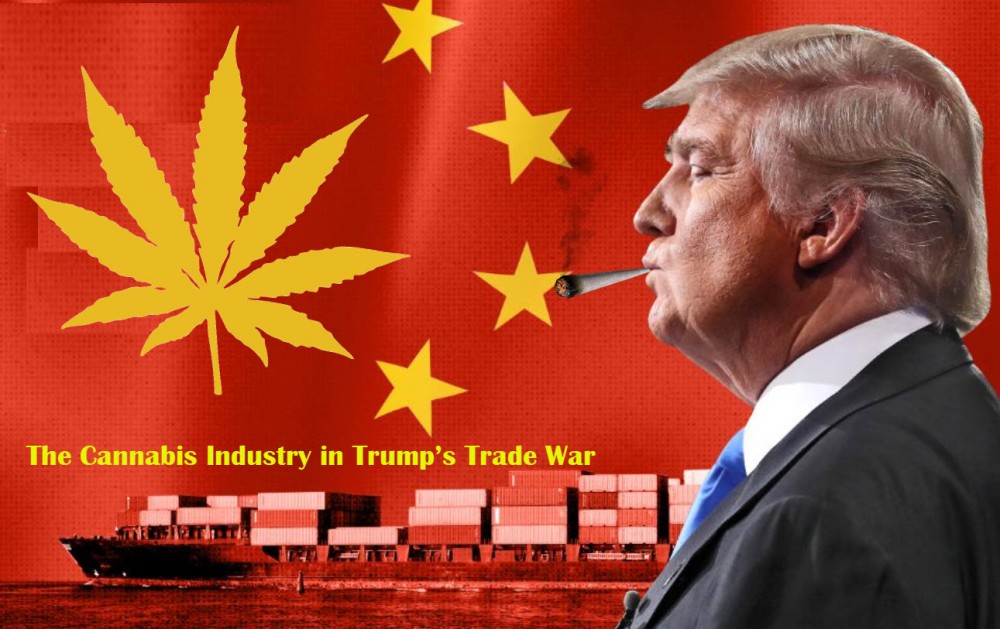