Weird Things That Have Caused More Deaths Than Weed

Weird Things That Have Caused More Deaths Than Weed 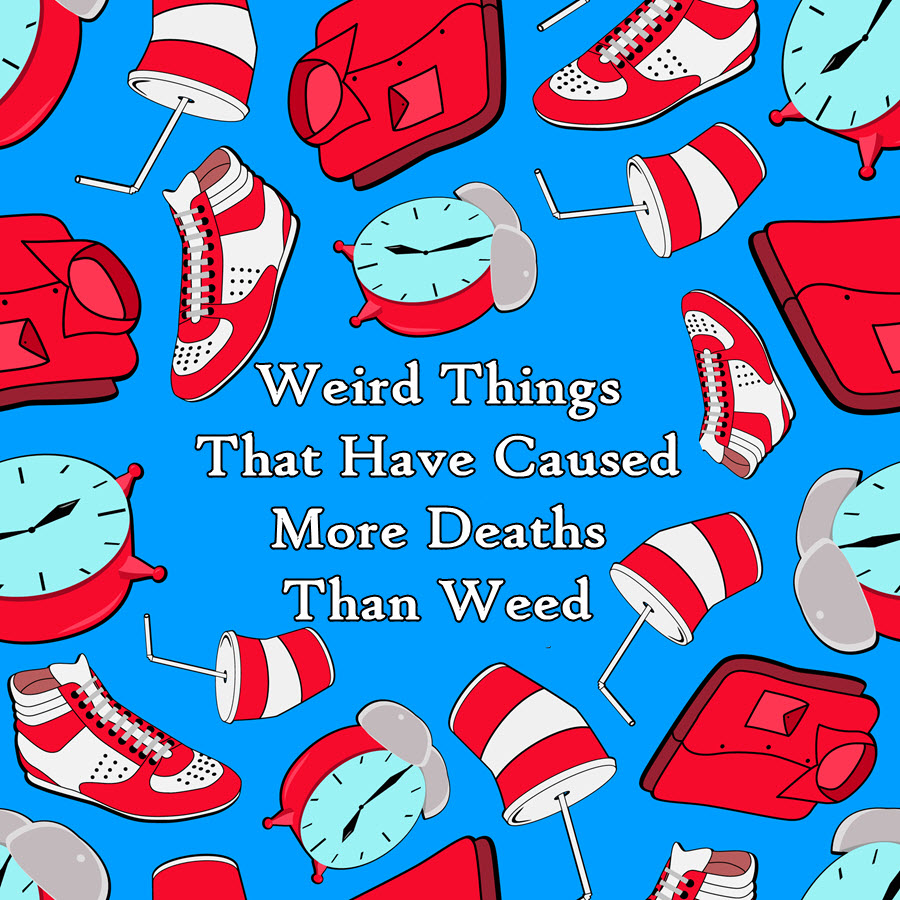 The reputation surrounding the use of marijuana over the years has been majorly hostile and this is due to the efforts of anti-marijuana lobbyists and the beliefs of many ill-informed and judgmental people. These set of people advocate for the complete elimination of marijuana instead of its legalization. They use the results of dubious health studies conducted and their own absurd beliefs about marijuana and its users to back up their claims. This is quite ironic since many of them have used marijuana successfully in the past with little or no negative effects on them previously. But as it’s often the case with these kind of people they’d rather follow the trend than think and make decisions for themselves.

Many of these people that are against the legalization of marijuana are engaged in it for their interest as the majority of these lobbyists work for tobacco and alcohol industries. They offer money to politicians to ensure that marijuana is not legalized. These sets of people also tout the myth that cannabis users are a bunch of lazy and useless people who only get high and bum around all day, a claim which couldn’t be further from the truth. It can be said that they’re scared of what the industry can become because despite the hindrances the cannabis industry has grown to the extent that it makes billions of dollars in revenue every year and has prospects for so much more as its full potential is yet to be reached.

It is also important to note that despite the above there have been no objective studies pointing out any dangers of smoking marijuana, all we’ve heard so far have been bogus claims by critics who refuse to see the truth. If science is to be believed, it is much healthier than alcohol and cigarette consumption in terms of physical and mental health. There have been no major incidents or dangers from the smoking of marijuana but rather it has several medicinal benefits that have shown prospects in treating and eradicating several diseases.

Speaking of danger and death, there are over a dozen other things that are seemingly “harmless” and safe but have led to more deaths than marijuana. A couple of which include:

It is estimated that over 47,000 people die yearly as a result of a prescription drug overdose. The majority of these recorded deaths are based on those who actually bought the drugs from a dispensary or pharmacy, and do not even include the thousands  who turn to the streets to get these drugs. Alternative sources of getting drugs are skyrocketing because users look for anything that will take the pain away at a cheaper price and most often than not these drugs terribly deteriorate quality  of life and can lead to death. In contrast to all this negativity, marijuana relieves pain, soothes and relaxes users while being relatively cheap and easy to obtain. But guess which substance is facing roadblocks and booby traps at every turn!

Alcohol consumption is a major cause of deaths yearly with figures going as high as 88,000 per annum with drunk driving accidents, liver and kidney failures accounting for the highest numbers. Excessive drinking of alcohol is what often leads to fatal accidents and death. On the other hand, a fatal dose of marijuana is around 15 and 70 grams meaning the person would have to smoke about 238 and 1,113 joints of marijuana to achieve a fatal dose. This is quite ironic as the major opposition to the legalization of marijuana comes from those who consume alcohol in large amounts. Marijuana offers a cleaner bill of health and saves money compared to alcohol.

Sounds funny I know, but contrary to what you might think coconuts can be very dangerous. About 150 people are killed on an average yearly by coconuts that fall from trees which isn’t an overly large number but when compared to the zero recorded death of marijuana pales grossly! Standing too close to a coconut tree is dangerous and life-threatening for everyone. Marijuana, on the other hand, hasn’t been shown to kill anybody yet which makes it safer than the coconut.

It seems vending machines are not all they seem as they are becoming very dangerous with the records showing that about 37 people are killed by this seemingly harmless machine yearly. These deaths are usually as a result of attempts by those who try to get free items or snacks out of the machines by tampering with it. At other times, the machines get stuck and those trying to retrieve their snacks could fall victim to death by a vending machine. This just shows that the seemingly harmless things could cause death while the supposedly harmful ones don’t.

This is arguably the most bizarre item on this list. Deaths occurring from accidents related to spoons are quite high when compared to those associated with marijuana usage. From spoon swallowing to choking on spoons, the possibilities of spoon accidents goes on and on, contrary  to what you might think, ‘relatively safe and harmless’ spoon is quite capable of causing deaths.

In summary, those who advocate against the legalization are only embarking on a smear campaign and have no solid evidence to show what harm or danger that cannabis has caused for those who use it. Rather, other things require their attention than the purported danger from marijuana. Despite their efforts, it is only a matter of time before their efforts come to naught and marijuana gets full legalization as more research is being embarked upon and its several benefits are being fully discovered and made use of for the successful treatment of several diseases and illnesses. The train has only begun moving as marijuana is set to become an even bigger commodity in world trade in the coming years. 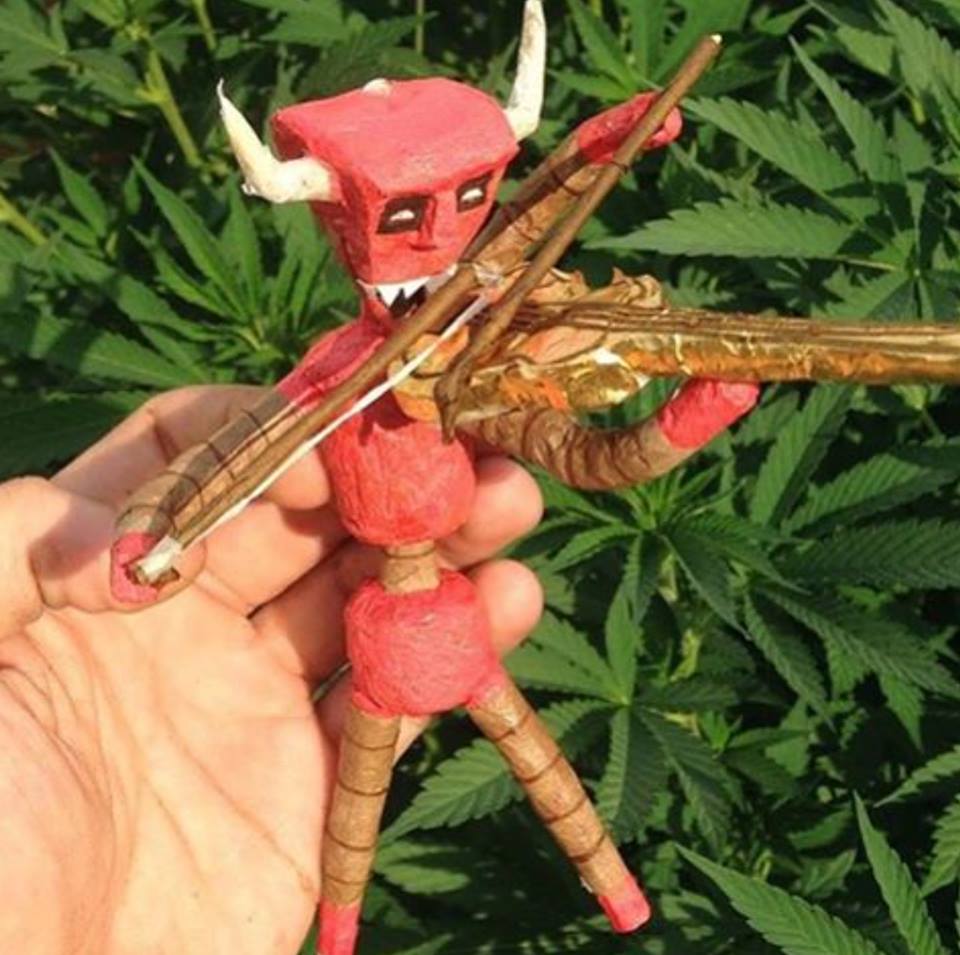 10 DEADLY SUBSTANCES THAT ARE LEGAL BUT WEED IS NOT…

NO, MARIJUANA DID NOT KILL YOUR SON, READ THIS.