Home Marijuana News What Do Chocolate and THC Have in Common?

What Do Chocolate and THC Have in Common?

What do Chocolate and THC have in Common? 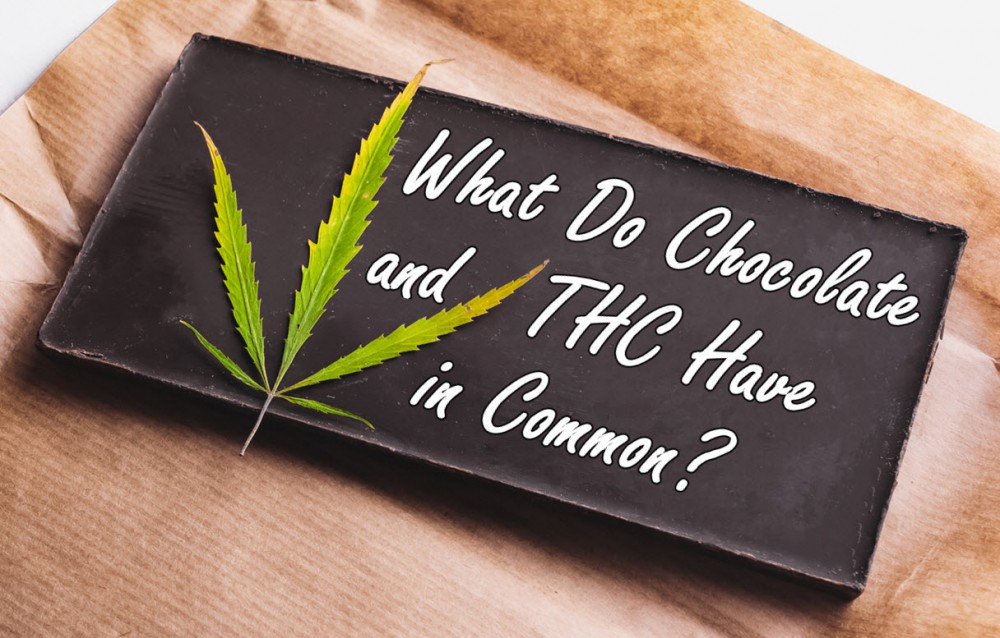 Anyone who ever was introduced to a cannabis edible most likely was first introduced to weed-infused brownies. Or something else that was chocolate-based. Chocolate for many is the fallback something to eat when they feel depressed or sad. But why is that? For many years, more like centuries, chocolate was and is considered to have medicinal properties. Very much like cannabis. The ancient Americans had more than 1000 medicinal uses for cacao. Some of these refer to mood elevation and restorative properties.

Chocolate even shares similar historical anecdotes to Cannabis. In the 17th century, chocolate was considered to be abused in Mexico. Dark chocolate was used for recreational and medicinal purposes especially by nuns in the New World. They consumed a lot of it. A restriction was put in action and the nuns had such withdrawal symptoms that it was noted as a “disease of hysteria”.

But what makes Chocolate and Weed so similar?

Chocolate, weed, and love share the same thing. They all have an association with the endocannabinoid system. They all prompt the release of anandamide which in turn acts on the cannabinoid receptors. They might be different in the way they produce their effects, but they all act on the same receptors.

There are many similarities between cannabis and chocolate.  Both come from plants and both have three types. Chocolate comes in dark, white, and milk chocolate. Cannabis has Sativa, Indica and Ruderalis plants. When you eat chocolate, it has chemically a very similar effect to consuming cannabis. So, when you bring the two together, you get an elevated happier-than-happy feeling. Cannabis also heightens the enjoyment of taste and texture. This lets you experience the flavors of chocolate even more. Chocolate is already considered to be a whole food as it has minerals and antioxidants. The only thing that can make chocolate better, is cannabis.

How does it Work?

Cannabinoids are fat-soluble chemicals found in plants and mammals. It has also medicinal properties. THC in cannabis is one of the most studied cannabinoids and also one of the most notorious ones. THC, when activated, has psychoactive properties. In the endocannabinoid system, there is a cannabinoid neurotransmitter, called anandamide (n-arachidonoylethanolamide, or AEA) that is also present in chocolate. Anandamide is a naturally occurring endogenous cannabinoid in the brain and the nervous system. It plays a vital role in feeling good. In Sanskrit anandamide means bliss derived from the word Ananda.

The cannabinoid receptors are structures on the surface of the cell that lock onto certain molecules. This allows a signal to go through the cell wall in a lock-and-key system manner. THC interacts with these receptors where anandamide is also found. Anandamide is very different from THC as it naturally occurs in the brain. Anandamide let us feel happy and content. Anandamide will also be spiked when people do exercises or run. That is why people in a way could get addicted to their workout programs.

Cacao has a small amount of anandamide, but there are two other chemicals in much higher concentrations in chocolate that could mean why it enhances our spirit so much. The compound N-oleolethanolamine (OEA) is known for restraining weight gain. Another compound N-linoleolethanolamine (18:3 NAE) is a known anti-inflammatory molecule. They are structural cousins of anandamide that hinder the metabolic breakdown of anandamide. It is likely to do the same to THC and CBD and therefore causes the compounds to stick around longer and prolongs the effects providing more benefits.

The mood-elevating effects are compounded by theobromine. Theobromine is a primary stimulant in chocolate. It is also a vasodilator that functions as a driver to transport chemicals and nutrients into the tissues and cells. In addition, it amplifies the effects of anandamide in chocolate because it also enhances mood.

THC is a fat-soluble molecule and the fats in chocolate interrupt and disrupt THC signaling. What does this mean? Anandamide found in chocolate metabolizes very fast by fatty acid amide hydrolase (FAAH). This could possibly lead to the disruption of THC signaling. As it binds with the same receptors as THC and metabolizes faster, it could dominate the THC receptors and hinder it from binding. The good news is that the effects are super minimal. Patients with a low tolerance for the psychoactive effects of THC might actually benefit from this as the sensation is dampened.

There is not a disrupting effect when it comes to CBD. The breaking down of CBD does not happen the same as with THC. For therapeutic value, CBD chocolate-infused edibles are not affected. The signaling interruption of THC is so slight, that the only thing that really happens, it that the potency rating might not be as accurate as it would like to be.

If there ever was a reason to love chocolate, it just got better. Chocolate and Cannabis together create an unbeatable pair! 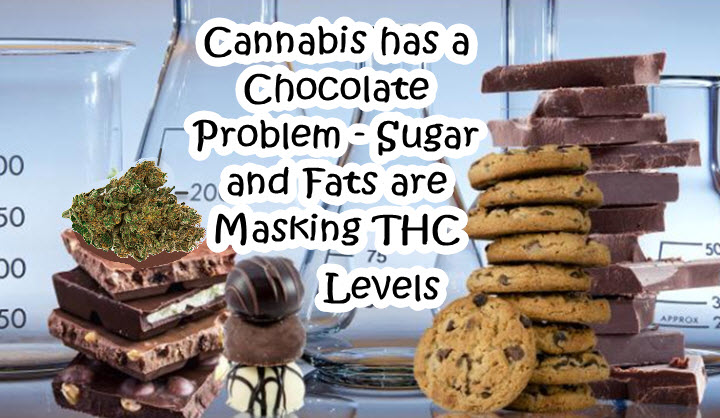 IS CHOCOLATE HELPING TO MASK THC LEVELS IN EDIBLES? 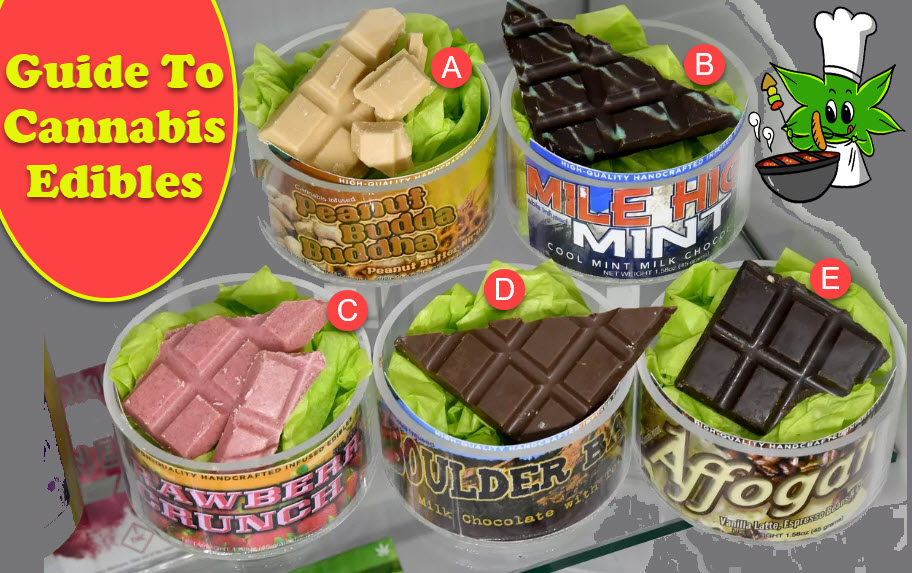